Based on the Javelin, too : The P.505, a project for a tactical strike/recce
aircraft to GOR 2, with a RR Conway RCo11 and four RB162 lift engines, to
achieve STOL performance.
(frm : Adward: Gloster Javelin)

Yech, what were they thinking that is truly ugly :

Barrington,
I remember reading in Air International magazine several years ago that these types of aircraft were extremely difficult to fly until the all-moving tail was added improved stability issues to where they were fairly safe. Was that true to your knowledge?
B

Sorry not an expert on the Javelin but I do believe the tailplane caused quite a few headaches for the designers.

Barrington Bond said:
...the tailplane caused quite a few headaches for the designers.
Click to expand...

Exactly. That was the main problem with the design. The Americans may have had a similar plane that had this same problem. I finally remember it was a 'swing wing' variable geometry aircraft that could have been tested for the Navy, but it never caught on because of handling issues. Range was pretty good, though.

Here's the Wikipedia entry for the Navy prototype:

It was nearly uncontrollable until the all-moving tail was added and then it was only tolerable. The Navy didn't buy it and prototypes were all they built.

May issue of the British magazine 'Aviation News' includes an article I have written about Gloster Javelin projects. There is some material on Project Guardian, and also the P.293 which would have been bigger than a Javelin.
Click to expand...

Definitely worth checking out.
A

It seems to be the start of a new series in
this magazine.
Is there any way to obtain single issues..?

I contacted them Thomas.
I'll keep you informed..

The May 2009 issue of Aviation News included an article I had written about some proposed variants of the Gloster Javelin. One of the projects was the P.293 and I'm afraid the drawing was missed. Therefore, please find it attached. Hope you like it!
Best Wishes to all.
Tony.
Click to expand...

Thanks a lot Tony
B

Drawing of the F.153D. I have not seen this before. It is from RAF Fying Review April 1962. Hope this is the right place for this.
Updated with pictures of the wind tunnel model. I think you are right Paul about the missing tailplanes.

Putnam drawing of the P.376 / F153D. Not sure that Flying Review drawing is accurate - I think it was made from a photo of a single wind tunnel model without tailplanes fitted.

Regarding the Delta + T-tail Javelin design ( & was there another one built anywhere?) - was this an RAE thing?

I ask, since AFAIR, E.E. had a bit of drama in keeping a T-tail off the P-1, with the RAE insisting it would be better..
..even to the bloody minded extent of building a full scale test plane.. & they were wrong..

T-tails were a fad in 50s fighter design. Their advantages (smaller size due to greater moment, lower drag due to tailplane undisturbed air in low-AOA flight) are outweighed by the disadvantages of tail blanking by wing airflow at higher AOA.
J

PaulMM (Overscan) said:
T-tails were a fad in 50s fighter design. Their advantages (smaller size due to greater moment, lower drag due to tailplane undisturbed air in low-AOA flight) are outweighed by the disadvantages of tail blanking by wing airflow at higher AOA.
Click to expand...

Indeed, the 'deep stall' phenomenon has cost more than a few lives, not that the Delta per se is that prone to it..
More often perhaps a T-tail is seen for practical reasons on airliners with rear mount podded engines..
..&/or military transports with rear cargo loading concerns.

Looking at Tony Buttler's new BSP Jet Fighters I was struck by how the Thin Wing Javelin seemed to have an even blunter inboard section that the original Javelin. 'Could that really make it faster?'

Well, a bit of digging on http://aerade.cranfield.ac.uk/ produced the attached PDF, which indicates 'yes'.

A very interesting approach to wing design, different from the US (and Avro Arrow) approach to making the whole wing as thin as possible. Thin wings bring problems that this was aiming to avoid.

Looking at the Fairey Delta III it also seems to have a fairly blunt and thick inner wing. Suddenly some of those 1950's British designs look less 'wrong'.

Has anyone ever trialled something like this in real-life?

and here is a drawings to two Gloster Project.

...always wondered why the so-called thin wing Javelin projects did not have thin wings at all.

Despite this, outer panel was 5%, so average was 7%; in effect thinner, but with the benefits of a lighter structure due to deeper root.

Original intent was 7% for the whole wing, but the chosen option was seen as better overall due to lower weight.

There was a 5% wing discussed for the ultimate P.376 that is in all the books, but this was rejected in favour of the projected fat/thin wing, and Mach 1.8ish was supposed to result.

Despite all the articles on F.155, it seems F.153 was of more interest in some ways (and one prototype was being built).
V

More info about the Gloster P.376 is found in Tony Buttler's British Secret Projects: Jet Fighters Since 1950 but also the following link:

There was a more Projects in a book about Javelin,but I don't remember its name now.

Here’s a nice picture for you;- never published before and it’s from my personal collection
It’s taken from the GA6 (Thin Wing Javelin) project cancellation report and was used as evidence of progress to validate final cost claims.
It shows GAC Bentham in the spring of 57, and depicts the Aircraft central fuselage section jig, the angled VTP pick up would be on the LH side and fuselage frame 1 (radome) pick up on the RH side. The jig is empty as assembly of the segments which make up this section had not started. If you look very carefully RH side of the photo, deeper into the shot against the wall, you can see the two cockpit side segments in their jigs;- you’re looking at inside wall of the cockpit, the lower vertical panels are the sides of the nose wheel bay. These are bits of the first flying prototype (XG336), again probably the first time these have been seen in public. 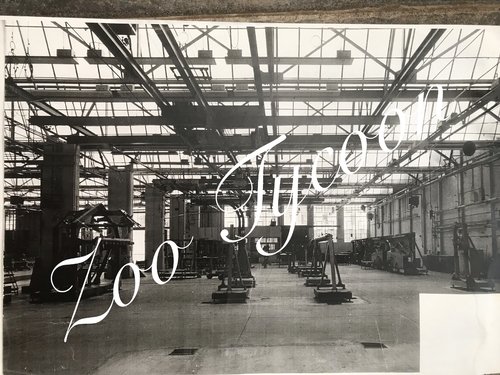 I have some more pictures of the segments and wing panels etc which I can add as time permits.
Last edited: May 5, 2020
N

So another few pictures from my personal collection to illustrate the progress on the GA6, Thin Wing Javelin first prototype at cancellation.

The first is drawing that depicts the major sub assembly that would have been built in the jig in my previous post above. (Minus the radome) 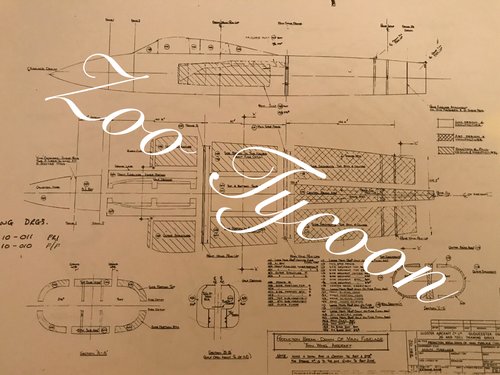 The drawing shows the segment breakdown for the fuselage sub assembly.

A few things to note;-
- This is the P371 and not the P376 which is commonly used to depict the TWJ. More on that later.
- The method of construction is geared towards mass production rather than aircraft performance. The segments method permit easy access to all parts location even for a large number of workers, but joining each segment together needs more fasteners, doubler/fish plates etc which adds weight which kills performance. It’s quite revealing of the mindset at GAC.

The next drawing show the complete rear fuselage sub assembly, minus the skin. The skin is not shown in this drawing purely to illustrate the inner frames/other interior structure. 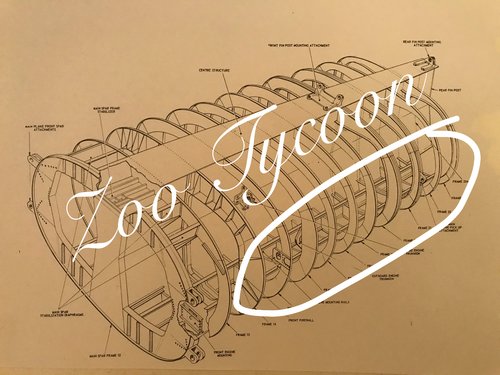 The circle region is the segment below;- 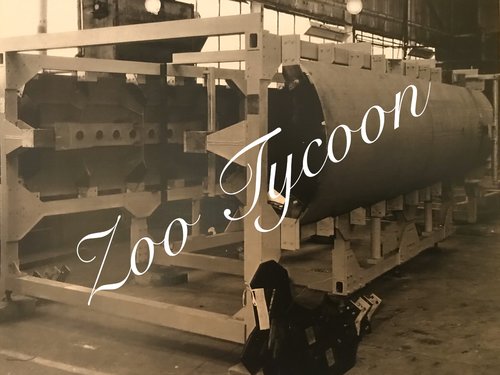 Again these are parts of the first prototype XG336.

The P371 lacked a competitive performance when compared to similar aircraft which were then emerging. It could manage about 1.2-3 Mach with two missile and would have first flown in maybe spring 1958. Compare that to the McDonnell F4, 2.2 Mach, eight missiles with its first flight in May 1958.

The 1.8 Mach capable P376 emerges too late and updating XG336 to the new standard, in particular the supersonic intakes doesn’t seem to have happened, maybe not even considered.

Zootycoon said:
The 1.8 Mach capable P376 emerges too late and updating XG336 to the new standard, in particular the supersonic intakes doesn’t seem to have happened, maybe not even considered.

Very, very interested! Thank you for posting these.
Z

I started in the U.K. aero industry in 1980 and have worked on a fair few projects. I’ve had the pleasure of working with a good number of brilliant engineers with surprising project histories, including Blue Streak, Black Knight, SR53, SR177, Valiant, V1000, TSR2, Hotol, AW681, P45, Bloodhound even Avro Arrow not mention some of the more commonly known ones. These guys were still around in eighties and early nineties.

I’ve worked with no fewer than three former GA6 guys, one of which passed me this report from being hidden for years in the bottom of his cupboard. He told me that he considered the GAC management as arrogant, risk adverse, and complacent even before GA6 cancellation. He also mentioned that after GA6 cancellation, Sir Roy Dobson, Group Chairman, visited Gloster’s to review the work force ramp down, redundancies etc. Gloster’s took the opportunity to present a proposal for a HSA funded research aircraft based on the GA6. The major issue was the lack of the Oly 07R engine so it proposed to used the bits of GA6 already produced, together with new/heavily modified central fuselage to install three Sapphire S-7R’s. Doby took no notice but I guess he was inundated with such requests from Camm. I’ve never seen such a project in any of the literature. GAC, lost there production capacity in 60 but tried to keep a major aircraft component design capability;- bidding on projects, unsuccessfully, taking in work from other parts of HSA group, Blue Steel airframe, 748 rear fuselage, and AW681 rear fuselage. But most of the talent headed south to BAC Bristol to work on Concorde. And that was that finally closed in 66.
Last edited: May 6, 2020
R

New here, so hopefully not breaking too many rules first time out. I’ve linked a brief article I wrote on the TWJ, basically a review of the free flight model report reference above, but in the context of a comparison with another HS group delta being developed in the same time frame. I am struck by the similarity between the proposed wing and that designed for the Vulcan phase 3; in the absence of any wind tunnel data for the latter (delighted if someone has some), it looks like it would have worked well on the bomber. That said, the Phase 2C eventually adopted for the Vulcan B2 was pragmatic and got the job done.

Incidentally, there might be some confusion above with regard to the T-tail. The models had this replaced by the streamlined body of equivalent drag mentioned, in order to remove the other aerodynamic effects of the tailplane. It certainly would have been fitted to the aircraft.