As per this item today (10-Nov-2014), Gizmodo is starting a series of posts "showcasing the work of some of the most noted aerospace artists."
They start today with Attila Héjja (Hejja):
The Hungarian-Born Painter Who Immortalized America's Space Program
by Atilla Nagy, Gizmodo - 10-Nov-2014

In a way, artists are the most important men and women in the aerospace industry when it came to visualizing the visions of the near (or far) future from engineers, scientists and experts. The first piece of our new series showcasing the work of some of the most noted aerospace artists, is about to pay tribute to the exceptional talent of official NASA artist Attila Héjja (1955-2007). . .
Click to expand... 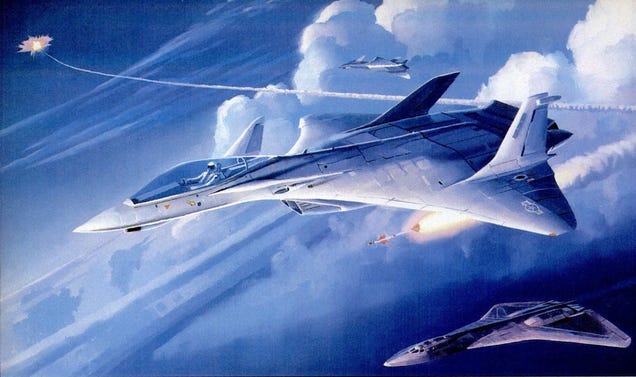 Today, we meet an artist who does the same—except that this American illustrator, Paul Fjeld, bases his work on the actual transcripts of missions. It's science and art in equal measure, and it's beautiful.
Fjeld is both an illustrator, writer, space expert, and official NASA and U.S. Air Force artist—he's one of the best known aerospace artists of our age. He was born in Baerum, in Norway, in 1955, grew up in Montreal; and lives in Salem, MA, today. He's written and illustrated articles on the Apollo moon missions for The Montreal Star, and created space paintings on Apollo, Skylab, ASTP, and Space Shuttle missions used by NASA, CBS News, National Geographic Magazine, Aviation Week & Space Technology, and other publications.
Click to expand... 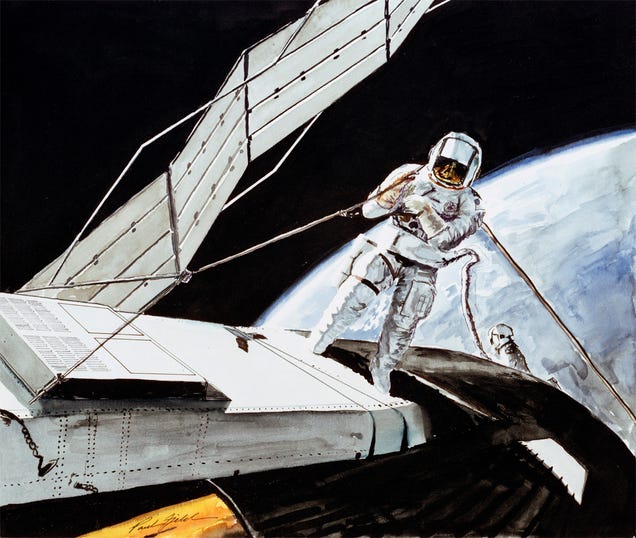 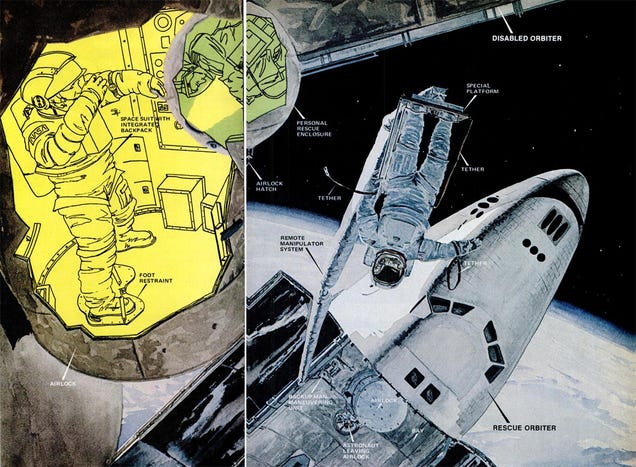 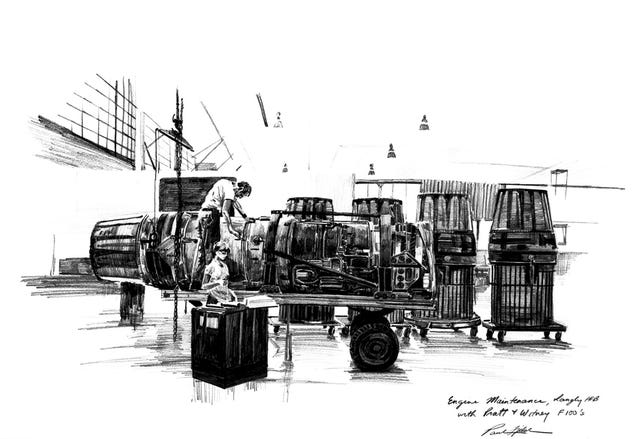 http://gizmodo.com/27-paintings-from-the-most-famous-space-artist-on-earth-1658853307
27 Paintings From the Most Famous Space Artist On Earth (And Off)
by Attila Nagy
24-November-2014
Gizmodo

The third piece of our series featuring the most famous aerospace artists, beginning with Attila Héjja and Paul Fjeld, is dedicated to probably the famous space artist: Bob McCall. His work can be found on U.S. postage stamps NASA mission patches. He created concept art for several NASA programs and illustrations for magazines depicting man's conquest in space. His murals can be found on the walls of the National Air and Space Museum, the National Gallery of Art, The Pentagon, Epcot, and Lyndon B. Johnson Space Center.
Click to expand...

Some examples of his work (many, many, more examples - including illustrations for "2001: A Space Odyssey," are at the Gizmodo item linked above): 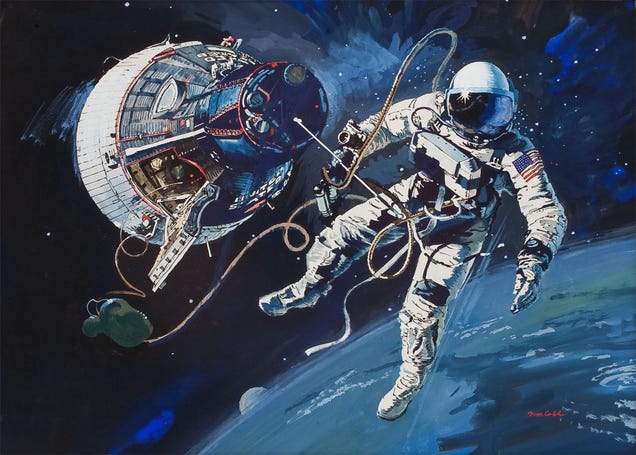 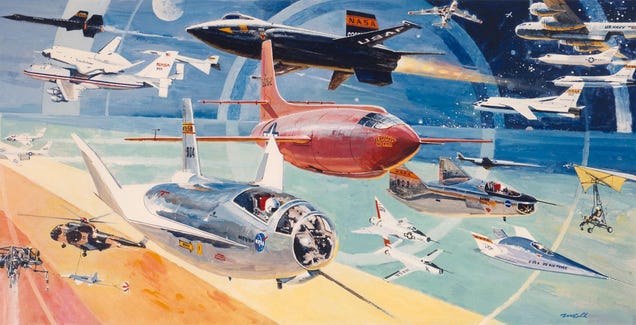 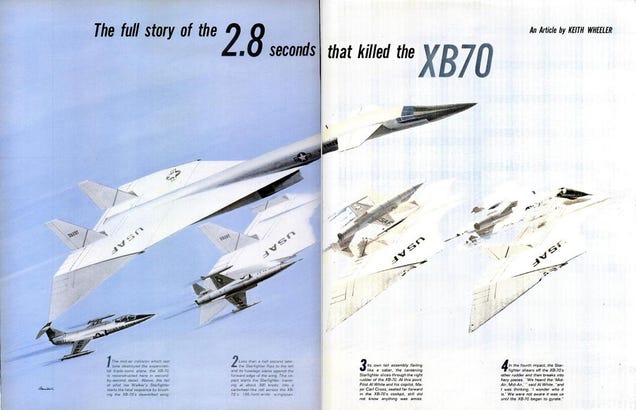 http://gizmodo.com/the-forgotten-space-artist-who-envisioned-the-end-of-th-1668805954
The Forgotten Artist Who Envisioned the End of the Space Race
by Attila Nagy
Gizmodo, 16-Dec-2014

In the fourth piece of our series on legendary aerospace artists, we pay tribute to an illustrator who's responsible for creating some of the most inspiring cutaway illustrations of all time—yet we hardly know anything about him, and his name is in danger of being forgotten. We're about to change that.

Davis Paul Meltzer was born in 1930, in Huntingdon Valley, Pennsylvania, and attended school in Newtown, Pennsylvania. Both his parents, the late Arthur Meltzer and Paulette Van Roekens, were highly respected fine art painters—and he inherited their great talent. During his career as a freelance artist he created stamps for the U.S. Postal Service, painted dozens of sci-fi book covers, worked for NASA, and worked as a scientific illustrator for 30 years at National Geographic. You can still browse and license some of his work at NatGeo or other image agencies.

"Computers have rendered my services as an illustrator null and void. I'm essentially a dinosaur in this age of blogs and Googles," he told The Georgian, a publication of George School, in Newtown, PA, in 2005.
Click to expand...

Here are some examples of his work (more are at the link above the title):
Apollo-Soyuz Test Project (ASTP) 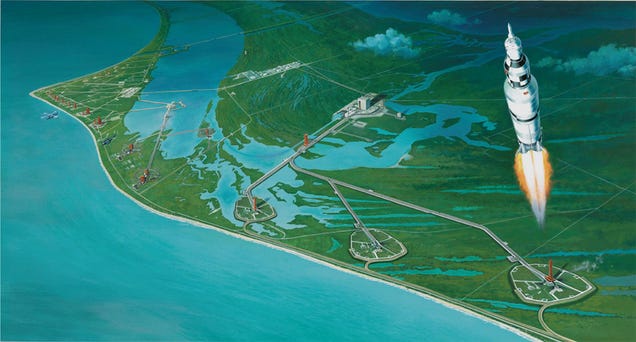 Looks like Christie's had an auction of National Geographic art back in 2012, and the Saturn V piece and a lunar colony item were both part of the auction.
S