here is a story of Mr. George Fernic from his first aeronautic and his airplanes;

Mechanics were in his very blood. He studied at Academia Theresiana in Vienna, then in 1919 he went to Germany, where studied aerodynamics. In 1924 Fernic took over the bankrupt company Deutscher Lloyd Flugzeug Werke near Berlin and became its design director. For commercial reasons the company kept the original name. Here Fernic designed and built aircraft of his own design (Albatros Fernic B.II; Albatros Fernic B.III; Albatros Fernic L.26; DLFV Fernic D.VII), but also in order after the customer projects; he designed and built also a car called Fernic.
Early in 1927 George Fernic, with 2,500 flying hours to his credit, went to United States. First, he worked at Bellanca Aircraft Company in Marinero Harbor, then he bought Bellanca and founded Fernic Aircraft Corporation in New York. George had another passion: he participate whenever he has the opportunity to automobile racing and rallies, even at Indianapolis where he won the 500 miles in 1927. Fernic produced a model tandem-wing monoplane which immediately attracted the interest of experts. In wind tunnel tests, arranged by Guggenheim School of Aeronautics at New York University, the principles advanced by Fernic were substantial, and a great airplane with auxiliary wing mounted on the fore end of the fuselage, was built. The principle of "canard wing" is used today at famous air-fighters as Eurofighter or Saab 37 Grippen. The airplane was patented as FT-9 (Fernic Tandem 9) in 1929.
The second airplane of George Fernic, FT-10 Cruisair, a mono-motor for school and training based on same principles, obtained approvals on July 11, 1930. This airplane was also highly appreciated by connoisseurs. Intending to promote his products, George Fernic began in the summer of 1930 a demonstration tournament in America, managing to obtain a considerable number of orders. Unfortunately and inexplicable, on October 22, 1930, flying at Chicago, George G. Fernic died the death of an aviator. He joined the noble army of the pioneers, leaving a meritorious contribution to the progress of aviation.
Click to expand...

And here is the original FT-9 Model.

According to this article the FT-9 had space for eight passengers, but was intended to be converted to a two seat airplane in order for a record breaking flight from New York to Bucharest:
http://www.poezie.ro/index.php/article/223112/Inventatorul_si_pilotul_Ge

Oh, and you can see the FT-9 nose over on landing in this video:
http://www.britishpathe.com/video/safety-plane-crashes-on-first-flight

(Note that this flight was reportedly not the first flight, but rather a later one).

Thank you my dear Avimimus.

Very interesting planes. The FT-9 seemed to be a very Advanced Aircraft.

We can see that this landing is only a little crash (weakness of the front Wheel ?).

A photo from Aero Digest of the FT-10 at Curtiss Airport..

Yet another picture of the FT-10 Cruisaire. 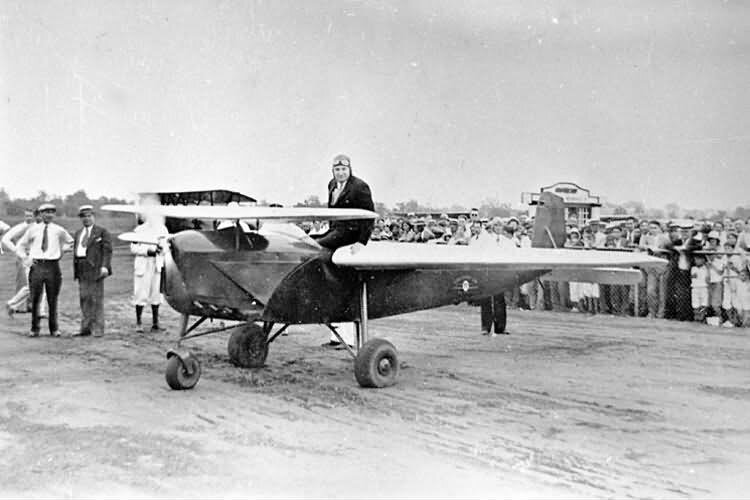 "Vintage original press photo, 10x7.5", b&w. Lengthy press release on the reverse introduces Lt. George C. Fernic and his wife with a model of their unique canard design model in which they hope to fly the Atlantic to their home in Bucarest. The press release details all of the various design parameters of this unique aircraft. Very good." 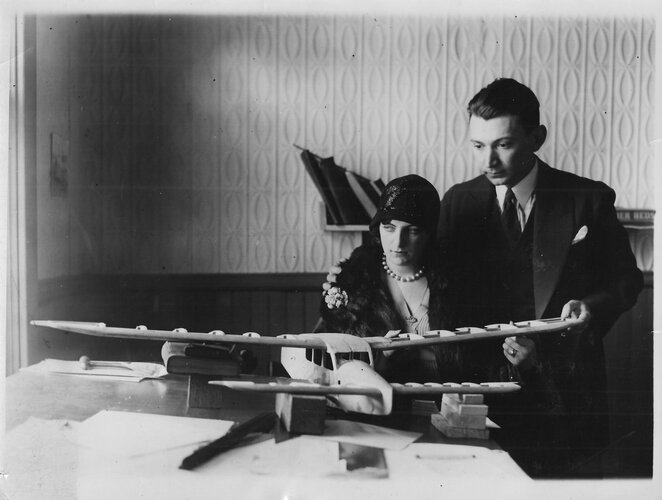 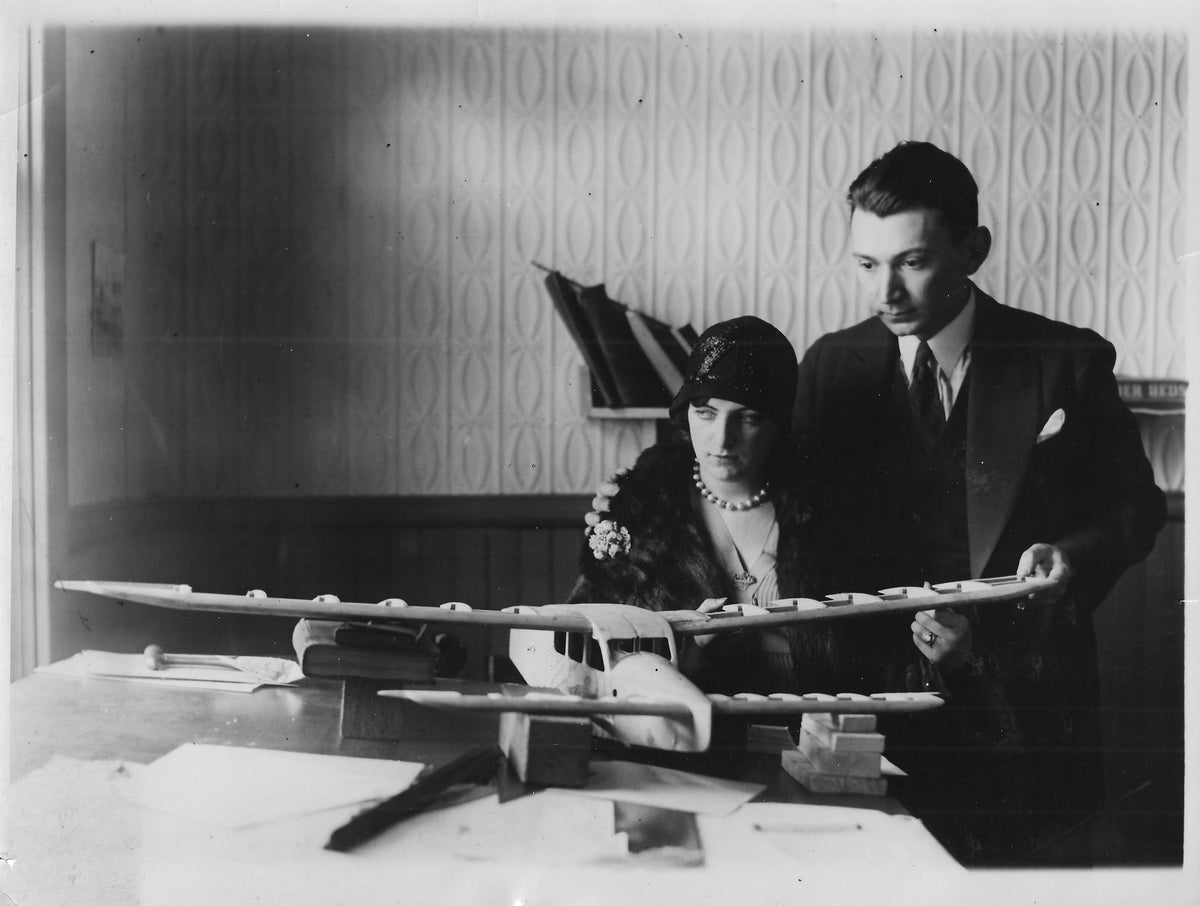 Vintage original press photo, 10x7.5", b&w. Lengthy press release on the reverse introduces Lt. George C. Fernic and his wife with a model of their unique canard design model in which they hope to fly the Atlantic to their home in Bucarest. The press release details all of the various design...

The T-9 under construction and after coming to grief. 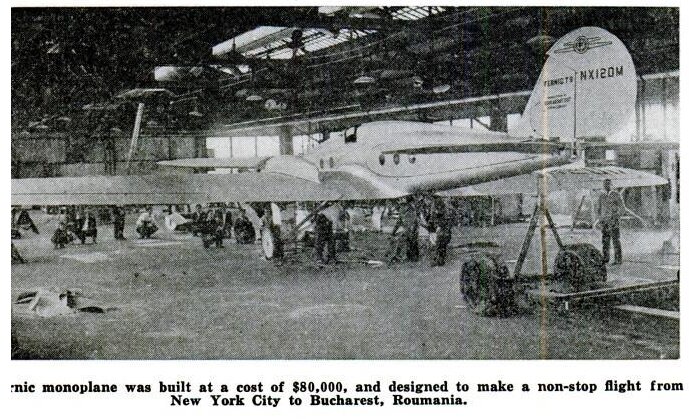 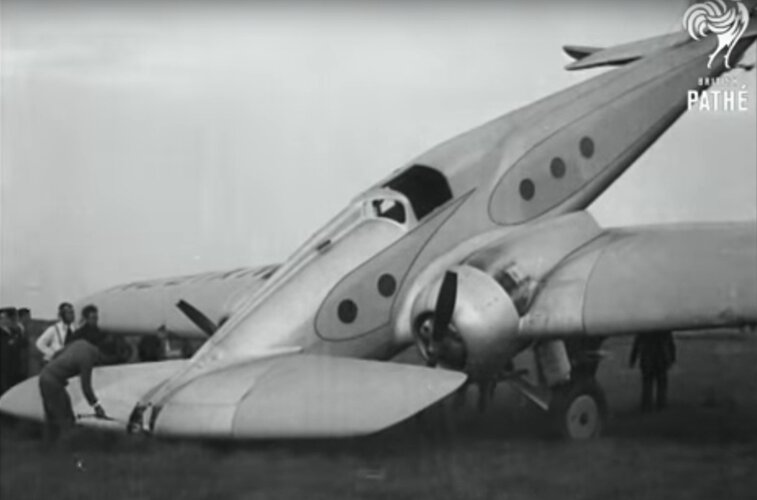