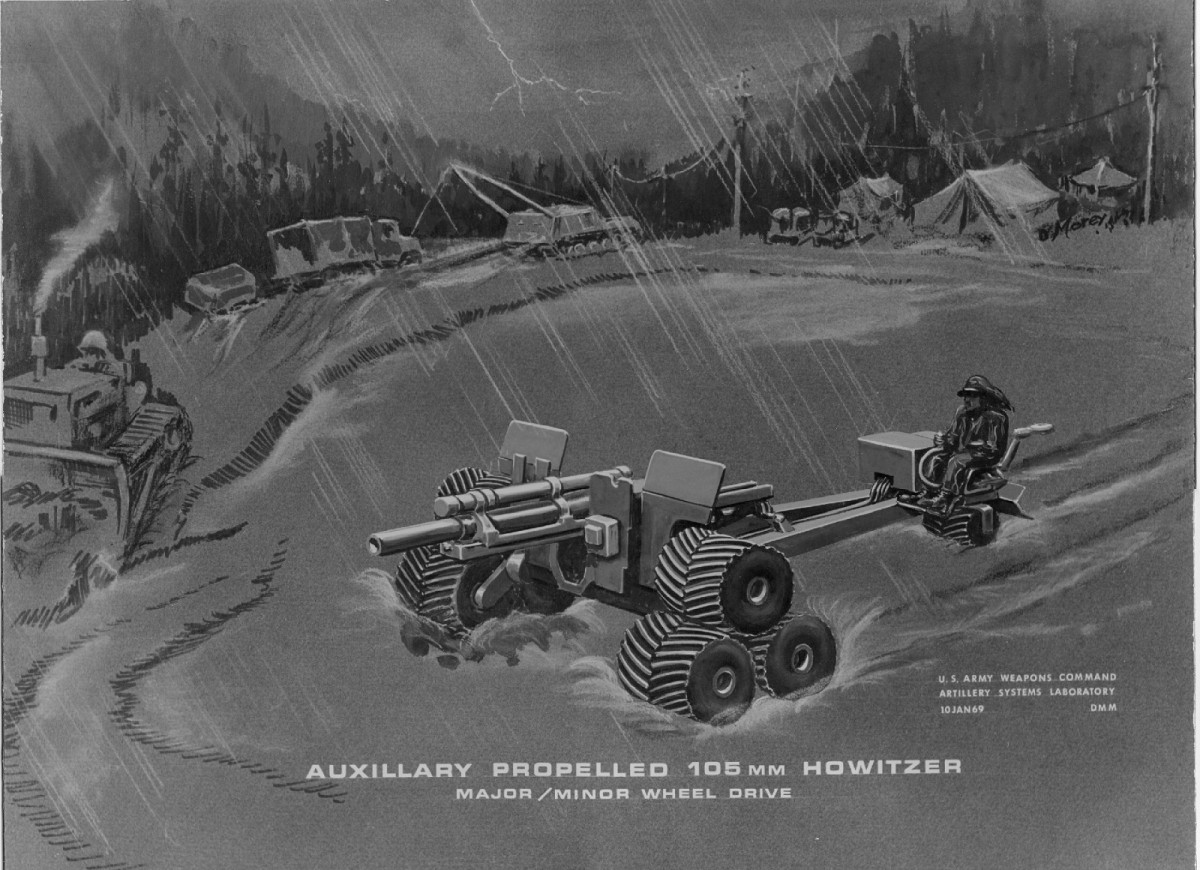 Just a few miles from here, right next to an atomic cannon.

Everything with those wheels was called a terra-something. I could swear there was a kid's toy or maybe something from The Thunderbirds that had that 3-wheel setup too. 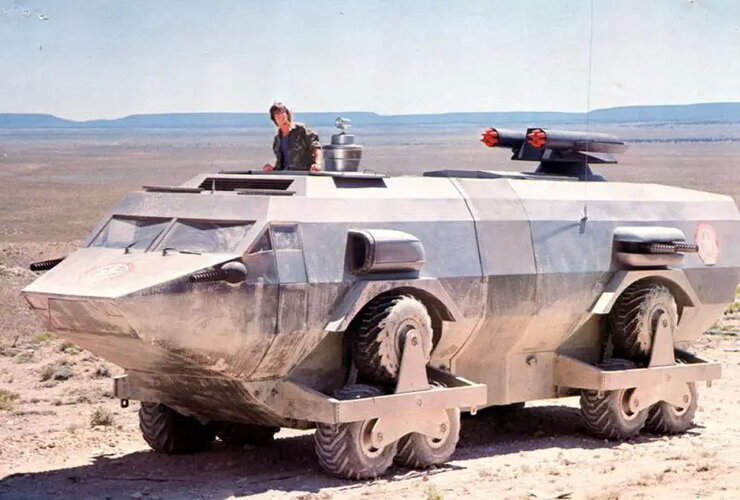 When I toured Universal Studios (late 1990s) the "Damnation Alley" Landmaster was parked nearby in a separate yard.
R

The British also built an experimental, self-positioning howitzer, but it had simpler, larger main wheels and the auxiliary engine was bolted to the chassis below the gun barrel.
F

At the risk of going way off topic according to Wikipedia, the tri-star wheel configuration was developed in the United States around 1967, by a couple of Lockheed Aircraft Corporation engineers. That said, an 8-wheel baby carriage was proposed by a Czech gentleman seemingly living in England as early as 1948-49. The configuration of the 6 wheels at the rear kept the carriage horizontal in all circumstances, whether going up a flight of steps or coming down a hill.