I am from Egypt,

and never heard about this before,was it real ?.

Egypt achieved its own satellites in late 90's with the Nilesat series.

Maybe it could be connected with the Nasser's rocketry program of mid-60's?
R

During the early 1960s, Egypt employed dozens of ex-Nazi engineers to build jet fighters, etc. so the Star spacecraft is believable in concept. How far the Egyptians got on building prototypes is a second question.

and we employed Mr. Messeschmitt,Mr. Heinkel and also the right hand for Mr. Von Braun in missiles
designing (but I don't know his name),and as I know the program was begun in 1960,so I think it was
only an idea,for that I put it here in this section.

As far as I know, Gamal Abdul Nasser's rockets program was primarily dedicated to attacking Israel, not to space conquest. They were to lob explosives at Tel Aviv and the other major cities. Later those Nazis "improved" the program by planning to replace the purely explosive warheads with the poor man's version of a "dirty nuke", ie a large load of radioactive waste to be dispersed by an initial explosion. The hope was to trigger panic among the civilians and make them flee the country. A sort of manufactured Chernobyl catastrophe, 30 years earlier.
How much this would have helped the Palestinians is unclear, but Nasser's hatred and ego ambitions did not care for such details.
Anyway the program failed when the Nazi scientists were eliminated one after the other by those darned Evil Zionists (TM).

AFAIK Nasser's next generations of rockets were basically variants of USSR-supplied missiles.

To test a secret military rocket, you need cover story like launching a Satellite into Orbit.

Norbert Brugge has an interesting web page about such topic:

Since the Egyptian missile family was based on the German Wasserfall, it is likely that they was aimed to obtain at least an MRBM rather than an ICBM that could lead to actual orbital spaceflight even of a tiny satellite.

dan_inbox said:
Anyway the program failed when the Nazi scientists were eliminated one after the other by those darned Evil Zionists (TM).
Click to expand...

they didn't success at all,and as they always inverted facts,you can read all story by translate this
page by Google,it was anther Big Lying and Big Failing;

and this report from Newsweek itself; 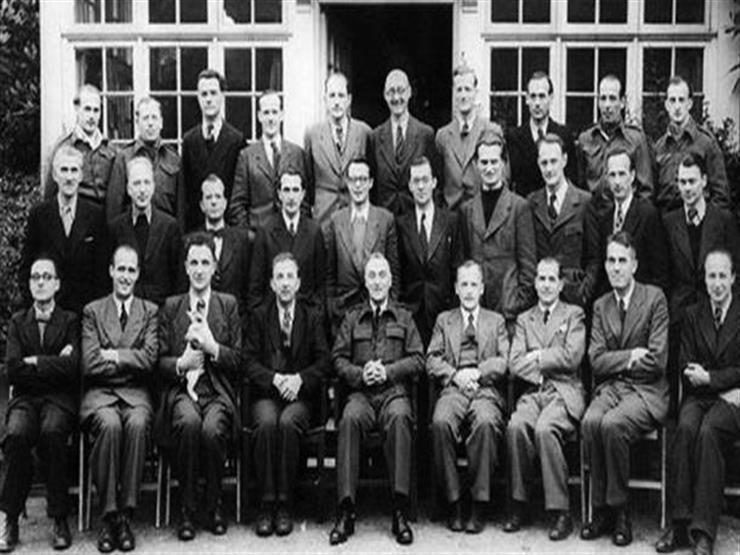 hesham said:
they didn't success at all
Click to expand...

Mossad ran a campaign of intimidation, assassinations and abductions. Whether it was successful or not can be debated, but it resulted in the departure of those Nazis by 1963.
Some of it is described at https://en.wikipedia.org/wiki/Operation_Damocles

that was a promote lies and falsification of facts as I said,all that was fake and didn't happen,they still to
the end of 1960s,and in 1965 one of them announced from his work,he wanted to stay in Egypt also
of those assassinations,and if you need any facts,please take it from us.

Dear Hesham,
in many cases of wars, the opposing countries countries have very different narratives of what happened and who won what. It is also the case for all the wars between Egypt and Israel since 1947. That is almost normal as government propaganda goes, everywhere in the world.
It would be neither productive nor very mature to try and push "my side's story is the only truth, their side's is only lies". Won't get us anywhere.

For these conflicting stories, I am happy to note what the Israeli version says, what the Egyptian version says, and what the generally-accepted-in-the-West version says. It is educational in many ways.
I hope we on SPF can be as responsible and intelligent as both governements have been: Face the differences, look beyond the disagreements, and make the best of what few common points we can find. These forty years of peace are one of the best success stories of modern times, as far as I am concerned.

While plenty problems remain for each country, with AlQaida, Brotherhood, Hamas, PLO, Hizballah, etc, and while those still cause too many deaths on each side, at least there hasn't been any full scale war since 1973. May it last.

On SPF, we can just note the difference between the versions, and keep leaning about built and unbuilt projects. I very much appreciate all the information you bring.

we distinguish by always saying the facts even it was fail or success,unlike them,about more than 50 % from
their stories are fake and they want to appear they always success,and that was a very very big lying,and in
many cases they inverted the truth completely,the German scientists work even after 1960s,maybe two
or three traveled to anther countries,but originally we employed a tens of them,and that was not departure
of them at all.
R

It will be many decades before the whole truth is ever revealed.
There are three or more sides to every story.

For example, Canadian-born engineer Dr. Gerald Bull was assassinated in Belgium during 1990. He had worked on a variety of artillery and rocket projects for Canada, the USA, South Africa, India, etc. I toured his test range - in High Water, Quebec, circa 1967 - when he bragged that he could bomb Moscow with his present guns. He had welded two USN-surplus gun barrels end-to-end.

By 1990, Bull was developing super-heavy artillery for Saddam Hussein when he was killed. The assassins were far too professional to leave any evidence, but most sources believe that Dr. Bull was killed by Mossad. It was certainly in Israel's best interests to prevent Iraq from completing artillery capable of shelling Israel. However, I doubt if we will ever hear the whole truth.
Mossad would like us to keep guessing for eternity.
T

BTW, I wrote an article for Rivista Italiana Difesa, february 2019, "I missili di Nasser" (Nasser's missiles), only in Italian sorry.
During the research for it I found that on 23 July 1963, on the occasion of the parade for the eleventh anniversary of the egyptian revolution, four new two-stage missiles were paraded, called Al-Raid (Pioneer). Egyptian sources indicated a payload of 4 tons with a range of 580 kilometers; they add it had already been tested many times. As for many military missiles of the time, it could be improved to a three stage launcher for small satellites, as the egyptians with german support were working on the scientific satellite called Al-Negma (Star), to study the Earth's magnetic field from an orbit of 480 km. At the time only USA and USSR had satellite launhers, so the task was very hard, as well as the lack of ground infrastructure for tracking the satellite; in the same years Cairo asked the United States to build a tracking station for satellites to expand USA coverage on the globe, but nothing came from that. The Al-Negma project was likely the result of one of Wolfang Pilz's old dreams when he worked in Germany at the Stuttgart University with Sanger. (Pilz worked in Egypt until 1965, when he returned in Gemany). Al Negma resulted in another research program assigned to the already overworked group of German scientists. Some Western commentators remained skeptical on the feasibility of the dual stage, noting that Al-Raid was nothing more than a combination of the previous Al-Kahir and Al-Zafir missiles as first and second stages respectively. Images of the launches of the new missile were never sent to the foreign press (launches of the previous two missiles were amply covered by the press, also during a visit of president Nasser to the launch center).

Most of the info about al-Negma come from this book: Nasser and the Missile Age in the Middle East