does anyone know this Dewoitine aircraft which was
designed in 1922 ?.

It's the Dewoitine D.4

The Bn2 programme was abandonned (mid 1924 ?) and the D.4 Bn2 prototype never finished.

Thank you my dear Deltafan,

it is very great info,and can I ask you that I heard the Dewoitine
D.2,D.3,D.5 and D.6 were also civil projects and the D.18 was
six seat high wing single engined light transport aircraft,is that right ?.


-The D.6 was a bi-engined torpedo bomber, floatplane or hydroplane (I don't know the good name in english) or wheels, for the 1922's HyT programme. Never built (the winners to build the prototypes were Schneider and Levasseur).
2 x 370 hp Lorraine-Dietrich 12 Da engines

Deltafan said:
It's the Dewoitine D.4

Deltafan said:
It's the Dewoitine D.4

This was a 1937 project that seems to be similar to the D.342, which itself was a development of the D.338. Any further information on the D.341 would be appreciated.


here is the only info in the article.

Strange design...Where is it from Hesham ?
Do you have more info,? (time frame, specs)


first sorry for my late in answer,because I went outside,and for the Dewoitine
D-680,it was from;


here is the Dewoitine D-600,it was twin engined high altitude bomber
project of 1939;


the Dewoitine D.14 was a high-shoulder-wing light transport aircraft,powered
by one 450 hp Lorraine engine;

From the same source,some drawings.

"The Dewoitine D.750 was a prototype French twin-engined torpedo bomber. It was designed prior to the outbreak of the Second World War to operate from the aircraft carriers of the French Navy, but only a single example was completed, with development ended by France's defeat by Germany in June 1940."

Hi! D.513 and D.514.
https://en.wikipedia.org/wiki/Dewoitine_D.513
"The D.513 was a single-seat low-wing cantilever monoplane fighter that first flew on 6 January 1936. The D.513 was powered by an 860 hp (641 kW) Hispano-Suiza 12Ycrs1 inline piston engine and had a retractable tailwheel landing gear. Testing proved that the D.513 was unstable and not able to reach the expected speeds and it was rebuilt with a new fuselage and a modified tail unit. The changes did not improve the stability or the maximum speed and problems were also found in the engine cooling and landing gear, and further development was halted. The second prototype was modified with landing gear and a radiator from the D.503. It was redesignated the D.514LP and was used in high-speed parachute trials."

Hi! D.33.
https://en.wikipedia.org/wiki/Dewoitine_D.33
"The Dewoitine D.33 was a single-engine low-wing monoplane aircraft built by the Dewoitine Company. It is remembered for setting a long-distance record on its first flight in 1930.
Little is documented on the specifics and the basic model of the D.33, other than the fact that it had a fixed undercarriage, and was a low-wing cantilever monoplane. There were three documented variations to the model, each of which was designed as a separate aircraft. This line of aircraft were regarded highly commercially before World War II, and they were influential in the establishment of the Dewoitine Company."

Yes. What a pity. :'(
"On January 15, 1934, while flying from Lyons, France, to Paris-Le Bourget Airport outside Paris – the final leg of a flight that began on 5 January in Saigon, French Indochina, with stops at Karachi, British India; Baghdad, Iraq; Marseilles, France; and Lyons – the prototype Emeraude, operating for Air France and registered as F-AMMY, crashed in a snowstorm at Corbigny, France, killing all ten people on board. The crash probably occurred due to icing."

http://aviadejavu.ru/Site/Crafts/Craft33646.htm
"In the centre of this display is the Breguet 46T as it will look when finished. Two Mistral Major engines of 880 h.p. each are expected to give it a top speed of 240 m.p.h. In the foreground is the Dewoitine D.511, France's latest and fastest fighter."

"D.503
The sole D.511 prototype fitted with a 12Xcrs engine with a circular radiator in the nose, the same armament as D.501. First flight 15 April 1935, found to perform worse than D.500. The aircraft was briefly the personal mount of René Fonck."

"AXD1
The short designation for the single Dewoitine D.510 supplied to the Imperial Japanese Navy Air Service for evaluation in 1935." 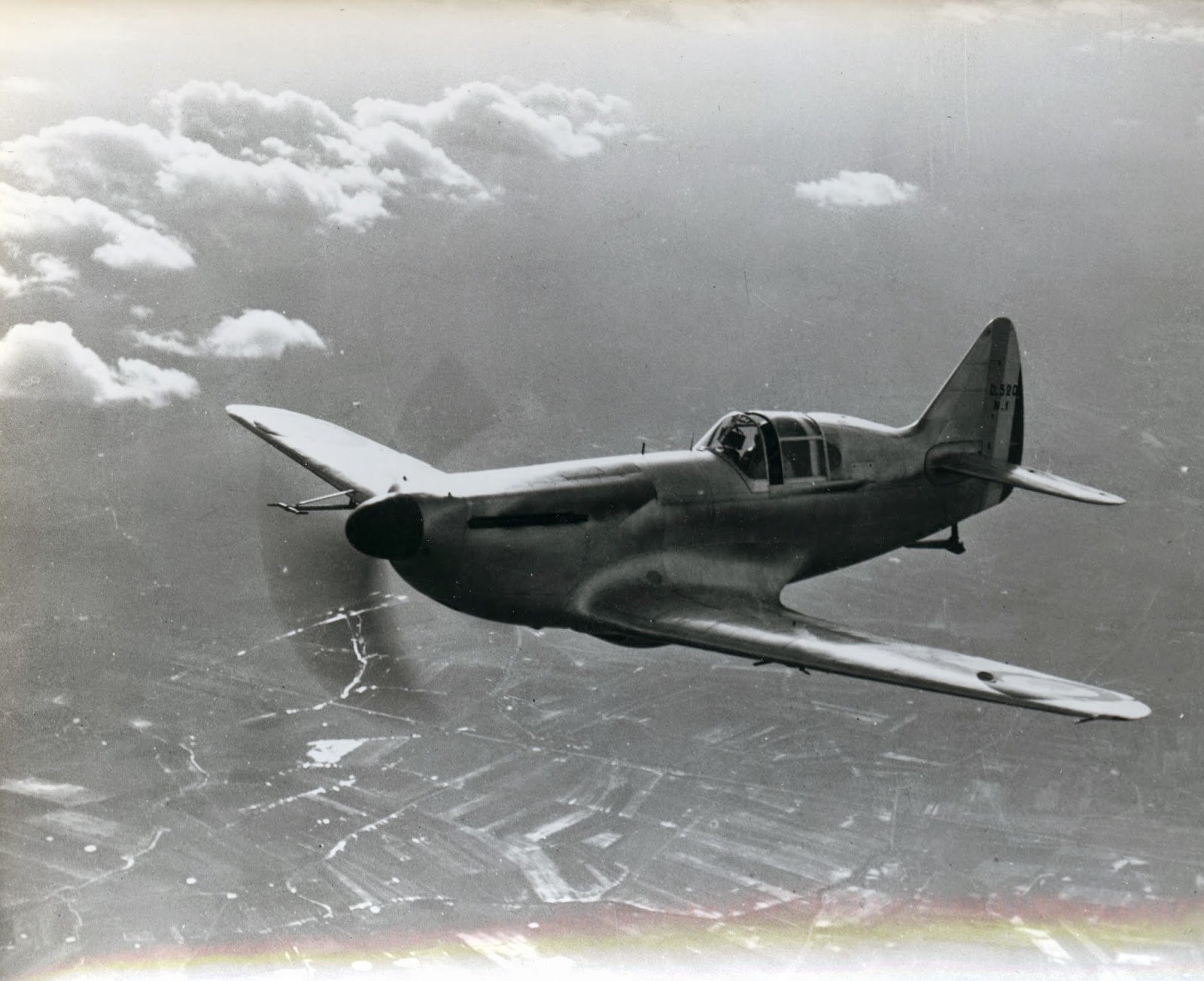 Emile Dewoitine’s D.520 was the best French mass produced fighter of WW2. This racy beauty was roughly equal to both the Spitfire and Bf 109E in 1940. Sadly, that was also the year of France …

Model of the D.4 made from laminated wood.

Structure of the D.4 wing with its very thick profile. (Dewoitine)

From, The Rise and Fall of the French Air Force French Air Operations and Strategy 1900-1940

Here are a couple of additional three views that show landing gear arrangments.