From an old "aviation magazine"

Thanks a lot!
T

Two further illustrations of the Dewoitine D.770, both coming from the airwar.ru entry for the type. 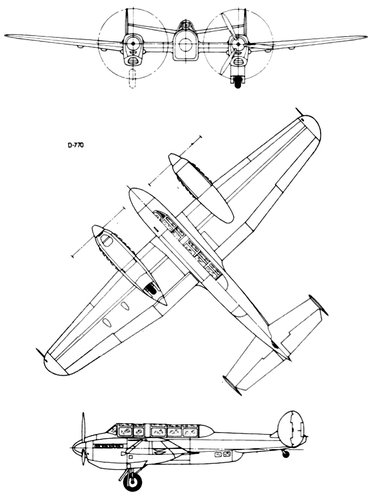 I've lent my unskilled hands to a what-if profile view of the D.771.