A stretched Burke really cannot fit what the Navy is asking for, which is a ship with a lot of space and power for future upgrades. The Burke hull is the antitheses of this, having been criticized before the first ship was even laid down for poor growth margin. To build an Integrated Power System, like what is demanded on LSC, would require fundamental redesign to the entire ship, to the point you have a new class, and have probably just made it more difficult to design by constraining the work to an existing hullform. There is also the issue of fitting very large hypersonic weapons such as IR-CPS, which is a large, nine meter long missile that would be very difficult to fit within the existing Burke stability margin.
Click to expand...

Stretched Burke, CRS reported back in 2009 on various possible options with info provided by Navy

From memory remember maximum Burke hull plug length possible ~66', not saying a preferred option as Burkes original design dates back to the late 1980's and as totallyaverage said dense ship making expensive to maintain, but it would be possible basis for the DDG(X). IPS is not a mandatory requirement for possible future electric power for DEW, certainly preferable but a quick and dirty and cheaper solution would be an additional GTG.
Click to expand...

And still be basically kicking the can down the road. Even with the added GTG it still does not solve the crewing issues, infact INCREASE IT, nor will it allow for a Bigger radar like the Navy wants cause the Burkes hull cant support it.

Wow you got a bigger missile load, big deal, we cant afford to LOAD THEM. And they cant carry the newer larger missiles any how.

It have the same issues as the Viriginia Class Cruisers did in the 90s. Too expansive, crew heavy, and limited for what they bring.
Click to expand...

Navy bigger radar requirement, would note that AMDR, now the SPY-6, estimated as 30 times more sensitive than SPY-1 was the largest Navy could fit on an upgraded Burke IIA, the Flight III, they went with that option due to budget constraints. Raytheon claims the new SPY-6 with its GaN silicon under testing has exceeded expectations and achieved 100 times sensitivity, so talk of Navy needing larger radar for its BMD mission has died.

Probability of DDG(X) fitting large missiles, hypersonic, think low due to the high cost, if they do it will be in penny packet numbers, mentioned previously above there is a question mark if Congress will even fund the large Army/Navy hypersonic missile for Virginia Block V's to partially replace the four Ohio Tomahawk SSGN's, let alone the DDG(X). At moment Ticos, Burkes and Ohio SSGN have total of ~10,000 VLS cells and use the 1980's era land attack Tomahawks and at ~$1.5 million each, so 'cheap', but Navy needs new gen missile for land attack and the Army/Navy hypersonic looks unaffordable in big numbers, a big problem for the Navy needing an affordable replacement for the Tomahawk..

As said new Burke flight variant also not my preferred option either for DDG(X) but it would be an option, think would gain Congressional funding, Congress substantially cut Navy development funding for the DDG(X) in FY2021 NDAA.
Click to expand...

Yes, because the Navy seems to be unable to actually articulate correctly what they want in DDG(X).

You're proposing keeping on faffing about with an overloaded hull that would require major design work to make longer, and will still struggle to fit in all the power future systems will require.

Meanwhile the basis for a DDG(X) is right there. We're not saying that Zumwalt should be used 1:1, but the hull shape, the systems, the power, all of that works. And by all accounts works pretty darn well.

Take the basic hull and power systems, and build up from that.
Click to expand...

That was the original plan. That they're wasting so much time and money d**king around is almost criminal.
C

Yes, because the Navy seems to be unable to actually articulate correctly what they want in DDG(X).

You're proposing keeping on faffing about with an overloaded hull that would require major design work to make longer, and will still struggle to fit in all the power future systems will require.

Meanwhile the basis for a DDG(X) is right there. We're not saying that Zumwalt should be used 1:1, but the hull shape, the systems, the power, all of that works. And by all accounts works pretty darn well.

Take the basic hull and power systems, and build up from that.
Click to expand...

I'm not fan of the Burke as basis for DDG(X), as have said twice above it would not be my preference for the DDG(X), but it is a possibility, certainly a better option than the Zumwalt which wouldn't touch with a barge pole as it would cost more than double price of Burke, think i'm in good company with Norman Friedman who was also not a fan of Zumwalt

Burkes propulsion all GT which are gas guzzling except when operating at 90% + rpm and the driver for the Burke HED system to backfit and now cancelled, what did surprise me was the Navy did say Zumwalt GT IPS used more fuel than Burkes!, what ships operating in Pacific need is range and so not operationally dependent on oilers.

The Drive on the drive to put hypersonics on the Zs.

The modules are too large for the ship's existing vertical launch cells, so they would likely take the place of its all but abandoned deck guns. 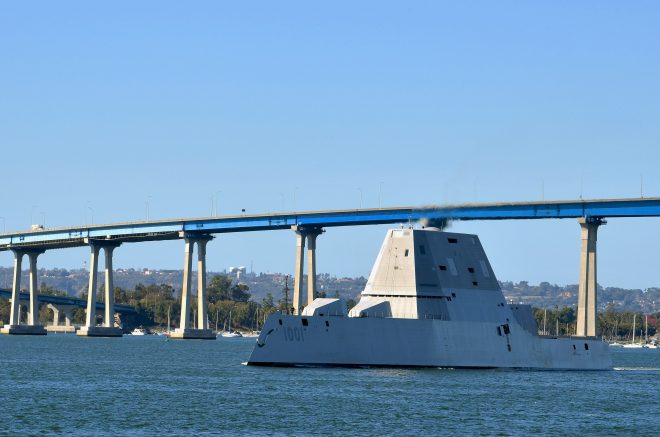 The Navy will get a first glimpse of what future operations could look like, when a Zumwalt-class destroyer manages long-range surveillance and fires by manned and unmanned platforms in an upcoming exercise in the Pacific. U.S. Pacific Fleet will host its most complex exercise to date involving... 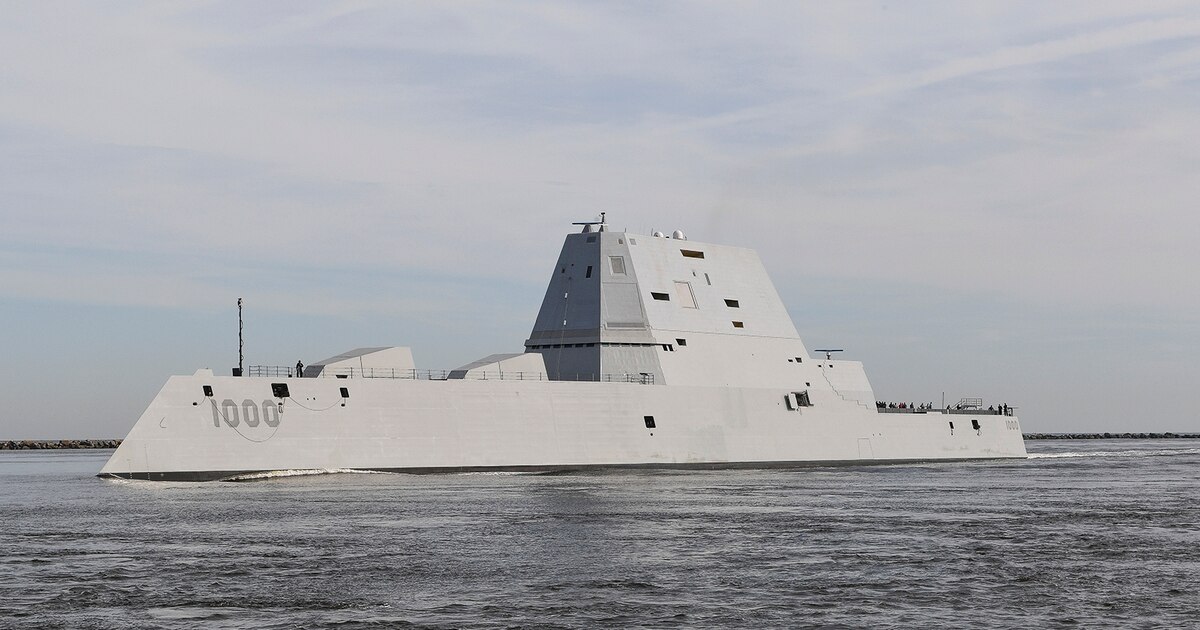 What should become of the Zumwalt class? The US Navy has some big ideas.

The Navy is looking at the possibility of designing a new hypersonic missile launcher to install as a payload module on its three stealth destroyers.