Does anyone have a drawing of this aircraft in any of its permutations?

I'm looking at modelling the Model 31 as built and the Model 38 project (Model 31 wings, engines and empennage on a B-24D fuselage)
so any drawing would be helpful.

I am looking for good, clear pictures.

There was a little better drawing in Czech magazine L+K (Letectvi+Kosmonautika) No. 16-1991. I can scan it this week, if you can wait. It isn't large and detailed too, but at least it has bottom view and some cross-sections.

I supose you have seen
http://en.wikipedia.org/wiki/File:XP4Y-1_in_flight.jpg
J

redstar72 said:
There was a little better drawing in Czech magazine L+K (Letectvi+Kosmonautika) No. 16-1991. I can scan it this week, if you can wait. It isn't large and detailed too, but at least it has bottom view and some cross-sections.
Click to expand...

That would be great, thanks much.

Here is a fairly good side-view shot in full military trim for saturncanuck:

nice looking birdy with an attitude

Jon, In William Green's War Planes of the Second World War Vol.5, there is a small sideview of the Model 31 as originally flown -- ie: no up-turn to rear fuselage, add-on chines, or turrets, and smaller tip floats.

I'm curious about your comment on the empennage. Since the Model 31 and Model 32 Liberator were designed in tandem, I'd assumed that the twin tails and Davis wings were identical (other than engine and float fittings). Is that not the case? Or was this Model 38 essentially to be a twin-engined B-24?
L

The model 31,later spawned an interesting offspring: the Model 38.
Marrying the wing R-3350 engine package and tailsurfaces from the
Model 31 to a standart B-24D fuselage with modified armament.
CAC offered the result to the US Navy as a land-based search attack aircraft.
Although it did not progress beyond the study stage, he Model 38 was
in effect, a twin-engined B-24.

Thanks Lark! That seems to confirm that the Model 31/38 tail surfaces were indeed different from those of the Liberator.

Hey thats a nice one.

Here is that promised Czech drawing of the XP4Y-1 and a color profile of the same aircraft from the same magazine.

Thanks very much for the drawings.

Reading the Consolidated Model 31 chapter in 'General Dynamics Aircraft
and their Predecessors' John Wegg-Putnam ,mention was made that many
alternative Model 31's were studied.
One was a replacement for the PBY dated August 1938,another a luxury Air Yacht
for five crew and six passengers (December 1938)
The BM-14 variant was a bomber with three power turrets and R-2800 engines
proposed in April 1940.

Is there anybody who have's more info about these proposals?
(Illustrations or other documentation)

Much thanks in advance.
F

Side view of the XP4Y

Consolidated Model 31 / XP4Y-1 Corregidor photos and illustrations (link) posted by the San Diego Air & Space Museum (SDASM) on their Flickr photostream - including this recently posted rendering of an autogyro ( ) variant! 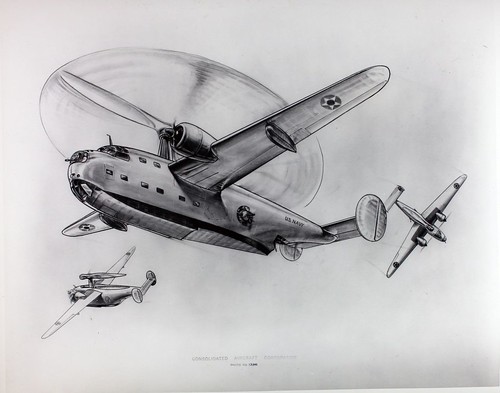 And here is a low-resolution three-view:
http://www.flickr.com/photos/sdasmarchives/4558501491/in/photostream/ 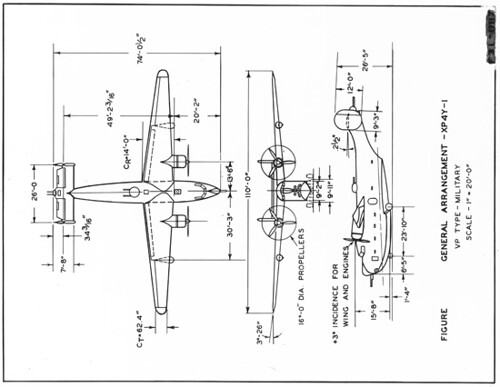 Not adding much to what has already been shared. I scanned a few Model 31 images during a recent visit to NARA II.
These repeat the flicker linked images but are a little larger.

Just to add a little something to this thread, a little compilation of the Model 31 in Popular Aviation/Flying:

WhiteDemon said:
Hi, this is the other 3-view of the hidro...
Click to expand...

Hi WhiteDemon, and welcome aboard. Your attachment doesn't show, that's because our forum doesn't allow new members to post until they've been properly identified as real people as opposed to bots (automated fake members generated by troublemakers to advertise, spam or spread all kinds of undesired messages). A simple private message to PaulMM (the admin and founder of this site) will normally get you moved to the "white list"...
Share:
Facebook Twitter Reddit Pinterest Tumblr WhatsApp Email Share Link