New 80-page book apparently due from Tony Buttler this coming December via Osprey's X-Planes series (although no cover image available yet):

Description from Amazon:
This is the fascinating history of how the radical delta-wing became the design of choice for early British and American high-performance jets, and of the role legendary aircraft like the Fairey Delta series played in its development.
At the dawn of the supersonic jet age, aircraft designers were forced to devise radical new planforms that suited the new power of the jet engine. One of the most successful was the delta wing.
Although Gloster produced the delta wing Javelin, and Boulton Paul--its P.111 research aircraft--Fairey and Avro were the champions of the delta in Britain. Meanwhile in America, with the exception of Douglas's Navy jet fighter programs, Convair largely had the delta wing to itself. These development lines, one on each side of the Atlantic, had essentially the same objective -- to produce high--speed fighter aircraft. In Britain, the Fairey Delta 2 went on to break the World Air Speed Record in spectacular fashion, but it failed to win a production order. In contrast Convair received major orders for two jet fighter types and one jet bomber. At the same time, the British Avro company built the 707 family of research aircraft, which led to the famous Vulcan, to show how the delta wing could be adopted for a highly successful subsonic bomber.
This book examines the development of the delta wing in Britain and America, and the way in which experimental aircraft like the Fairey Deltas proved their potential and versatility. In Britain it covers the Fairey Delta 1 and Fairey Delta 2, the proposed Fairey Delta Rocket Fighter and huge Delta 3 long range interceptor, and the Avro 707. On the American side, it examines the Convair XF-92 and XF-92A, the development of the Delta Dagger/Delta Dart family, and the Convair Sea Dart -- the world's only supersonic seaplane.
A

No love for France or Dassault ? (just kidding !)

Excellent, looking forward to this one.

Well, 80 pages for the ten first champs (according to the author) of the beginning of the delta jets history (8 pages by aircraft) for only two British manufacturers (one being visibly privileged over the other. Without counting the absents) and only one US (then with numerous absents, there too), In unequal time intervals (to the disadvantage of Avro), all by mixing only projects, only prototypes and produced planes...

For the moment, I find the approach quite unbalanced. I have already numerous books of Tony Buttler, but this time I'll await more details from SP readers to make my opinion and to know if there are unknown things about some aircrafts of the list.
Last edited: Apr 6, 2020
G 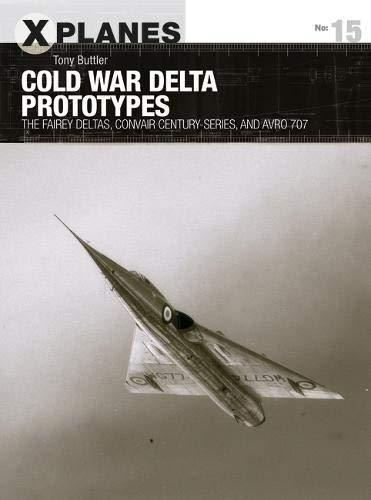 I am a bit like Deltafan on this one. I have the TSR2 and XB70 Valkyrie volumes in this series. Although they don't add much to the main sources on these planes, the books are well produced and nice to have. I am not as interested in 1950s projects, but will take a look if and when we get out and about.
E

I will be adding this one to my list.

Strange that it includes the Fairy Delta 3 but not the XF-108. 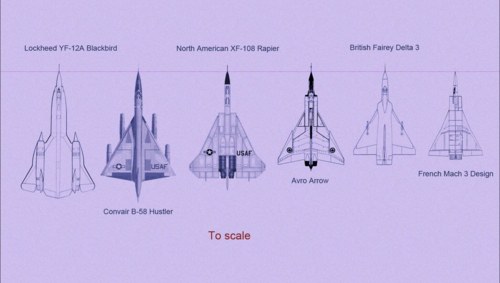 I think the emphasis is on the built aircraft. The unbuilt ones are those derived from them

Firstly, I hope you are all managing to keep safe in the awful situation we have at the moment.

Thought I had better clarify what 'Cold War Deltas' is all about. When Osprey asked for suggestions for a new title the proposal I made was simply to compare the fortunes of two companies who in the 1950s became specialists in designing delta-wing aircraft - Convair and Fairey. One went on to build lots of aircraft, the other failed to win any production orders. This was accepted but I was asked if I could include the Avro 707s to broaden the appeal, and to me that was OK because it could show how a bomber specialist company would use the delta wing rather than a fighter manufacturer.

These books are quite small, space is very limited and so there was never any intention of including Dassault, Avro Canada or anyone else. From a projects point of view there is not too much that is new, but I have included previously unpublished photos and other new info. Writing it was certainly a very interesting exercise.

Very best wishes to you all - and stay safe!!
Click to expand...

Thank you my dears Paul and Tony,

and I hope a more successful and become safe to whole of our planet.

Thanks Mr. Buttler and Overscan.

As said before, I'll await more details from SP readers to order or not.

But the explanation of the choice of theme is very interesting to better understand the selection of the author.

Release date? I couldn't find it on Amazon.
G

I saw December on Amazon.