Maybe a second way to go after high value targets like AWACS and tankers. (No way are they shooting at a stealth aircraft from 200 miles away.) The first way of course is the J-20.
A 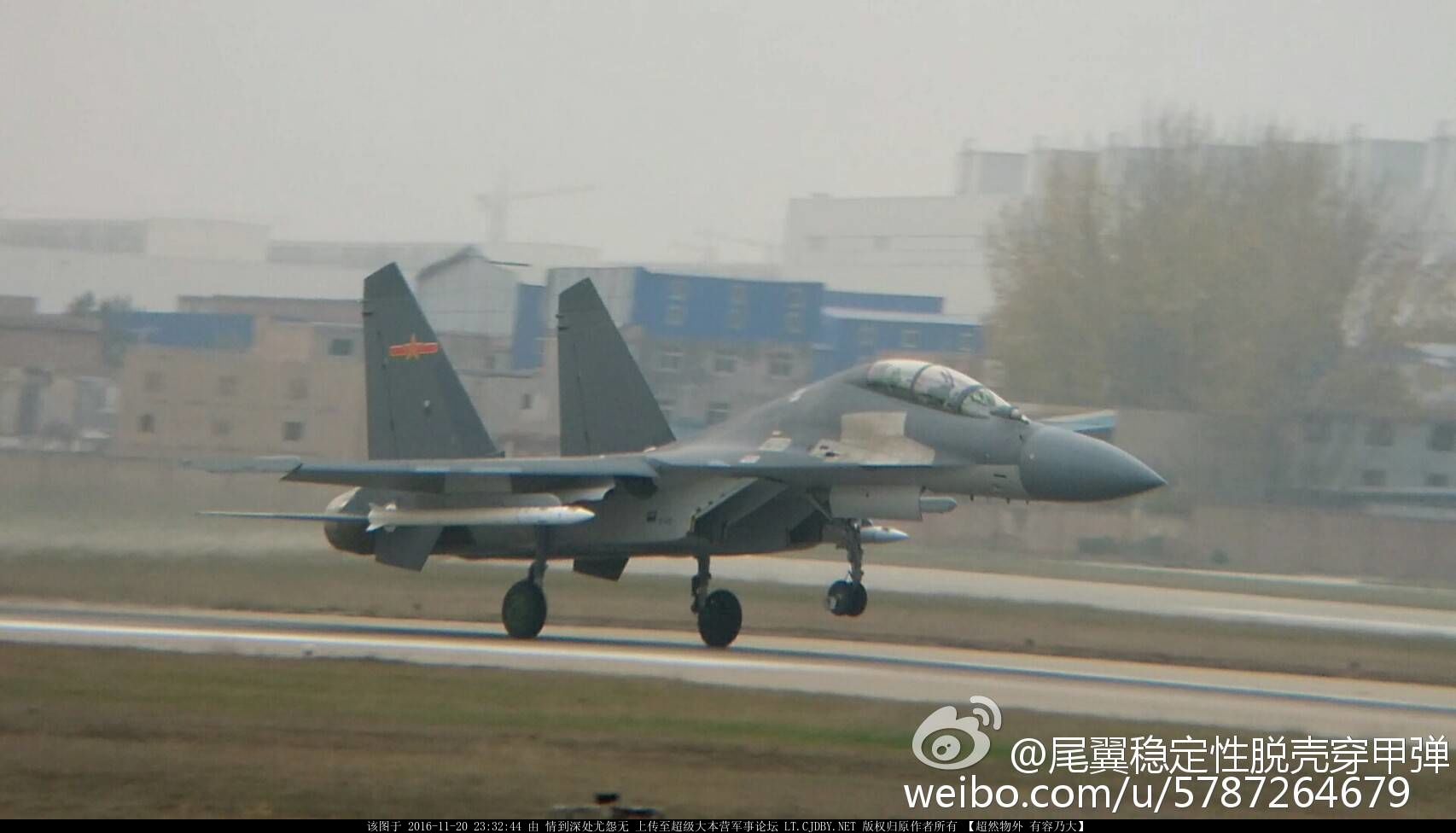 China is testing a new long-range, air-to-air missile that could thwart U.S. plans for air warfare

Open your mind. Question the source and their agenda: "There ain't no such thing as a free lunch".

There ain't no such thing as a free lunch - Wikipedia

How does this new missile compare with the Russian R-37 in terms of overall range and speed?
D

I don't think anybody has any information, other than rough dimensions and extrapolation from the Chinese academic papers.

From Wikipedia, the R-37 is 4.2m and 38cm diameter, this is estimated to be 5m and 30cm diameter. So, less drag and less internal volume.

What I am curious about is the lack of development of such ultra-long AAMs. The US AWACs system has been around for >30 years, more than enough time for the Russians and Chinese to develop these weapons. What has prevented them from doing so? Does anti-air targeting become much harder after a certain range?
S

DrRansom said:
I don't think anybody has any information, other than rough dimensions and extrapolation from the Chinese academic papers.

From Wikipedia, the R-37 is 4.2m and 38cm diameter, this is estimated to be 5m and 30cm diameter. So, less drag and less internal volume.

What I am curious about is the lack of development of such ultra-long AAMs. The US AWACs system has been around for >30 years, more than enough time for the Russians and Chinese to develop these weapons. What has prevented them from doing so? Does anti-air targeting become much harder after a certain range?
Click to expand...

In Russia it well developed, but for some reason. They did not purchase or field the missile or MiG-31M with its massive 1.4m diameter Zaslon M. R-37 is basically mature and waiting to be purchased/integrated.
S 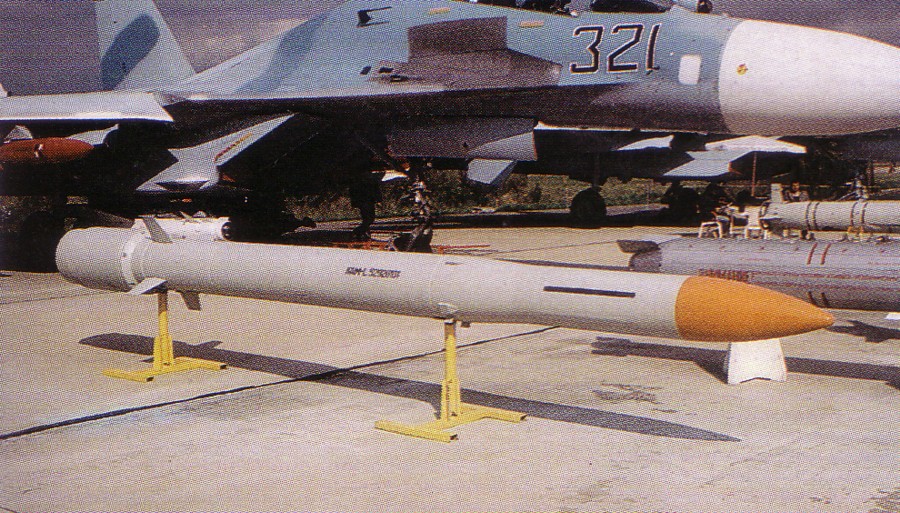 Exactly what I was thinking seruriemarshal, as far as general mission is concerned, but I would think it may have slightly longer range than the K-100.

It's 16.4ft long, 11.81" diameter, 272nm range. Two feet longer and an inch wider than a HARM. And it's intended for air to air use at highly hypersonic velocities over extended ranges because...fineness ratio? Right.

If you assume 80% of the missile body is motor and it burns the entire thing in the first 100km of travel, you now have an asymmetric dumb bell mass distribution for the roughly 80% of flight at very high altitude where single surface tail controls have limited throw and G limits in keeping the pointy end forward.

Indeed, you are flexing a Mach 5-7 missile body, now hollow and far less rigid, with 100-200lbs of warhead and guidance package still forward of CG. Before entering terminals where maneuver demands are going to be anything up to 100G.

No ACM, no Pif-Paf, no canards. And a very long control throw. It would be like balancing a hammer on a fingertip in a hurricane.

Okay, so let's look at the kinematics.

The famous 110nm Phoenix shot hit it's target (which cooperated excessively, by continuing to close), at around 72nm, after a 170ish second TOF. This translates to a midcourse of Mach 2.6 from a loft of 80,000ft with less than 20nm of the weapon flight under power, all of it climbing. Phoenix is NOT a Mach 5 missile in anyway that could be considered important.

So let's say you're doing Mach 7 at 40nm and by 60nm (100km i.e. 20% of flight range) you are at Mach 5. 120nm, Mach 4 240nm Mach 3. A bi-plateau impulse secondary peak that takes a <1,500lb missile to 100km while under power is pretty fantastic and assumes some signficant advances in long chain polymers as solid propellants.

If the target BMC2/ISR/Tanker has an SAIRST and sees the reverse meteor on ascent before tipping over to constant bearing closure, he is going to put the yoke through the EFIS and go from 310 to 450 within 20 seconds of unload, and that's...

Give yourself another 20nm of slop margin and you're down to 200nm of standoff.

That's awfully close to be getting to either an SM-6 protected CSG or a stealth screened tanker formation. Considering the J-16/J-11D the shot is coming from is full signature and the APY-9, Wedgetail or even APY-3 may have significant HPM modes to sterilize 'huge AESA' missile seekers, outright.

And all this is without thermal considerations, battery time or snapped twig Q limits on a missile moving the better part of 2,900fps, even in a coasting terminals.

I might believe it if it was a Sprint-Spartan with a separating booster to compress mass and simplify tail-to-dog inertia like an EKV. With a Mach 10 top out at 200K with a Mach 7 average flyout. Because that would not only cut the TOF reaction window in half but the kill vehicle would only be about 10-13ft long, like a Phoenix, and it would look like dual-taper chunky cone (MIRV) with enough deep volume to thermally protect the coolant needed for a conformal IIR seeker capture the target from a very high top attack aspect.

You would still have to think awfully hard about terminal flight control mixing (aero or ACM) and how-to the datalink for terminal basket capture on a wiggling worm airliner.

But this is not that missile.

This thing is a back of napkin '3D Printed Concept Art' standing in for a carriage/separation trials vehicle. Are there actual photos of it being fired?

Because if not, it's pure psyop.

Even the Ks-172 had a separate booster stage and was little more than AAMski as the Russians tail chase evaluated our AIM-152 (which was half the weight, half the Mach, and had a 5.27" and later 6.3" kill vehicle, half as long, using SARH).

If PL-X/PL-17/PL-21 has a genuine function, it is, IMO, as a tactical AA-ARM. This would explain the long body (Mach 5 to 60-80km, no loft), the very large body diameter (not-AESA) and IIR backup homing. It even possibly suggests the roll of the bloated fairing/large ball, IRST now showing up on some J-16/J-11BG. As a longwave system suitable for tracking stealth targets at greater than 100km ranges.

Give what we now know of Stealth's extreme vulnerability to damage during aggressive maneuvering inherent to the need for 3-4 trips through the stealth barn for coating maintenance in the typical squadron flying week and up to double this on the weekends, _at home station_, to catch up with signature maintenance, as a logistical explanation for the tactical absurdity of using 'forward conventional shooter, trailed stealthy illuminator' engagement models (if the threat is too hot for a stealth and the snap-up range from low level too short to leverage BVR from conventionals...); it stands to reason that what this missile does is indeed 'counter surveillance aircraft' biased. But it is so for APG-77 equipped F-22As rather than some distant E-3 which cannot even see below curveature from a <40K orbit. AWACS is simply a comms node now. It is out of the (sensor skin paint hard-track) coordination fight for almost all jets in the tactical arena dominated by VLR hyper-SAM.

For a Raptor, hovering and hoovering at .77 Mach and 40 or 50 block, the sudden approach of a Mach 5 Seekbat, driving it off perch, not only guarantees aggressive maneuvering which stretches or tears the top coat, 'subcutaneously', jeopardizing RCS, but also leaves all the little wolves, literally operating at 500-5,000ft without radar silent vectoring.

The services have, 'upon reflection' as to the nature of the F-35/F-22 _IR not RF_ signature mapping data which the Chinese stole, begun a desperate effort to resecure the stealth inventory with a new range of long-wave protective thin-film appliques which they have rushed through testing on F-117, F-35 and yes, the F-22.