India's first moon shot seems to have become a success and has achieved the desired orbit ( well almost) . Not bad considering that it is ISRO's first attempt and failure would have been a big setback for a space agency That has a budget one-sixteenth that of Nasa. In any case a Moon Impacter Probe is scheduled for release tomorrow.

MIP slams into the moon B)


In a historic event, the Indian space programme achieved a unique feat today (November 14, 2008) with the placing of Indian tricolour on the Moon’s surface on Pandit Jawaharlal Nehru’s birthday.
Image
The Indian flag was painted on the sides of Moon Impact Probe (MIP), one of the 11 payloads of Chandrayaan-1 spacecraft, that successfully hit the lunar surface today at 20:31 hrs (8:31 pm) IST. This is the first Indian built object to reach the surface of the moon. The point of MIP’s impact was near the Moon’s South Polar Region. It may be recalled that the modern Indian space programme was initiated in 1962 when Pandit Jawaharlal Nehru was the Prime Minister of India.

Weighing 34 kg at the time of its launch onboard Chandrayaan-1, the box shaped MIP carried three instruments – a video imaging system, a radar altimeter and a mass spectrometer. The video imaging system was intended to take the pictures of the moon’s surface as MIP approached it. The radar altimeter was included to measure the rate of descent of the probe to the lunar surface. Such instruments are necessary for future lunar soft landing missions. And, the mass spectrometer was for studying the extremely thin lunar atmosphere.

MIP’s 25 minute journey to the lunar surface began with its separation from Chandrayaan-1 spacecraft at 20:06 hrs (8:06 pm) IST. This was followed by a series of automatic operations that began with the firing of its spin up rockets after achieving a safe distance of separation from Chandrayaan-1. Later, the probe slowed down with the firing of its retro rocket and started its rapid descent towards the moon’s surface. Information from the its instruments was radioed to Chandrayaan-1 by MIP. The spacecraft recorded this in its onboard memory for later readout. Finally, the probe had a hard landing on the lunar surface that terminated its functioning.

Thus, India’s very first attempt to send a probe to the moon’s surface from its spacecraft orbiting the moon has been successfully concluded.

With the switching ON of two of Chandrayaan-1’s payloads – Terrain Mapping Camera (TMC) and Radiation Dose Monitor (RADOM) – on its journey to moon and with MIP’s successful impact on the lunar surface today, it is planned to switch ON and test the remaining eight payloads of the spacecraft in the coming few days.

It may be recalled that Chandrayaan-1 was successfully launched by PSLV-C11 on October 22, 2008 from India’s spaceport at Satish Dhawan Space Centre SHAR, Sriharikota into its intended initial elliptical orbit around the Earth. Following this, the spacecraft’s orbit was raised in steps and it was made to pass near the moon by repeatedly firing its 440 Newton liquid engine. After Chandrayaan-1’s entry into its planned lunar orbit on November 8, 2008, the orbital height was reduced in steps to its intended operational altitude of 100 km from the lunar surface.

Since its launch, the health and orbit of Chandrayaan-1 is being continuously monitored from the Spacecraft Control Centre of ISRO’s Telemetry, Tracking and Command Network (ISTRAC) at Bangalore with critical support from antennas of Indian Deep Space Network (IDSN) at Byalalu. IDSN antennas have also received the images and scientific information gathered by TMC, RADOM, and more recently, by MIP.
Click to expand...

Here are the first images beamed back by the MIP as it approached the moon.

Too big to attach however.

Avatar, my sincere congratulations to your country success!
A

The success of this mission is a victory for international co-operation as well!

hopefully in a few years time I will be opening another thread here celebrating Indo-Russian co-operation in space as epitomized by Chandrayaan-2.
Z

here's a movie released by iSRO based on TMC images

To the surprise of many planetary scientists, the oxidized iron mineral hematite has been discovered at high latitudes on the Moon, according to a study published today in Science Advances led by Shuai Li, assistant researcher at the Hawai'i Institute of Geophysics and Planetology (HIGP) in the UH Mānoa School of Ocean and Earth Science and Technology (SOEST).
Click to expand... 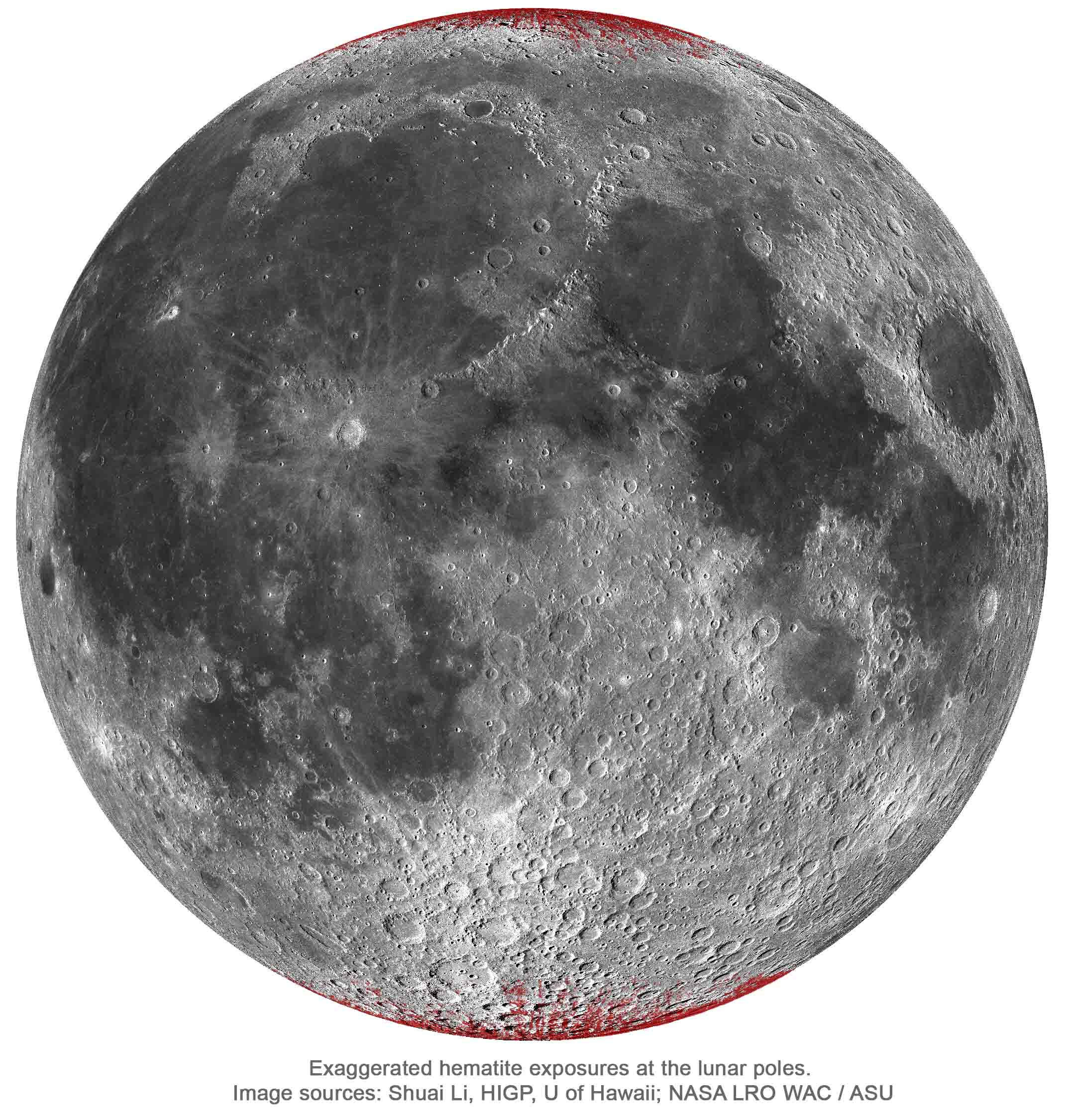 Has Earth's oxygen rusted the Moon for billions of years?

To the surprise of many planetary scientists, the oxidized iron mineral hematite has been discovered at high latitudes on the Moon, according to a study published today in Science Advances led by Shuai Li, assistant researcher at the Hawai'i Institute of Geophysics and Planetology (HIGP) in the...