While searching for information about the ASTROS artillery system, I came across a series of articles on Brazil's rocket and missile programs on the Universidade Federal de Juiz de Fora website (http://www.ecsbdefesa.com.br/defesa/). There's quite a bit of info on a series of obscure projects.

300-km SSM
An Avibras project began around 1986/1987 with the intention of creating a Brazilian missile matching the characteristics of the Scud-B SSM. It was to have inertial guidance and 300-km range. A full size mock up was built, but lack of interest canceled the project. The source also confirms the existence of a competing project by Engesa, the MB/EE-150 with 150-km range and a future 300-km variant.

MAS-3.1
Shoulder launched SAM, to have been developed in collaboration with BAe (derivative of Thunderbolt) by Orbita. Canceled when Engesa bankrupted in 1993.

MAF/LEO/MSS 1.2
Anti-tank missile developed with assistance from Italian firm OTO Melara. Initially known as MAF (Missile Anticarro della Fanteria) in Italy and MSS 1.2 in Brazil. For a time known as "LEO" in honor of then Minister of the Army Leonidas Goncalves.

MAA-1
IR-guided AAM similar in design to Sidewinder. Besides the air-launched version, which later entered service with the Brazilian air force, surface-to-air adaptations were also considered. Mock ups showed MAA-1 missiles mounted on a twin-rail launcher on a EE-11 Urutu vehicle and on an Oerlikon 35-mm mounting. Neither was developed. 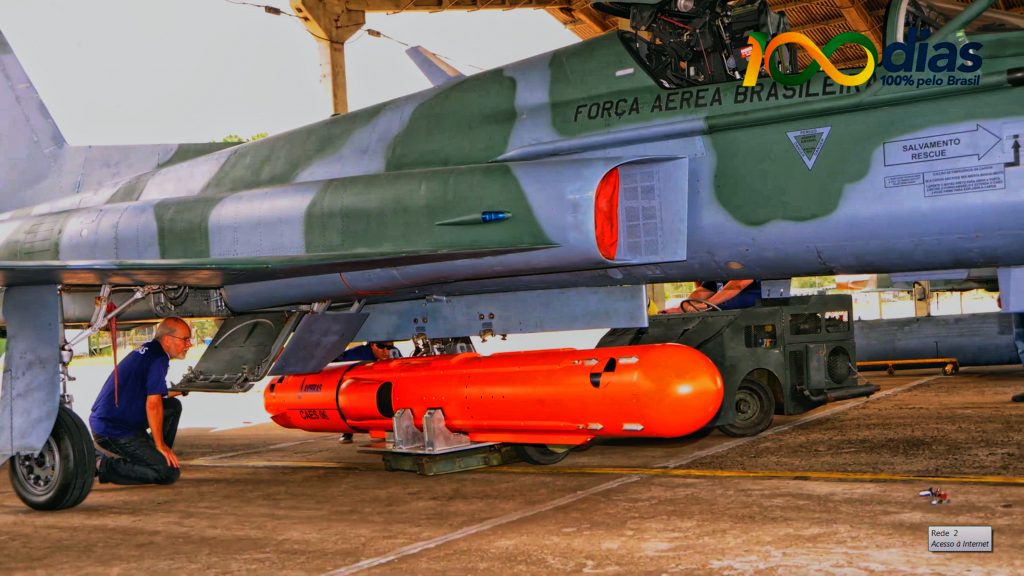 At the Sept. 24 public hearing by the Committee on Foreign Relations and National Defense on “Assumptions of National Sovereignty,” it was revealed that, among other projects, the Brazilian Air Force (FAB) is developing the MICLA-BR Brazilian Long-Range Cruise Missile.

According to the presentation, the MICLA-BR is an air- launched development of the MTC-300 (or AV-TM 300) surface-to-surface missile launched by Astros 2020 vehicles.

The FAB presentation finally clarified the image contained in a video released by the Ministry of Defense on June 7, which featured what appeared to be an air-surface version of the MTC-300 Tactical Cruise Missile performing integration tests on a F--5M fighter of the Brazilian Air Force.

At the time of the release of the MD video, many denied that it was an air-launched cruise missile, and a wide range of explanations and interpretations were circulated about the orange device shown in the image.

According to the 2018 - 2027 Military Aviation Strategic Plan document available on the FAB website, the MICLA-BR (Long Range Cruise Missile) project consists in the development of a 300 km-range cruise missile with an air-breathing engine and intended for launch by both aerial and surface platforms.