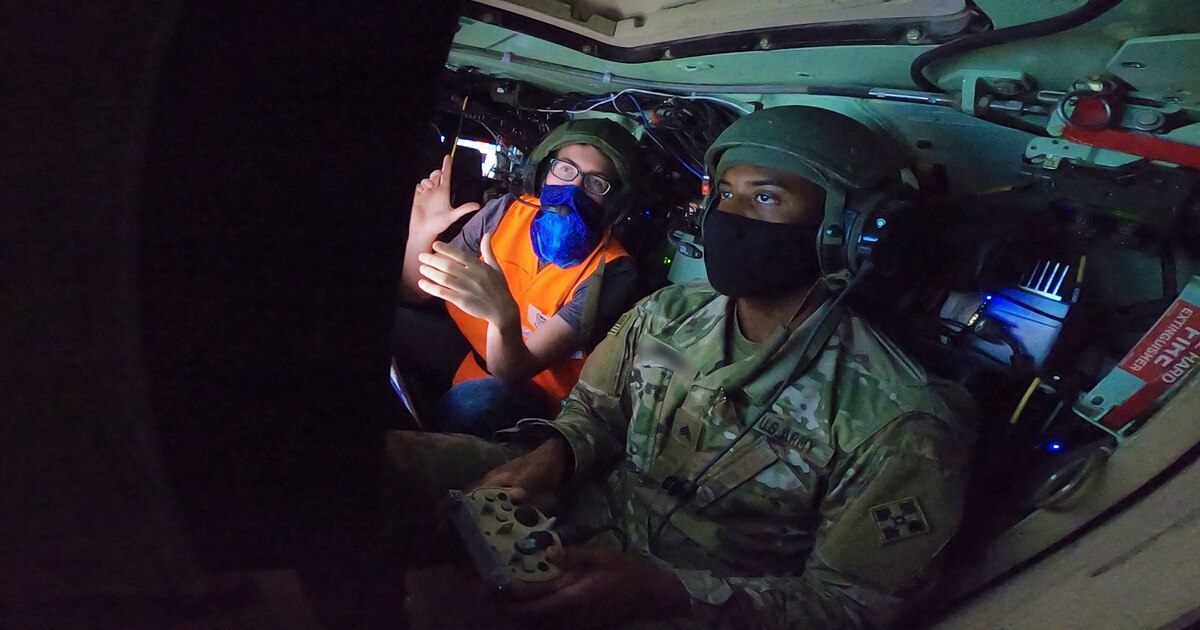 The Army has carved out a rough plan to develop medium and light robotic combat vehicles that will enter the future force at the turn of the decade.

OMFV needs it's own APS effective against CRAM.

In a parallel effort, Boeing experts are evaluating using SLID to protect against anti-radiation missiles, cruise missiles, and unmanned air vehicles. Also under evaluation is an extended-range SLID system concept for defending a wide spectrum of military assets from farther away than 2 kilometers. 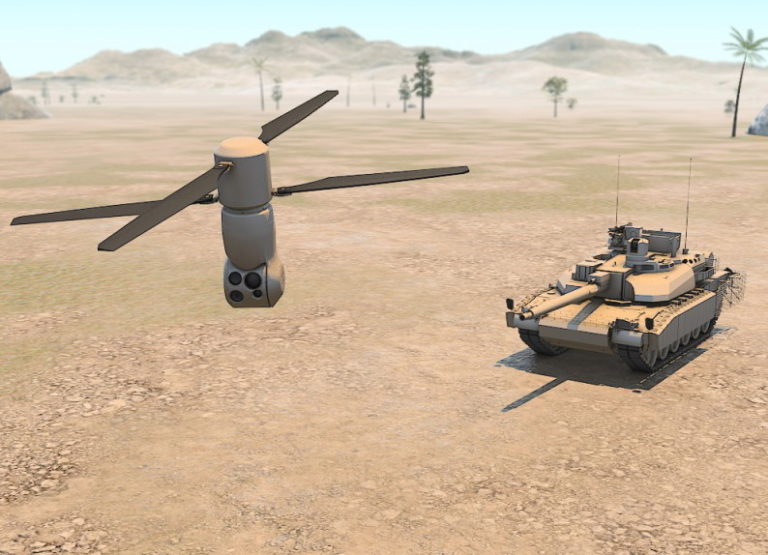 Armoured warfare is known for several shortcomings in irregular terrain, and that has plagued many tank commanders since the very conception of the weapon. One recent example can be found in Syria where the ‘invincible’ Leopard 2 of the Turkish armed forces suffered heavily from land mines...

Armoured warfare is known for several shortcomings in irregular terrain, and that has plagued many tank commanders since the very conception of the weapon. One recent example can be found in Syria where the ‘invincible’ Leopard 2 of the Turkish armed forces suffered heavily from land mines...

tighten the integration of the Leclerc tank with Unmanned Aircraft Systems (UAS)... Equipped with two drones that could be controlled from inside or outside the tank, it could anticipate threats with several sensors (camera, IR sensor, laser rangefinder). Tanks would therefore be less exposed and able to easily track lurking rocketeers or hidden targets.....

Russia announced that would fit its T-14 Armata tanks with the PTERODACTYL drone, a device manufactured by the Moscow Aviation Institute (MAI), able to circle up to 100 metres in the air and operate almost indefinitely as it will get its power from its parent device.
Click to expand...

A drone with elevated view of the battle space really don't have good synergy with a MBT. It is a huge waste of opportunity to have spotted a fleeting target only to lack weapon to prosecute.

What is much better is to equip tethered/organic drones with a vehicle with flexible indirect fire capability. A Gun mortar would be a neat fit for such a vehicle, and with a on drone-laser range finder (or HD mapping system) combined with FCS integration, one can fire on targets viewed from the drone view with minimum lag, and adjust for fire just as quickly, with software adjusting to track the drone aim point in real time. Tethered systems means electronics warfare is no problem for the kill chain at all. Other useful systems would be automatic grenade launchers and NLOS Missile systems.

A entire formation of gun mortars can MRSI saturate any target that is spotted by the drones, making moving at within range without top cover or sufficient firepower to suppress the drone force suicidal. 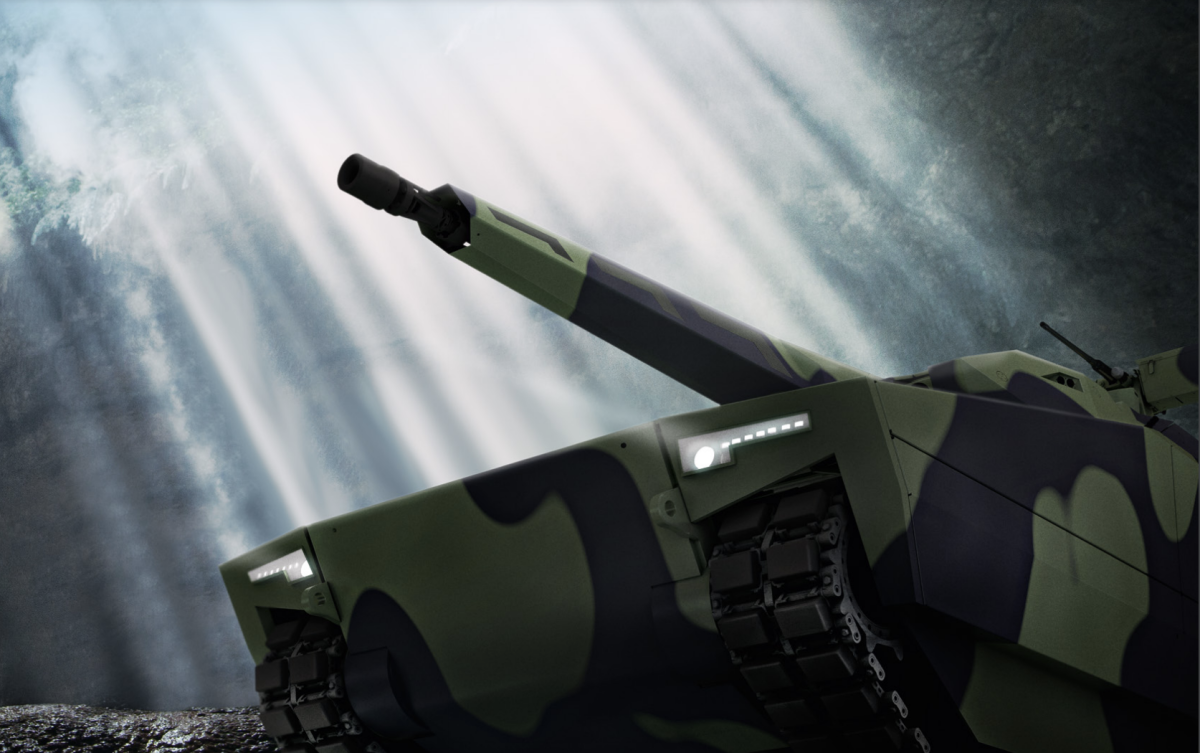 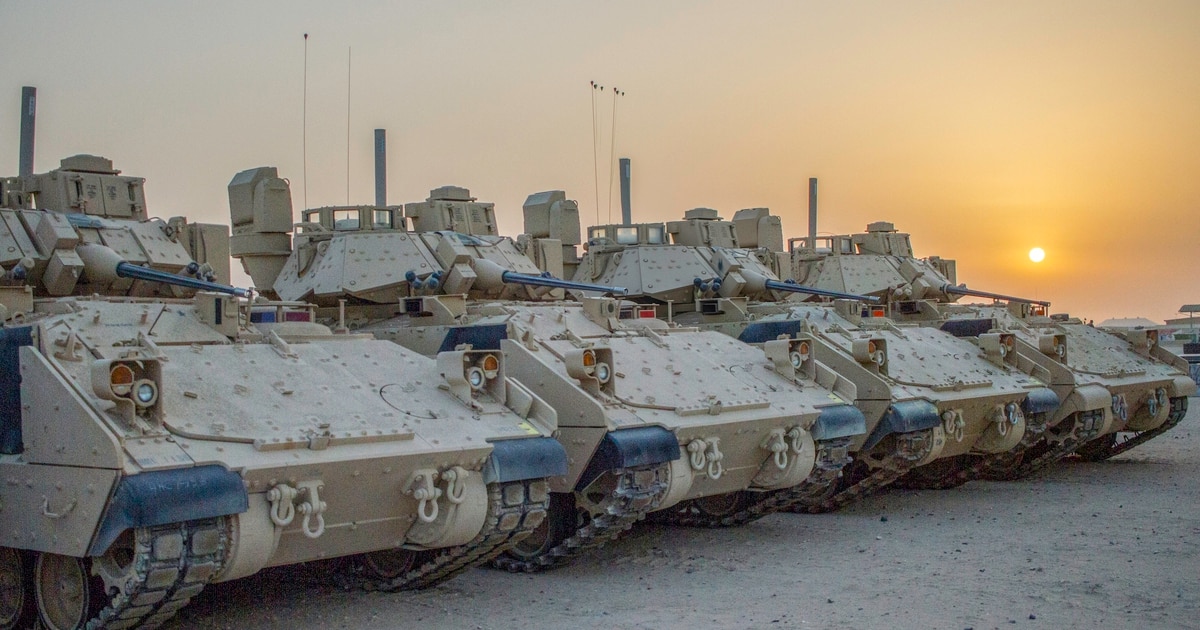 The Army really needed "to be more inclusive and to allow us to develop capabilities, that would be more scalable for the future." On top of that, the service tried hard, Maj. Gen. Ross Coffman said, "to lower the barriers to entry for foreign and non-traditional vendors." 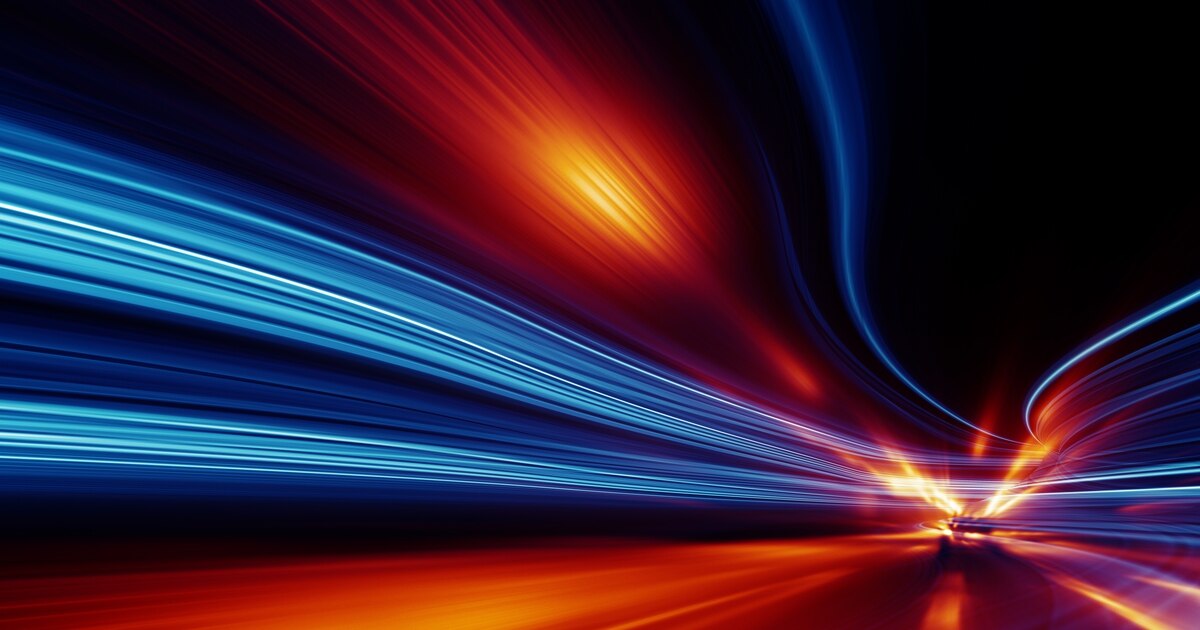 isayyo2 said:
I suppose the 9-man squad requirement is just as "optional" as it is optionally-manned?
Click to expand...

The requirements will be set later this year or early next. The desire to carry a full squad is still widespread, but it means buying a very large vehicle (even by armored vehicle standards).
Click to expand...

I'm sorry if this appears to be off topic, but I find it interesting that armies (the U.S. Army apparently no exception) are come back to the realisation of the APC/IFV/ICV needing to carry a full size Squad/Section, what with the refocusing of conventional warfighting vs the past twenty arduous years of irregular warfighting. The truth is, I fully support the notion of the full size Squad/Section returning, but at what physical and economic cost is this going to be derived? Hell most modern APC/IFV/ICV's no longer fit in the likes of the C-130 Hercules, not just because of their dimensions, but their weight.
I can't but help fear that the 'be all' obsession of irregular warfighting has somewhat derailed overall APC/IFV/ICV design, with the need to counter IED's and the likes, not to mention urban warfare.
I can't help notice Western APC/IFV/ICV getting larger, heavier, more sophisticated and hence more costly. I really thought with automation that the likes of turrets would get smaller in both size and profile and yet the complete opposite appear to be happening. The cost of these ever increasing sized turrets (and their turret rings/baskets) are obviously eating into the volumed space and principle role of the APC/IFV/ICV - the troop compartment.
I also can't but wonder how this proliferation of 'sensors' on these new APC/IFV/ICV are supposed to survive the modern conventional battlefield? I mean it's one thing to fight insurgent's with their couple of 82mm mortars, 107mm rocket launchers.....,but realistically, the West hasn't been on the recieving end of artillery bombardment/air strikes on a peer level since what - 1945? I wonder how these sensor (and the reliance on them) will hold up in a peer on peer battle we seem to be heading towards
Also, finally, it appears that the U.S. is back to 1960's of somewhat being back in the wilderness when it comes to indigenous IFV/ICV development, what with it looking at and relying on foreign designs to fix it's own short coming ability to design, develope and field a workable and functional IFV/ICV.... 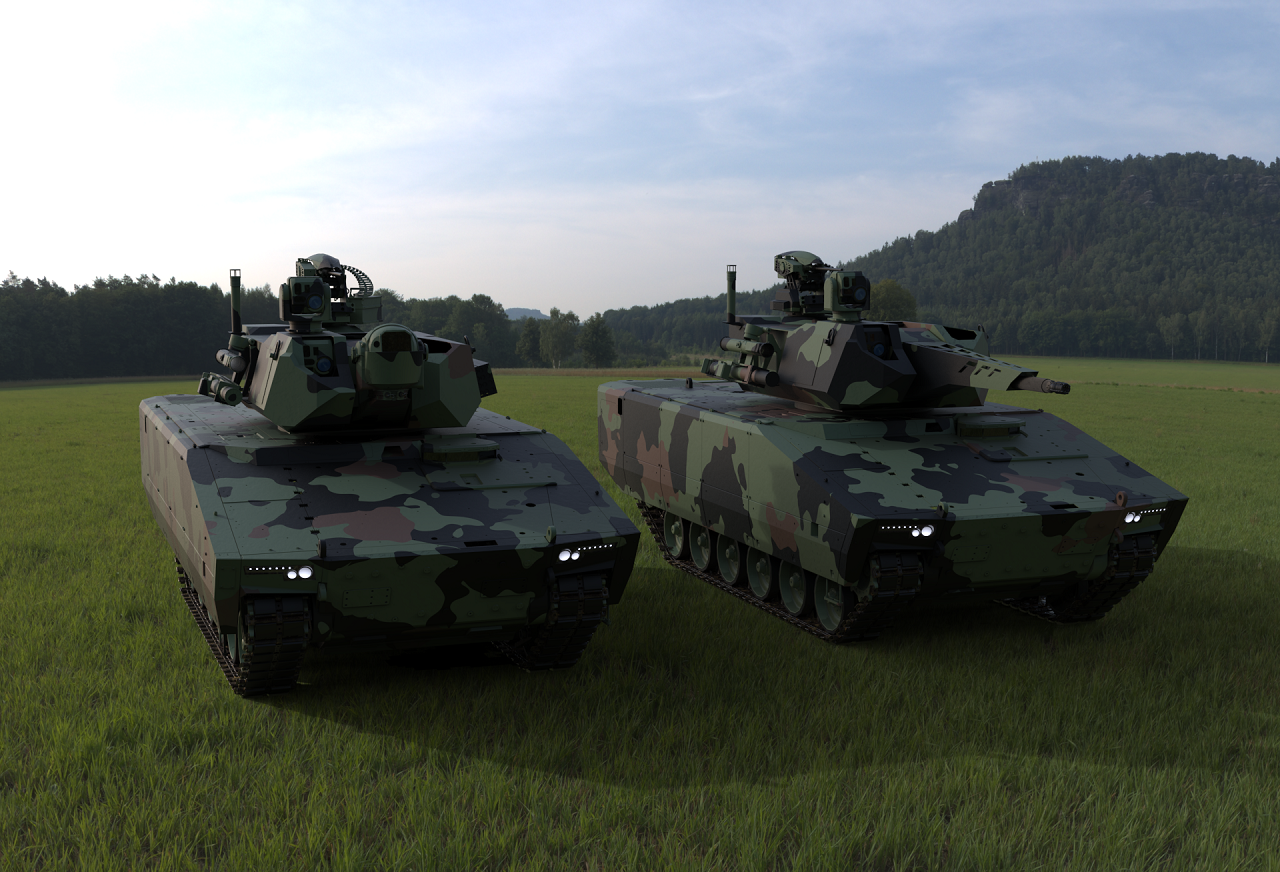 Team Lynx: Inside Rheinmetall’s bid for the US Army’s OMFV Programme 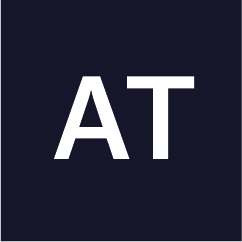 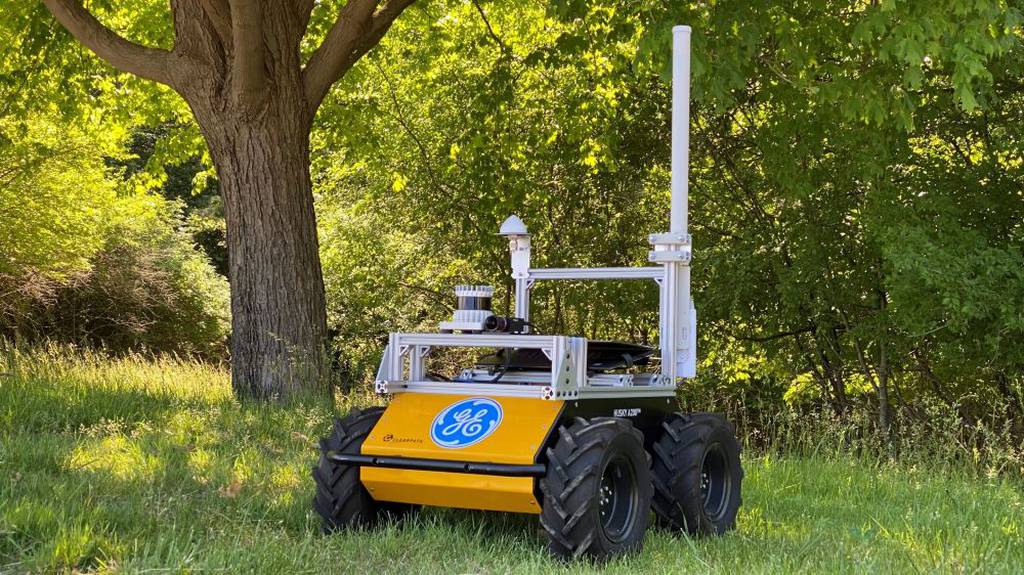 In Army Research Laboratory program, General Electric teaches a robot how to navigate off-road on its own.

Full size pic of the Lynx proposal, the turrets are certainly unique. 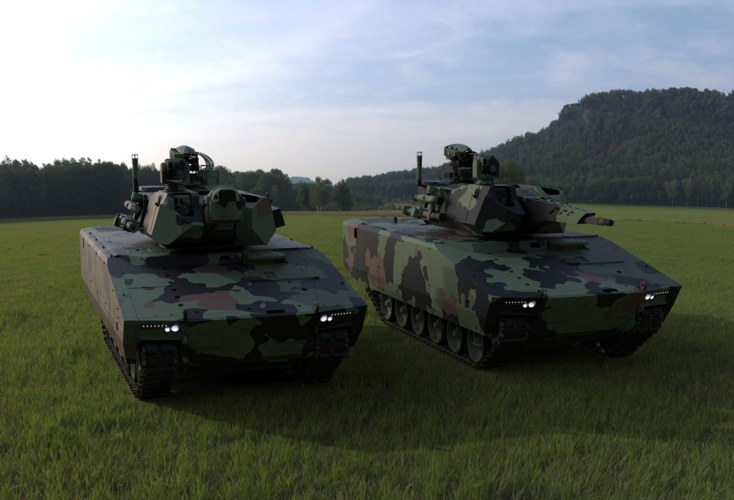 Sized for 50mm, and clearance for high elevation of the barrel.
J 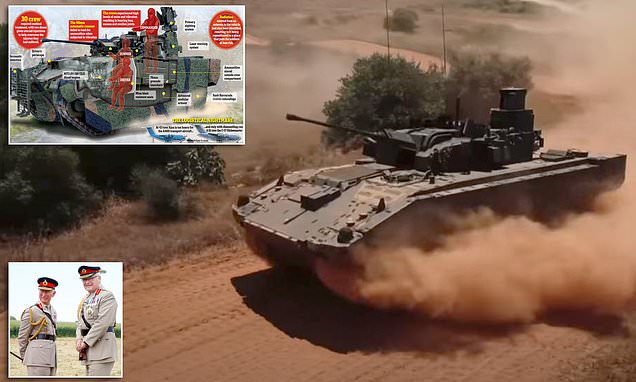 How top brass blew £3.5billion on a dud that is a menace to troops

The noise and vibrations that members of the British Army trials team endured while trying out the latest high-tech vehicle were insufferable.