Boeing's LWF design was rated very highly in the LWF competition. It has been suggested it came second in the evaluation to General Dynamics Model 401 (F-16), but Northrop's P-610 was given the second contract because it was twin engined and hence represented a different approach. Boeing's design was too similar to General Dynamics'.

The last pic is obviously a different design/derivative, because of the blending. I think it looks better than the non-blended version, IMHO. Do we know which of the designs shown was the actual submission? I would guess the non-blended design, since it's a full scale mock-up, but I was just curious about that.

I guess, the non-blended one, as the 1974 article used it for its illustration.

Anybody have some technical data for this project, please.

Is that a full size mock-up? Although I guess it shares the semi-reclined seating arrangement of the F-16 the cockpit seems too shallow to fit the pilots legs, rudder pedals and any other avionics in the nose. It would be a very tight squeeze taking references from the man standing beside it.

Thanks to Tony Buttler's American Secret Projects we can confirm that the model illustrates Boeing Model 908-618, an earlier study, while the mockup and 3 view is the later 908-909 design. Unfortunately no dimensions are given.

Note the 2D intake, which compared to a simple pitot intake was supposed to optimise performance for Mach 1.6 and allow Mach 2.0 as a fallout.

My attempt to scale this drawing from the detail drawing yielded a length of about 44ft 6in, which seems a bit low.

Apparently, Boeing were unable to converge a workable design for the LERX so removed it from their 908-909 submission.

seems an interpretation of F-16 made by Boeing : an artistic flying technology !!! ;D

It actually predates the GD F-16 design by a year or more.

The lower of three images (with the blended wing) seems to amount to a significant redesign (as a derivative) as the wing appears to have a higher incidence in it's mounting location to "blend" with the nose strakes.

No, the mockup pics are of the Boeing LWF.
S

All 17 pictures in high-res here:
http://crgis.ndc.nasa.gov/historic/Test_281:_Boeing_Close_Air_Support_Aircraft

This appears to be a straightforward modification of the Boeing LWF design - probably reusing an LWF wind tunnel model. The vertical canards imply some kind of AFTI style direct side force control.

Nice colour view of Boeing LWF model before the canards were added.

Recently found these higher-res copies on an old hard disk.

There seem to be some remaining Mirage genes in the planform.

Boeing designed a close air-support airplane based on this design with some improvements
in configuration,but I don't remember the source,need confirm.

All I remember that; the forward ventral control fins under the inlet that would allow side
translations during the bomb runs ?.

NASA added two more colour photos of the Boeing LWF. I've edited them to bring out the features of the models as much as possible.

There is a drawing with an artist's impression attached. The cockpit area seems to be too shallow to house the ejection seat and pilot and needs to made taller, possibly with an F-16 type canopy. 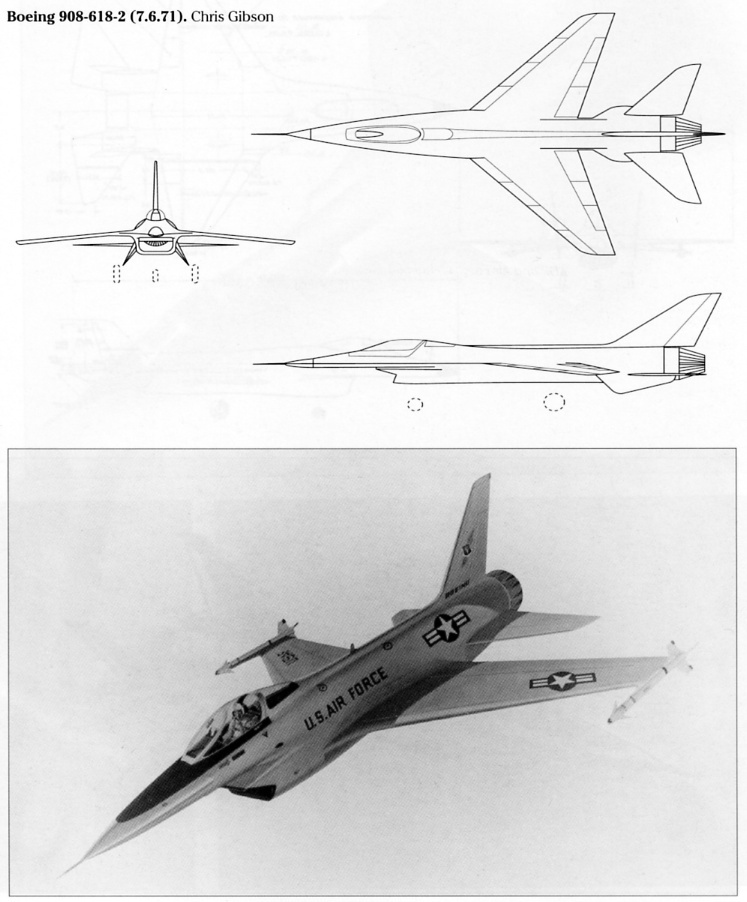 This image posted earlier in the topic is an original Boeing drawing, the one you posted was drawn by Chris Gibson for Tony Buttler's book American Secret Projects

As some have pointed out, the canopy is too low: take the pilot figure in the last drawing and try to place him in the cockpit (admittedly he would be in seated position), does not seem to fit. Also from the drawing, the cockpit height from floor to top of canopy is (on my screen) 1.2 cm to compared to 4.8 cm for the height of the aircraft, which is 25% of the height. One fourth of the height (14 feet) is 3.5 feet which is 1.1 metres, is this tall enough to include the pilot and ejection seat? 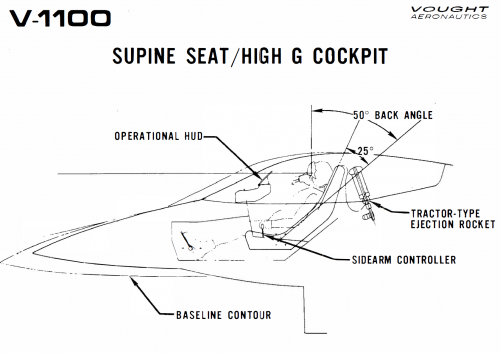