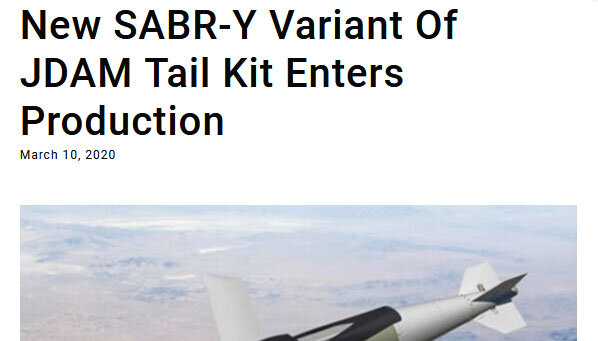 The Joint Direct Attack Munition (JDAM) is our high-quantity, air-to-ground weapon of choice because of its accuracy, reliability, and effectiveness. The JDAM program delivered over 46,000 guidance tailkits in FY19 to meet the needs of the Joint Force a nd Foreign Military Sales (FMS) partners. The Department of the Air Force also received an Urgent Operational Need (UON) for an advanced variant, known as SABR-Y, which incorporated enhanced GPS jamming resistance. We plan to order 25,000 tailkits in FY20 with future procurements shifting completely to the advanced SABR-Y variant. 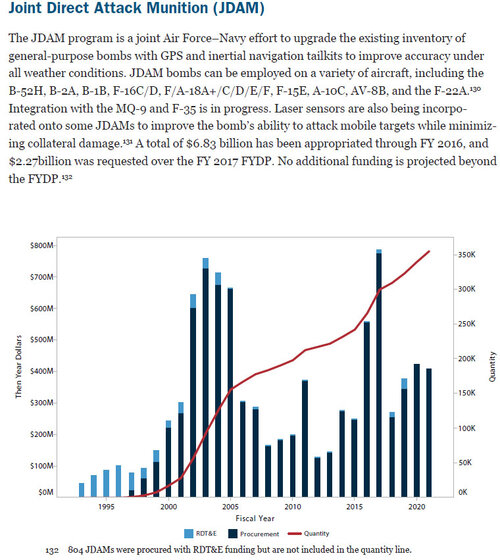 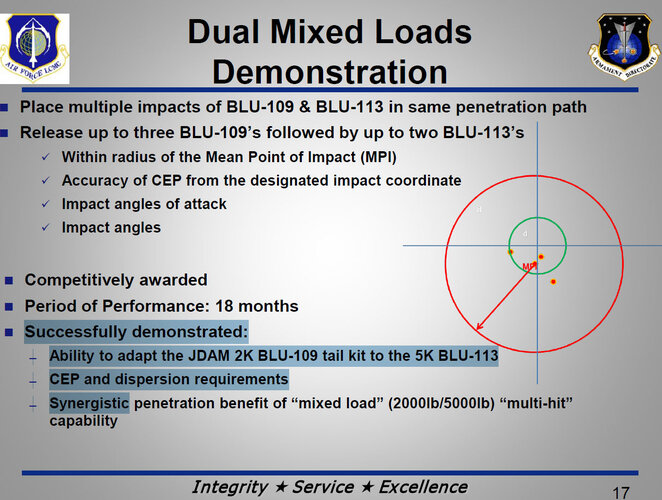 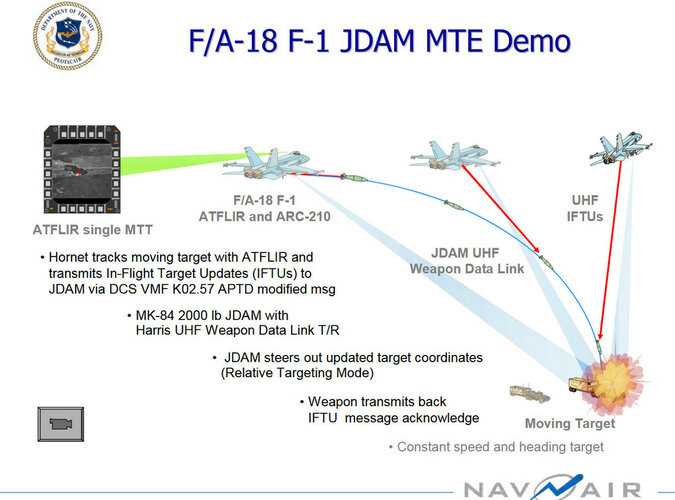 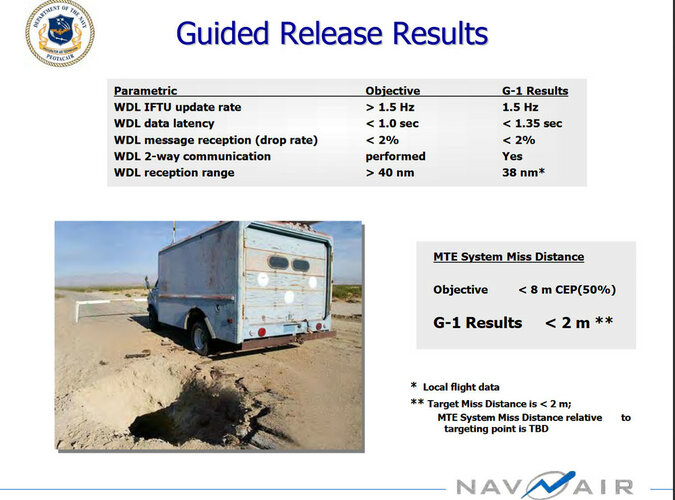 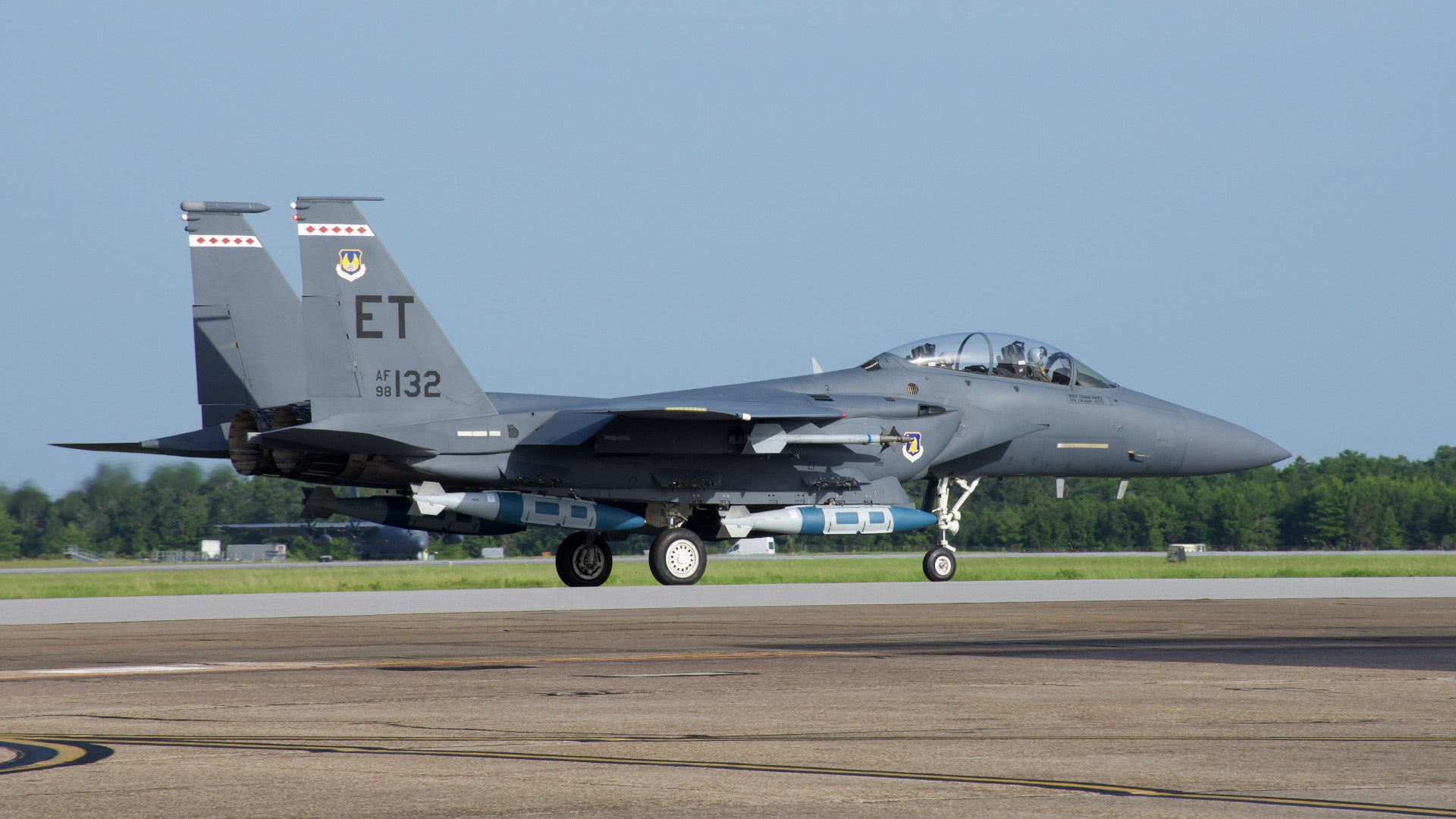 A recent test explored the use of modified Joint Direct Attack Munition bombs against static and moving targets at sea.

What was old is new again. 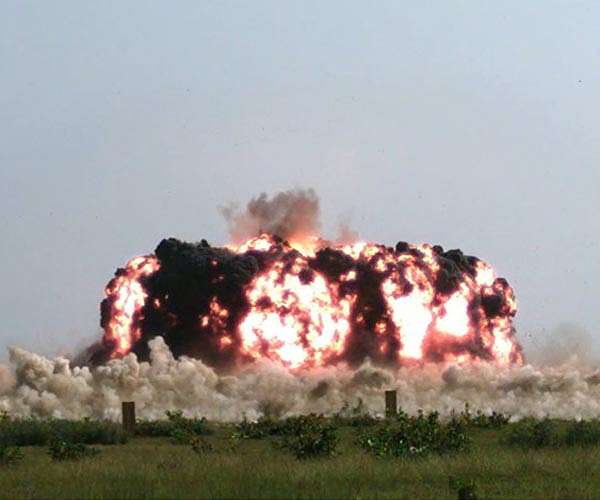 Eglin AFB FL (AFNS) Aug 19, 2021 - The Air Force Research Laboratory concluded its Dialable Effects Munition demonstration program during a test of the experimental weapon July 28. The DEM, an Office of the Secretary of Defense
www.spacewar.com

5K JDAM was designated as GBU-72 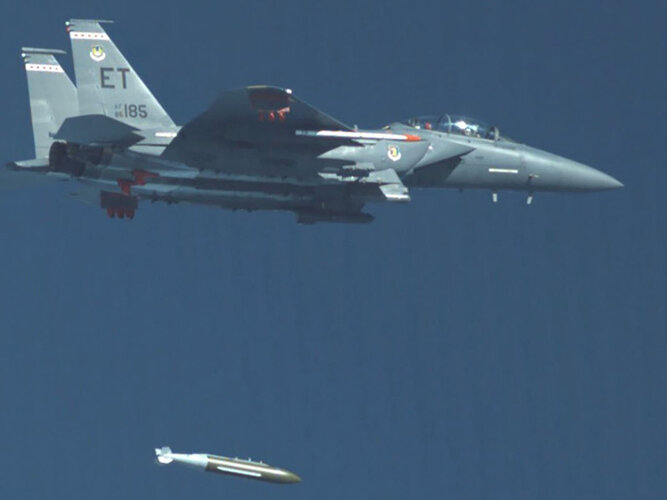 The 5,000-pound bomb’s release marked the end of a test series planned by the 780th Test Squadron and performed by the 40th Flight Test Squadron. That series included the first-ever weapons load, flight and release of the weapon July 23. The squadron’s test goals were to show the weapon could safely release from the aircraft and validate a modified 2,000-pound joint-direct-attack-munition tail kit’s ability to control and navigate a 5,000-pound weapon.

The test series, deemed a success by the Armament Directorate’s Direct Attack Division, consisted of three flights. Those flights and drops were made much more complex since this was the first GBU-72 release.

In addition to the successful flight test series, the ground test series was Eglin’s largest-ever arena test, surpassing the previous titleholder by more than double. The arena test, an open-air test where the warhead detonates surrounded by blast pressure sensors and fragment counting equipment, helps to determine the weapon’s lethality. The 780th TS also planned this test event.

The flight test series success depended upon the 780th TS’s planners and the 40th FLTS’s aircrews making the right choices, creating new procedures and adjusting quickly to ensure the weapon released correctly and the mission remained on schedule.

“Test series of this magnitude are never successful, overall, because of just a single person or organization,” said Ronald Forch, 780th TS Programming Engineer over the GBU-72 flight and ground test efforts. “They are ultimately successful because the test engineer is able to perform a role very similar to that of a symphony conductor guiding the performance of a series of consecutive miracles – none any more important than the other.”

The Armament Directorate recently commended the squadron with the External Team of the Quarter award for its GBU-72 program efforts.

The GBU-72 was developed to overcome hardened deeply buried target challenges and designed for both fighter and bomber aircraft. The weapon design and its projected effectiveness were developed using advanced modeling and simulation techniques and processes before the first warhead was forged. This is a repeatable process for all future direct attack weapons. Lethality is expected to be substantially higher compared to similar legacy weapons like the GBU-28, according to James Culliton, GBU-72 Program Manager.
Click to expand... 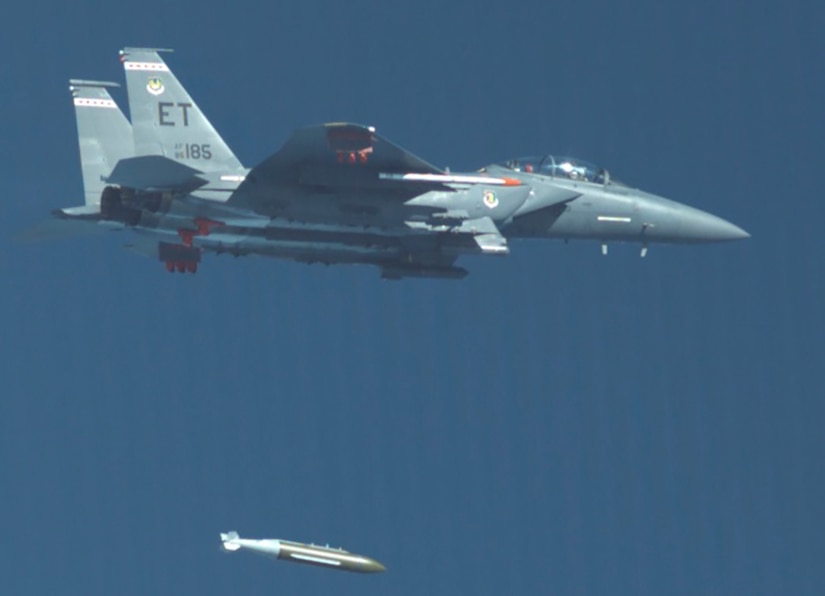 twenty four years ago 5K warhead has in the great-grandfather of todays gps-guided bombs, although then they were was built by Northrop Grumman 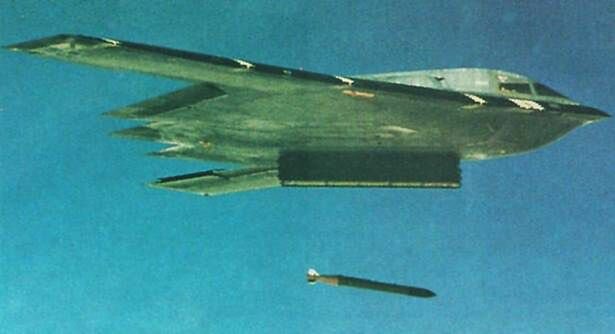 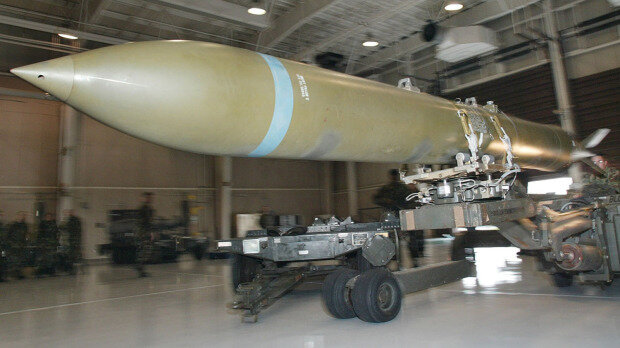 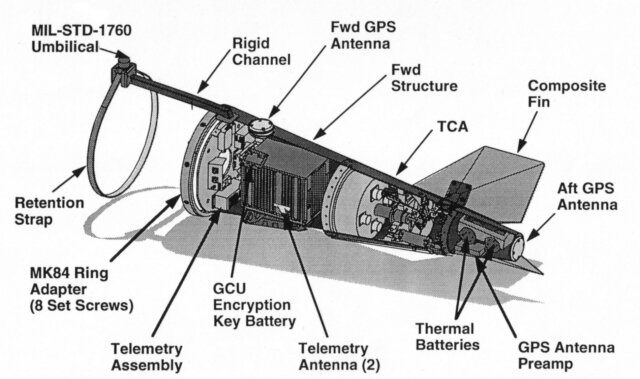 After the end of the Cold War in 1990, the U.S. Air Force's B-2 bomber's only non-nuclear armament option was the unguided 900 kg (2000 lb) MK 84 free-fall bomb. To enhance the B-2's value in conventional wars, the USAF decided in 1992 to equip the aircraft as soon as possible with a precision bombing capability. Northrop Grumman subsequently developed a package consisting of the GATS (GPS Aided Targeting System) for the B-2 and the GAM (GPS Aided Munition) add-on kit for the MK 84 bomb. The GAM kit includes a tail assembly with a GPS-aided INS (Inertial Navigation System) and four movable fins to steer the bomb, and a so-called "strake jacket" wrapped around the forward part of the bomb body to ensure a constant angle of descent. The GATS uses the imaging capabilities of the B-2's AN/APQ-181 SAR (Synthetic Aperture Radar) in connection with a GPS receiver to obtain very accurate coordinates of the intended targets. This information is used to update the GAM's GPS/INS guidance computer immediately before weapons release. The first GATS/GAM-equipped B-2s (Block 20) became available in April 1996, and in October that year, a live test successfully demonstrated the Block 20 B-2's all-weather high-altitude multi-target (the aircraft could carry 16 indiviually targeted GAM bombs) precision bombing capability with an accuracy of better than 6 m (20 ft) CEP.
The GAM-equipped MK 84 bomb was known as "GAM-84", and was eventually officially designated as GBU-36/B. GAM uses the same guidance principle as JDAM (Joint Direct Attack Munition), which was also under development in the 1990s. However, while JDAM was to be a low-cost weapon and was not planned to become available until 1998/99, GAM was developed to field an interim precision-guided conventional weapon on the B-2 as quickly as possible, without too much concern for unit cost. Therefore, less than 200 GBU-36/B bombs were procured, and these were retired when JDAM became ready for use on the B-2 in 1999.
The second bomb that was fitted with a GAM guidance kit was the 2000 kg (4500 lb) class BLU-113/B "bunker buster" penetrator warhead, which had been developed on a "crash" basis for Operation Desert Storm in 1991 (for details, see GBU-28/B Paveway III). The GAM-equipped BLU-113/B, also known as "GAM-113", was designated GBU-37/B. The first drop of a GBU-37/B from a B-2 occurred in May 1997, and it's possible that weapons of this type were operationally used in Afghanistan in 2001 (but reports are conflicting). The GBU-37/B is replaced by the GBU-28C/B, a development of the GBU-28/B laser-guided bomb with an improved warhead and additional GPS/INS guidance.
Click to expand...