Does anybody have the photo of the Condor in good resolution?

Matej said:
Does anybody have the photo of the Condor in good resolution?
Click to expand...

Matej said:
Does anybody have the photo of the Condor in good resolution?
Click to expand...

wait till the evening...


flateric said:
wait till the evening...
Click to expand...

The Condor is on display in the Hiller Aviation Museum south of San Francisco.

From Boeing presentation about Phantom Eye

Over 30 detail photos of the Boeing Condor were among those recently posted on Flickr by the San Diego Air & Space Museum (SDASM) Archives. If the dates on the photos is accurate, they date from April 20, 1994. This would be less than five years after its last flight in November 1989, and four years before the Hiller Aviation Museum acquired the aircraft for exhibit in 1998. These photos are among those recently posted from the "Ryan [Photo] Negatives Collection" from Teledyne Ryan consisting of Ryan Aircraft's Remotely Piloted Vehicles (RPV) and drones from the 1950s up through the 1990s.

What is Teledyne Ryan's connection to the Boeing Condor, where was the Boeing Condor stored between 1989 and 1998 prior to going to the Hiller Aviation Museum, and what were these photos doing among a series related to Ryan's designs? I have no idea.

Here is a link to the Boeing Condor photos:
https://www.flickr.com/search/?sort=date-taken-desc&safe_search=1&tags=boeingcondor&user_id=49487266%40N07&view_all=1 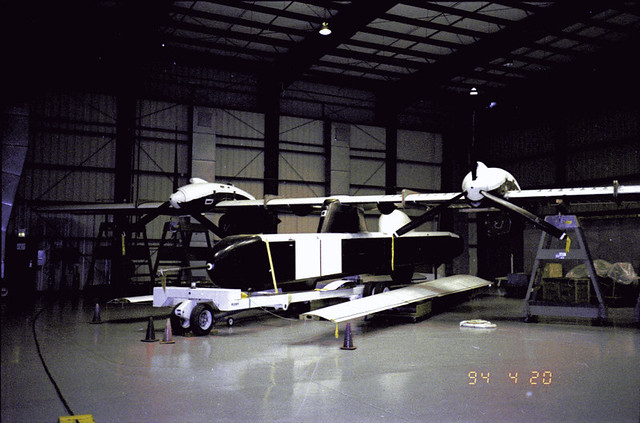 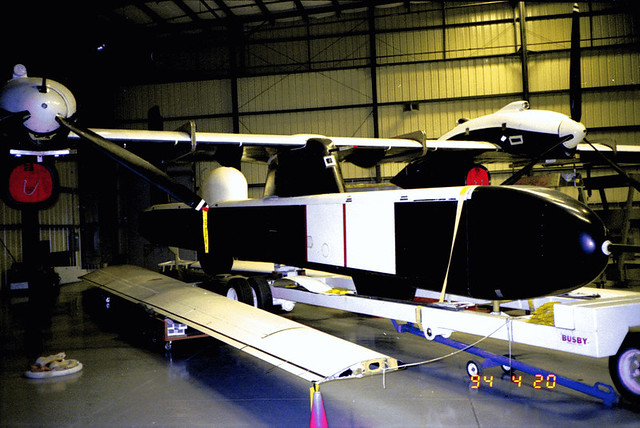