boeing B17 with rocket gun?

hello,does anyone have more information on this project? 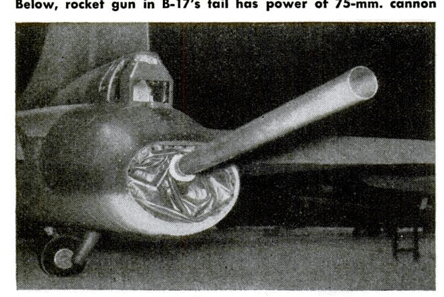 thanks for your answer!

This appears to be one of the test planes for the X2R-1 using a 4.5" spin stabilized rocket. The project was tested at NOTS China Lake in 1944 but found to have poor accuracy and a low rate of fire so it was abandoned. The project was led by Dr. Horace Babcock.

There were several similar projects carried out to give B-17 and 24 bombers reward firing rocket launchers but none went beyond testing.

The forward (not in picture) end of the launcher could be raised into a hatch in the bottom of the plane for reloading.

Is there any further information on this line of development?

There isn't much on it because the whole project was pretty minimal.

The X2R-1 was intended to give a bomber a longer range weapon against German fighters than the .50 machinegun, but testing proved it to be basically worthless so the project was dropped.

The tail mounted triple launcher was a field experiment to do the same thing supplementing the rear turret / tail gun position. The standard M 10 triple 10' launching tube assembly was used. A hatch was added in the bottom of the plane to allow for reloading by a crew member. The rocket was a standard 4.5" fitted with a T-5 proximity fuze. Aiming was minimal as you might imagine.
One bomber from the 489th BG was converted by the 8th AF for tests. Tests were conducted at the Wash Bombing Range in England in early 1945.

The results were good enough with the proximity fuze fitted to warrant limited installation in more B-24's but these were not completed before the war ended and the program was dropped. 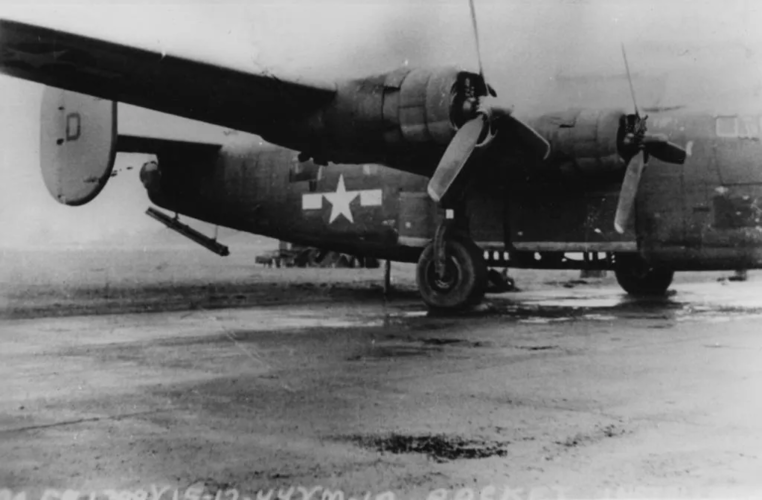 This is a better image of the whole installation. The plane's tail is painted white with a large D on it to warn other planes away. 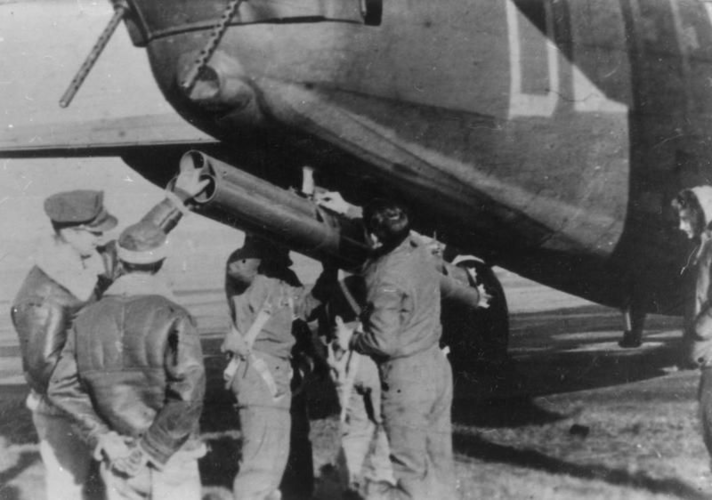 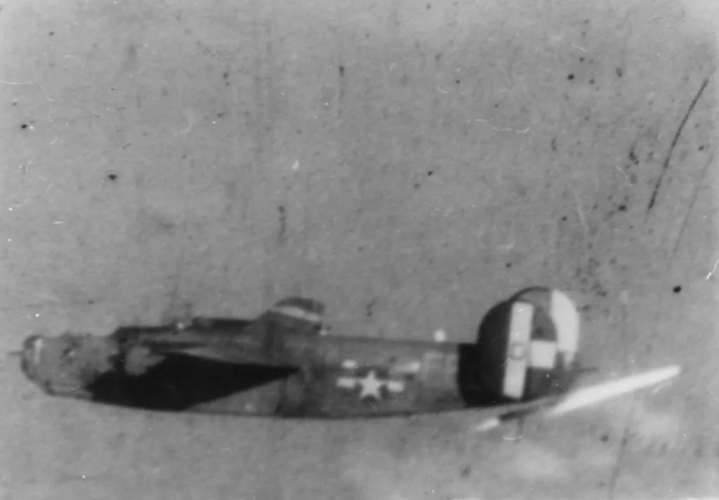 Some more shots of this system in testing
W

Are you getting these pictures from a book, because I haven't heard of this up until now?

Some interesting photos, from the

Some more on it here

May I ask what book?

Also, were any developed past preliminary testing?

Wirbelwind said:
May I ask what book?

Also, were any developed past preliminary testing?
Click to expand...

This is a three volume set and it is pretty comprehensive.

None of these rocket launchers went beyond testing. Once the war ended they were dropped entirely.

Now, of note is that the USAAF / USAF did continue with projects like MX 802 Dragonfly after 1945 which was to be a bomber launched defensive guided missile. The project eventually evolved into the MX 904 and then AIM 4 Falcon. 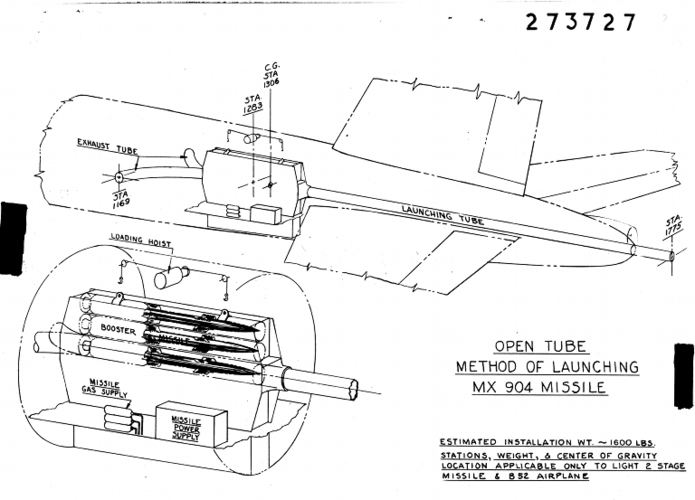