This awkward aircraft, the Boeing 752, with its unusual narrow body fuselage and tail mounted mid-engine never made it pass the drawing board
Click to expand...

Do you know some technical data?

Recently purchased, from the Island of Unwanted Toys section of eBay, a Boeing factory model also labeled Model 752. Other than a similar paint job, the common elements between the two configurations seem to be a highly swept wing (about 42 degrees) and the forward-projecting engine nacelles. I'd guess that 752 was a broad program to investigate the highly swept wing and unusual engine mount rather than a specific configuration.
Other notable details:
3 x triple axle landing gear bogies. The fuselage is so low to the ground that center landing gear wheels don't fully leave the landing gear well when extended. The rear axles of each bogie is raised, suggesting that someone dropped the model or that the trucks are hinged, as on the 777, to limit tire wear due to scrubbing.
Twin lobed fuselage with the larger lower lobe featuring passenger windows and doors along the entire useful length. There are no cargo doors represented, although these decals could have rubbed off, leaving a mystery as to where the luggage and cargo was supposed to go. 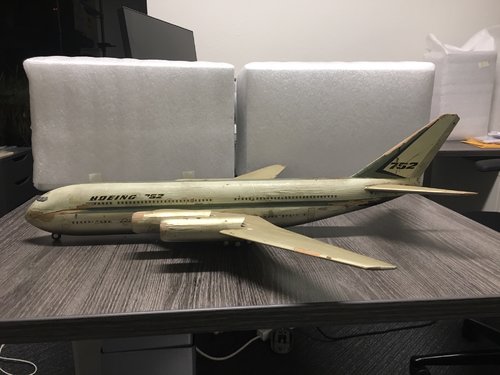 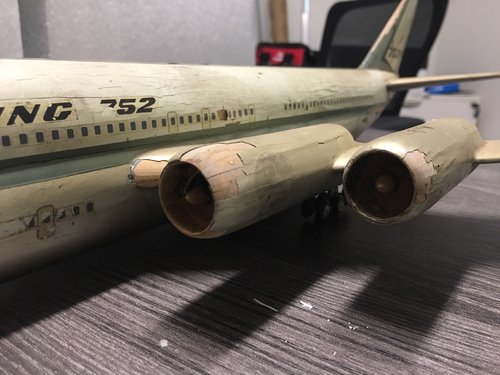 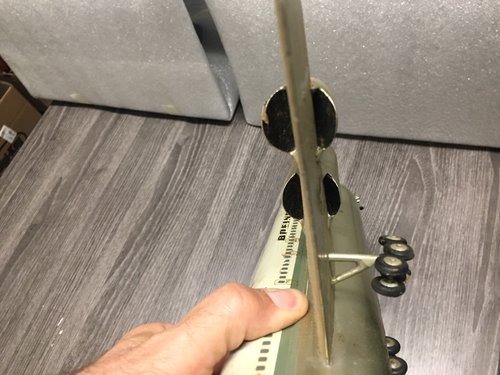 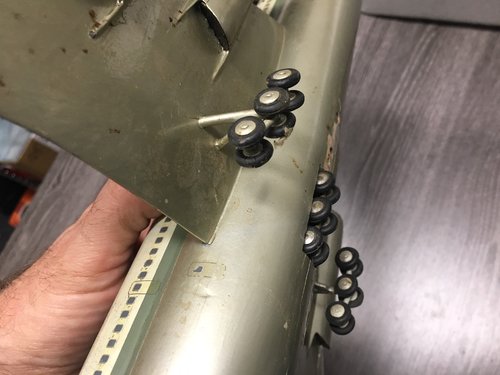 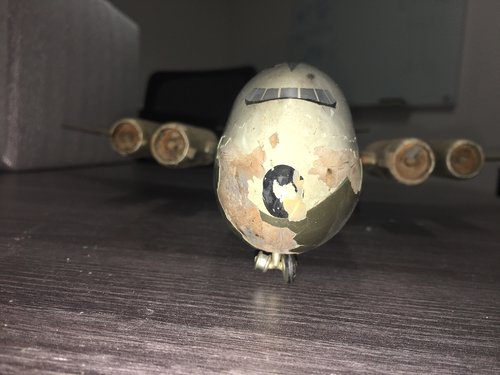 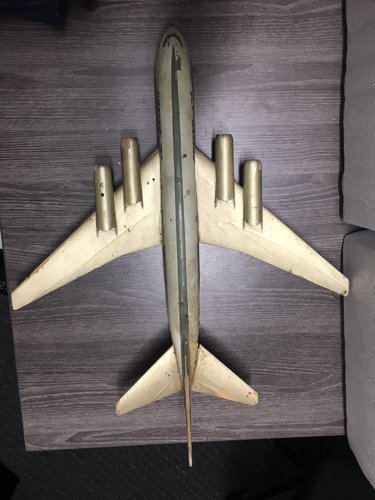 The spanwise engine placement looks similar to early 747 configurations, suggesting that the model may date to the mid 60's.
Does anyone know:
- When did the 752 program exist and how did it relate to the 747?
- What, if anything, does it mean in Boeing practice to assign a sequential number to a model vs a placeholder in the 7x7 series (7X7, 7N7, 7J7, 7E7, etc.)?
- What were the hoped-for advantages provided by the forward-projecting engine nacelles?
The last 2 images are of an early 747-labeled model in the Boeing archives that has many similarities with the 4-engined Model 752.

Thks for showing this very interesting model. Sorry, i have no awnsers to your questions, i've too been wondering what is the logic ( if there is any) behind these designations.
Plus, what is the thing with Boeing and number 7 ??
F

Is the split engine exhaust meant to improve lift by the blown-flap configuration? 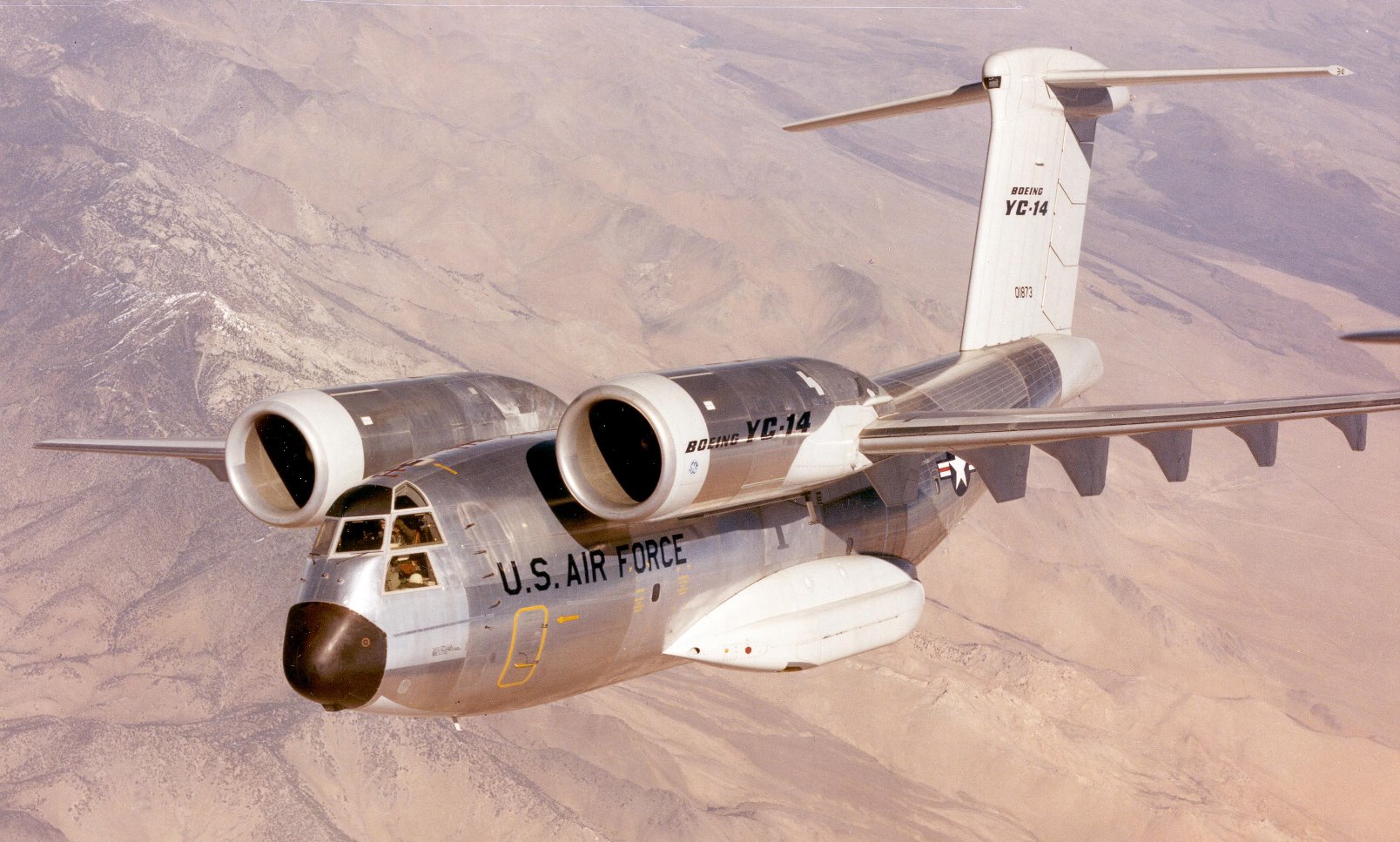 The Boeing YC-14: The Design That Was Too Advanced For Its Own Good

galgot said:
Thks for showing this very interesting model. Sorry, i have no awnsers to your questions, i've too been wondering what is the logic ( if there is any) behind these designations.
Plus, what is the thing with Boeing and number 7 ??
Click to expand...

I believe it had something to do with their designation system. All numbers between 700-799 were reserved for jet aircraft. The Boeing 707 was originally going to be called the Boeing 700, however, one of the engineers thought that 707 sounded better, and it was implemented, remaining an all products besides the Boeing 720. At least, that's how the story goes.
Share:
Facebook Twitter Reddit Pinterest Tumblr WhatsApp Email Share Link