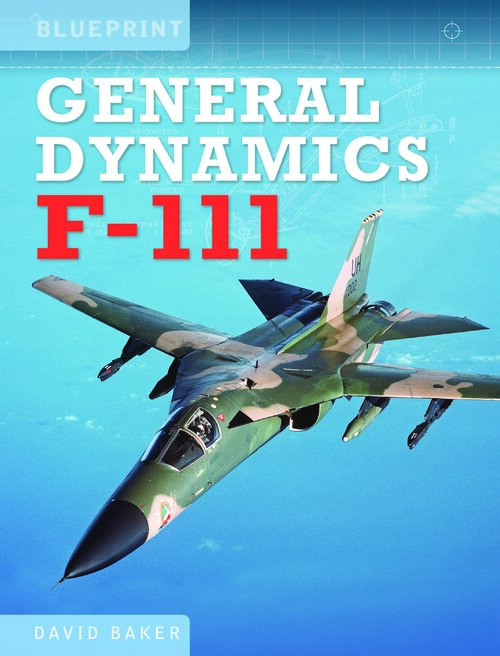 The General Dynamics F-111 was a swing-wing tactical fighter, interdictor, nuclear bomber and electronic warfare aircraft developed in the early 1960s in the belief that requirements from the US Air Force and the Navy could be satisfied more economically and efficiently by a single design. The idea was flawed and the Navy never got its aircraft but the supersonic F-111 went on to be developed successfully by the Air Force for tactical strike in Vietnam flying 4,000 combat missions for the loss of three aircraft . Later, in the Gulf War in 1991, just 66 aircraft dropped over 80% of the laser-guided bombs deployed, destroying more than 1,500 Iraqi tanks
A version was used by Strategic Air Command in the nuclear-delivery role as a supersonic bomber to replace the Convair B-58 Hustler, another filled the function of electronic warfare and a variant was exported to Australia where it remained in service unti l December 2010. The US Air Force retired its last F-111 in 1998, replaced by the F-15E Strike Eagle. The F-111’s importance lies in its introduction as the first US variable-geometry aircraft to serve on the front line. As a story, the history of the F-111 embraces the evolution of variable-geometry wings, high performance jet engines and the transition to a greater emphasis on electronics, avionics, radar and stand-off weapons, each sector being efficiently adopted by the F-111. General Dynamics F-111 describes the developmental and operational history of the aircraft , its many roles and the various weapons and ordnance it carried including smart weapons and nuclear devices.

Looks like it is going to be an interesting book.

The only issue is that David Baker has written a loooot of books about, maybe, too many themes: rockets, spacecrafts, nuclear bombs, migs...

oluen said:
The only issue is that David Baker has written a loooot of books about, maybe, too many themes: rockets, spacecrafts, nuclear bombs, migs...
Click to expand...

oluen said:
The only issue is that David Baker has written a loooot of books about, maybe, too many themes: rockets, spacecrafts, nuclear bombs, migs...
Click to expand...

Certainly this is a matter of taste, but I'm a firm believer in "Jack of all trades, master of none". Some minor examples: In his book about the mig-29 (haynes) he makes some statements against the Luftwaffe reports and public knowledge (like the 29 being well beyond western counterparts... ). In the one related to nuclear weapons there are surprising errors describing basic physics like defining the electron as neutrally charged...
G

Of the three shot down in Vietnam, the Soviets got a hold of one of the escape pods, and took it back to Moscow with them. I remember reading about this. Also pieces of B-52s shot down, they took those back to Moscow also.
A

About time someone wrote a comprehensive illustrated history of this magnificent aircraft. I'm genuinely surprised there aren't more Yefim Gordon style books being published featuring American or European warplanes. Surely there has to be a market for that. The last publishers that attempted to do that was the Aerofax series published in the early 2000's.

Well, he wasn't terribly big on research, but he had some good knowledge and contacts, and was pretty good at the writing stuff. While at Aerospace Publishing in the 90s I saw Gordon Swanborough making up captions for a commissioned work for a third party with about 2 seconds thought per picture and no fact checking. I guess that''s how they rolled back then.

There's the key. You write what you like and if you get paid to write about something else, all the better (I won't quote Dr Johnson). My eclectic range goes from Churchills with mine-clearance rockets and radio-controlled exploding Amtraks to fur-covered, ramjet powered, Mach 5 personal transports via AEW, attack helicopters and GWs. I'm happy to be a jack of all trades, probably a result of my background. In fact I'd find sticking to one subject rather tedious.

As I said, it is a matter of taste. Bill Gunston... my first aviation books were written by him (well, translated into Spanish) and at that time (40 years ago) I loved it. But at some point they lacked some more detail (again, my taste, for me) and his different books edited in Spain were like the same information with some different photos (this could be an issue with the Spanish publishers, limiting publication to the ones with more potential success, I don't know). In any case, to my knowledge, he was writting 'only' about military aviation (which is a quite wide theme, I know). David Baker is writting about aviation, rockets, spacecrafts, nuclear weapons...well, as I've said, a matter of taste.
Having said that, I will most likely buy this f-111 book... I'm too freak to resist temptation...

As a kid before really getting into the collecting/researching part of life, I loved reading Bill Gunston - his book on Western Fighters where he talks about the Russian reaction to the F8U Crusader (my Father flew them) had me hooked. A far better overview of aviation than the likes of Bill Yenne and others. I also liked Ray Bradbrook (if memory serves me correctly) in Air International - humor and an insight of British projects. Always enhanced with Chris Wren drawings....