As no-one seems ever to have answered that question, allow me to share three pictures of that aircraft (and a text in Italian...):

Thanks Stéphane! A rough translation:

"This time we offer three images from the Archives of the National Air and Space Museum in Washington, who asked us for an identification. This is the prototype of the Besetti C.3 photographed at the camp of the Arcore company (Milan). In the background can be seen some Ca.309s and camouflaged hangars.

The C.3 was a twin-engined tourer conceived in 1938 by Ing. Ambrogio Colombo and characterized by engines equipped with compressors: this was an unusual solution for a 4-seater aircraft but became necessary for use in Ethiopia. The complexity of the competition for light aircraft resulted in modest delays in the completion of the prototype. This work was assigned to Ing. Ermanno Bazzocchi, after the death of Columbus on March 8, 1939 while testing the SS .4. Finally completed with the Alfa 111, a 110 derivative with a compressor, the C.3 was flown by Enzo Cisaro in the late spring of 1943 but, as written in 'Dimensione Cielo', after two months and 15 hours of flight, the aircraft was lost due to "a serious oil loss and break down of the drain pipes. This, and the subsequent armistice, prevented further development of the program.

Despite being constructed for the military, no known MM. was assigned to the C.3. A recent catalogu of Italian matricole militari attribution of MM.542 refers to a "Bestetti C.3" propelled ... Alfa 115 and, therefore, appears to be a different machine from the one shown here."

So it was a colonial liaison aircraft, in other words. 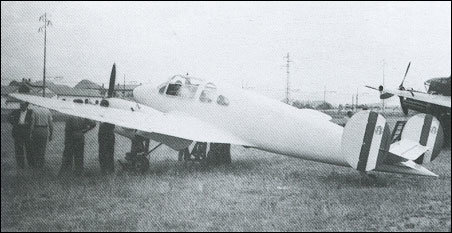 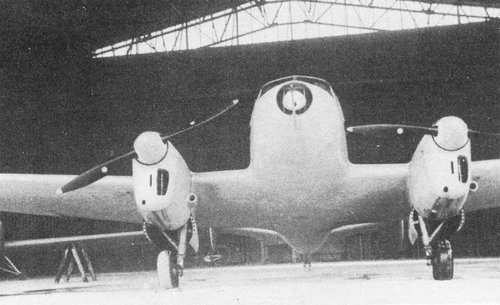 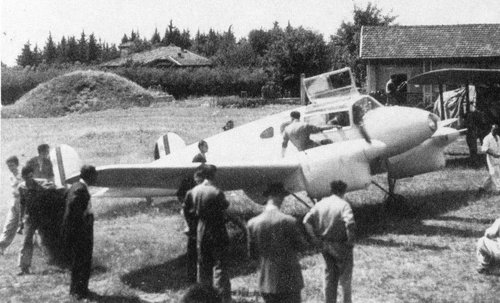 One interesting point I noticed, which had been taken from one of the sources for the airwar.ru entry for the Bestetti C.3 was that documentation for the type was believed to have been passed to Macchi, and this was used in the development of the MB.320 light twin. What basis that was taken I do not know.

Following my comment nearly a year ago I copied the profile view of both as a comparison and the Macchi seems to be a lot chunkier for want of a better word, but I suppose even aircraft designs put on weight with age!!