We are Bellwether Industries. We aim to provide comprehensive solutions for urban air mobility. Urban air transport is going to become a new lifestyle that will allow us to explore the globe in another dimension in the near future. We will become the flying car alternative. 瑞鑑航太科技股份有限公司 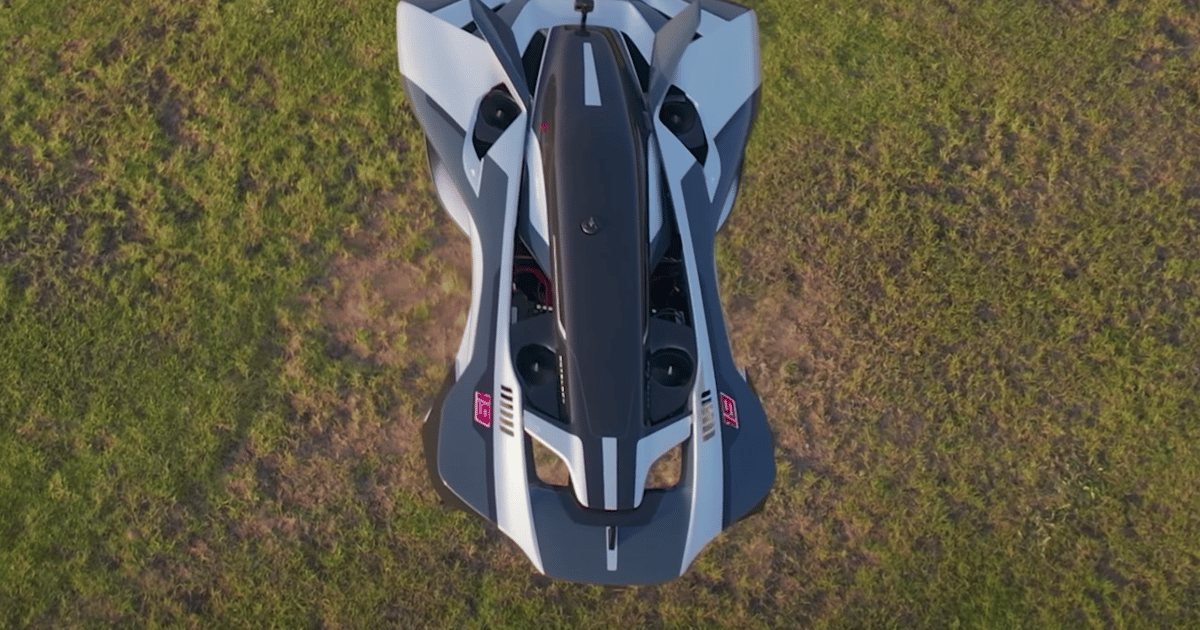 Bellwether has begun flight-testing its stunning Volar eVTOL flying supercar design at half scale, but the video appears to confirm our fears: all style with little substance, it appears to be a wobbly quadcopter drone with a flashy bodykit.

January 16, 2022
Bellwether has begun flight-testing its stunning Volar eVTOL flying supercar design at half scale, but the video appears to confirm our fears: all style with little substance, it appears to be a wobbly quadcopter drone with a flashy bodykit.
Click to expand...

[...]With commercial certification still years away for even the most grounded of air taxi companies [...] and investors caught up in a frothy lather of hype, people are still managing to raise money on the back of a few sweet renders and some media coverage.
Click to expand...

[...] Great pictures sell stories, especially in times like these when people are desperate for reasons to be hopeful about the future, and we chose to write about the Bellwether Volar [...]because of its spectacular images, no matter how bankrupt the design appeared in terms of engineering innovation and real-world practicality.
Click to expand...

Untethered flight footage released last week appears to confirm that this machine, for all its spectacular bodywork, is simply a multicopter with concealed fans. Not even a particularly stable one, from the looks of things; the half-scale prototype lifts off with a series of lurches that would see passengers start launching their lunches.

This can probably be fixed easily; multicopters are a long-solved problem, so unless that bodywork severely restricts airflow, a few settings tweaks will set it right in no time. What can't be fixed, unless we're missing something pretty significant, is the fact that this thing is just a multicopter, tarted up in carbon fairings that look like they're designed for high-speed horizontal flight. Never mind the fact that it doesn't seem to have any horizontal propulsion systems.

Electric VTOLs are all struggling against the fundamental problem of energy storage, and despite the battalions of scientists working to bring forth next-gen battery technology, it looks like these new aircraft will continue to be severely range-restricted into the medium-term future. So they need to be efficient, and there's no energy margin to waste on cosmetics if you want to fly any kind of useful distance.

[...]If Bellwether manages to pull together the funding to take this project to production, the Volar looks to have strong potential as a movie prop. [...]That may well be justification enough for the slapping down of a few multi-million dollar checks. If so, good luck to all parties – but Bellwether will need to prove the Volar's beauty is more than skin deep before it'll impress the aviation world
Click to expand...