hesham, what makes you you think that this was either designated T-37 (or related to the T-37 trainer)?

Don't know - but here's the description from the next page.

INITIAL DETAILS HAVE BEEN RELEASED of a
Bell Helicopter V/STOL rescue aircraft
project submitted to the USAF. Designs
for other missions have also been submitted
to the US Army and the US Navy. As the
illustration opposite indicates, the Bell
project involves a fixed wing with thrust
turbojets and two rotors at the wingtips
arranged to fold rearwards into a fully
trailing position.
Wind tunnel tests have, say Bell, shown
that rotor drag during conversion is acceptable
and rotor behaviour excellent. In
helicopter flight the rotor axis is tilted
slightly forward and conventional collective
and cyclic pitch changes are applied in the
normal way. Rotor drive is by "off-set
shaft turbine" fed by the two General
Electric CF-700 turbofans under the wings.
The machine would make a helicopter
transition from the hover and, at between
90 and 170 m.p.h., the rotors would be
tilted slightly aft and function as undriven
autogyro rotors. All forward thrust would
be provided by the turbofans. Final
conversion would be by tilting the rotor
shaft progressively rearwards towards the
horizontal, at the same time reducing
collective pitch to a low-drag, windmilling
condition. Negative pitch finally reaches
90° and the blades would fold to trail
behind the nacelle. The reverse of this
process, again with the rotors freewheeling,
would be used to achieve first autogyro
flight and finally the powered hover. Bell
claim that low disc loading of the threeblade,
38ft diameter rotors would allow
effective autorotational landings in the event
of total power failure. The normal conversion
cycle would take 25sec.
The design proposed to the USAF would
carry a two-man crew and ten passengers,
or eight stretchers and an attendant or 15
troops. Gross weight would be 17,000lb,
maximum speed 523 m.p.h., and maximum
hover height 6,000ft in an ambient temperature
of 95°F. At overload gross weight, the
aircraft could make a conventional take-off
with rotors folded, and would then be
capable of a ferry range of over 2,500 miles.
Bell claim that the new design minimizes
vibration and rotor stress problems, offers
far higher speeds than presently available
for pure helicopters and makes particular
use of "advances in engine technology."
Supersonic speeds would be possible with
an appropriate airframe. Bell state that they
have conducted tests with other stoppable
rotor designs; and they are also at an
advanced stage in construction of the
tilting rotor XV-3.
Click to expand...

Ah. There was a T-37 trailing rotor testbed project -

Thanks. Precisely I had copied the text from the next page myself and found no mention of "T-37"... hence my initial question! The T-37 based project, although certainly related, is definitely not the same design. Besides, have you noticed that the T-37 pic is in negative? The "normal" image is much, much better...

I believe the pic posted by Overscan is the positive image. Look at the intake and exhaust in the two pictures.

I'd like to say that I noticed the intake first, but actually, I noticed the stand. That is an old Aurora kit of the T-37 which has been modified. Most - but not all - of the Aurora stands were clear and the line details tended to look white unless they were back-lit or were picked out with paint. The aircraft looks to have been painted silver.
S

Oops. My bad. I guess there is no arguing this, the intake (and in fact the shadow of the stand) definitely shows that you are right. Still, the now-negative image gives a lot more detail and depth to the aircraft, so both are interesting.

A compromise? Not negative but significantly darkened.

Yes, thanks. A great-looking aircraft, anyway. I guess a conversion from a T-37 model would be possible... if one can get hold of such huge rotor blades, that is! Mind you, they look incredible straight and flat, so it should be doable...

The darker version does look better.

Stargazer, getting rotor blades may not be all that difficult. Look back to some of the old helicopter kits from the 50s and 60s (back when models were considered toys) and you should be able to find some oversized flat blades that could be trimmed to the desired length and shape. Your range of available rotors will increase if you decide to do it in 1/72 scale using either the Hasegawa or Academy A-37 as your base kit. My suggestion would be to use the Academy kit as you'll not have to cut and sand off those bumps and lumps that are on the A-37. As I see it, scratchbuilding the rotor hub housings will be the real trick.
S

Just realized the T-37 with trailrotors (NOT tiltrotors) was already discussed in another thread... It is the D-182C of 1956.

From the same source.

International Council of the aeronautical sciences 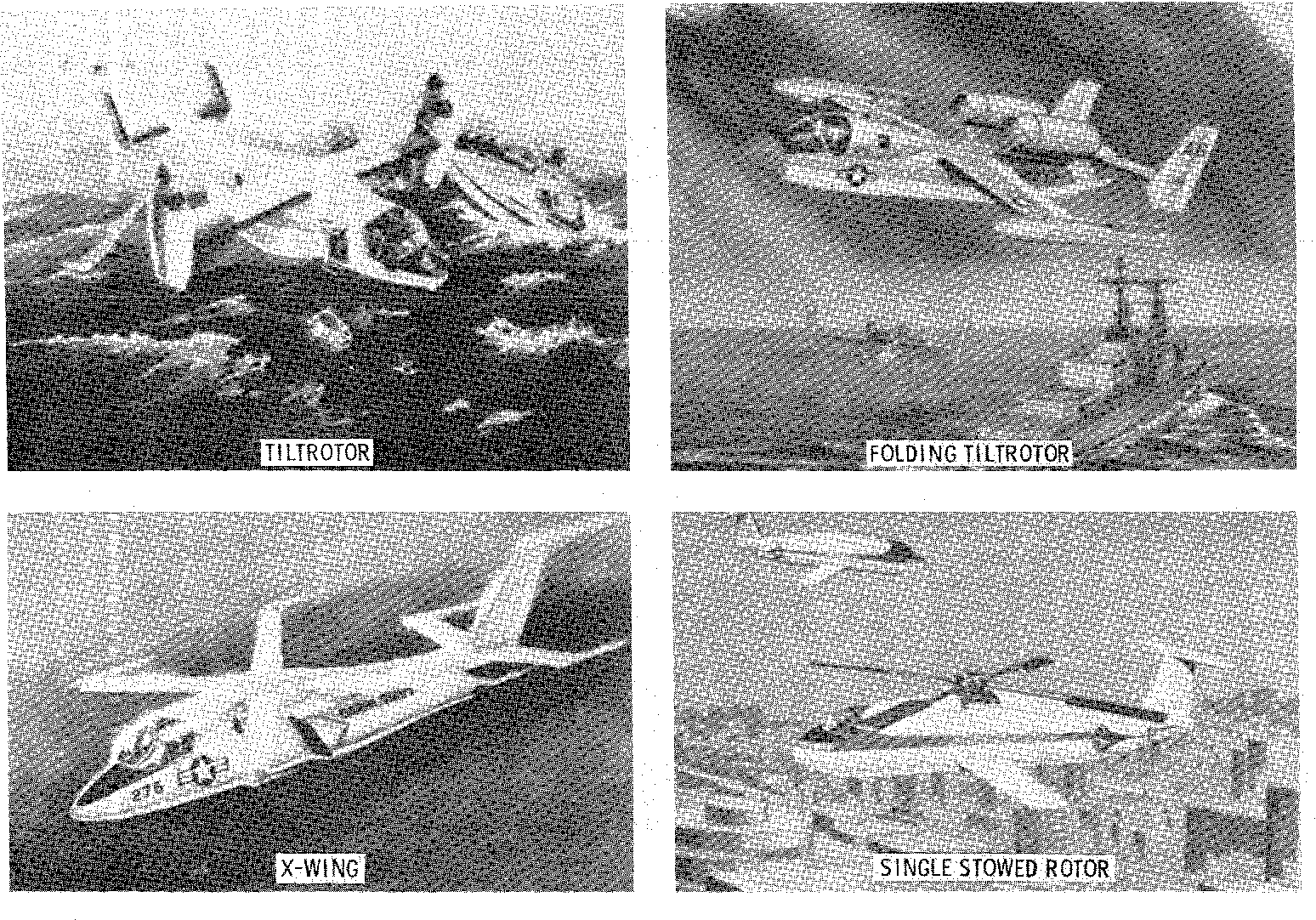