In forthcoming, second volume of Bartini and His Projects monography by Konstantin Udalov and me, covering projects after 1946 until early 50's will be include series of jet flying boats. Only raw sketches was done, but all show consequent concept of this boats. We counted six variants sketched, and reconstructed them all. Some of them was in more advanced form, some in very basic so we consulted with SIBNiA specialists technical aspects of this reconstructions. Image show them all as table model

On our knowledge - those sketches were never published before in any form, so it is world debut of those projects 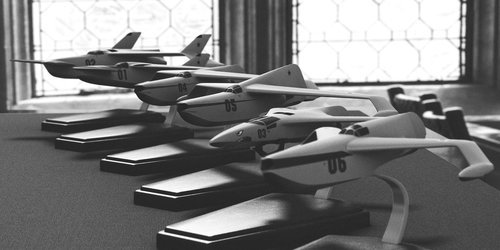