1964, BA P.45 project. Supersonic Trainer, Strike and Fighter variants were contemplated, and with either 2 x RB.172 (early "Adour") engines or 1x RB.168 Spey already in production, plus various ex-TSR.2 avionic items, it was overall quite possible. With hindsight, however, ex BAe Warton employees believe that VG would have produced unacceptable weight/volume penalties in an aircraft of this size. It was canned in favour of collaboration with France on their ECAT program, which became the Jaguar.

The P.61 was a later development of the design.

AA-107 was a derived trainer/light strike aircraft proposed to Australia for co-production.

In Roy Braybrooks "Hawk" book, there are two pictures of the CAC AA-107 supersonic
swing wing trainer.
Could post them tomorrow, if I find out, why my scanner is out of action ... ???
K

It looks like you could get some models out of this. The CAC AA-107 looks like an Alpha Jet, and you could probably go a long way toward a CA-23 by turning a BAC Lightning fuselage on its side. I have a Starfix Alpha Jet around somewhere that's not good for anything else.

Does anyone have any dimensions or weights for the AA-107?

The BAC project for a light two-seat strike trainer (with which the Australian Commonwealth Aircraft Corporation has been associated) may satisfy a market for up to 1,000 aircraft. Designated AA-107, it will have a variable-geometry wing and weigh between 12,000lb and 15,000lb. It is hoped to market the aircraft for around £500,000.
Click to expand...

In Bill Gunstons “Attack Aircraft of the West”, an aircraft called the BAC P.45 is mentioned several times in the Jaguar, and AVFG chapters. It was a VG project, with two Rb.172 (which evolved into the Adour), or single Spey . From what I could understand it was a jaguar type aircraft, in purpose, capability, and size. Does anyone have more information on this project?
T

the BAC/CAC AA-107 was called at first AC-105 and powered
by one Rolls-Royce/Turbomeca Adour turbofan engine.

I was searching for something else and stumbled on this post.

rickshaw said:
Obviously one got real value for money in those days...
Click to expand...

500,000 quid in 1969 is equal to 6.4 million today or 10.5 million USD. Which is not far from the cost of a small, lightweight, twin seat fighter trainer without any mission systems today. How can someone miss inflation?

Well, I think given that its VG and supersonic, the price was probably optimistic.
I

Does somebody have information about dimensions and performance of AA-107 I can not read from pictures, Thank you in advance

I spoke before about the BAC/CAC AC-105,an early version of CAC
AA.107,which powered by one Rolls Royce/Turbomeca Adour Turbofan
engine,does anyone know it or has a drawing to it ?.
I

Does anyone have any dimensions or weights for the AA-107,

ivran said:
Does anyone have any dimensions or weights for the AA-107,
Click to expand...

no clear numbers, on page 2

Some further informations about the AA-107: 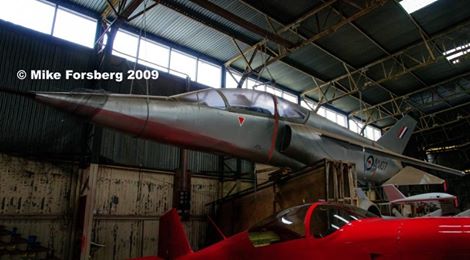 Swinging but not winning – the AA-107 jet trainer

Australia’s best looking aircraft was a failed collaboration with Britain. Its story tells us of the challenges of training fast jet pilots on the late 1960s. The pace of aviation development durin…

Interesting - didn't know there was a surviving mockup.

There's no mention of a P.62 in Tony Butler's British Secret Projects Vol 2, although on pgs 175-177. P.60 was an Adour powered study on fixed wing and VG variants, and P.61 was RB.199 powered. The P.62 that you posted appears to have been a low mounted, fixed wing version of the Adour powered P.60? High wing loading by the look of it. Did the book have any more details?

hesham said:
By the way,

the BAC/CAC AA-107 was called at first AC-105 and powered
by one Rolls-Royce/Turbomeca Adour turbofan engine.
Click to expand... 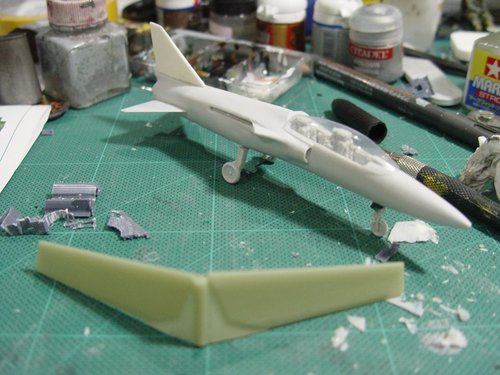 What scale Les?
U

What is the delta model ?
U