Hello, I am air-enthusiast from Russia. Sorry for my bad English!

Probably B-52 is the best strategic aircraft of the XX century. I especially interested in B-52 early variants and I have questions about the oldest "Buff"`s avionics.

All the books I had read (Boyne, Davis & Tornborough, Aerofax series) don`t consist any information about early search and navigation radars of B-52.

In which B-52 variants had been installed the following search and targeting radars???

Development of the original Sperry-Rand K-system began during World War 2 and this equipment is standard on B-36s and B-47s. The final form is the K-3A (USAF designation MA-6A) which is in production for about half the B-52s, in association with the A-14 flight-control system. The latter incorporates "parameter control" claimed to apply to each control surface "the exact force to execute any manoeuvre required". The remainder of the B-52s, and possibly all the advanced versions, carry the MA-2 BRANE system, by IBM. This began as a study by the Perkin-Elmer Corp. in 1951, when the K-system was insufficiently reliable. BRANE weighs 1 457 lb, has over 300 thermionic valves and costs more than $300 000. It involves a large bombing radar (SN-47/APS-23) by Raytheon, operating on both pulse and CW techniques and housedunder the pilots` floor, where it is pressurized by a Lear-Romec unit and faired by a large Zenith radome. Basically MA-2 system units) are tied by computer of analogue type but also reauired to count pulses
Click to expand...

AN/APN-170 terrain following radar by General Dynamics for A-4C B-52 (was it installed on E/F/G variants under the Jolly Well programme?)


In which B-52 variants had been installed the following navigation system???

Here's what I found out on the subject: 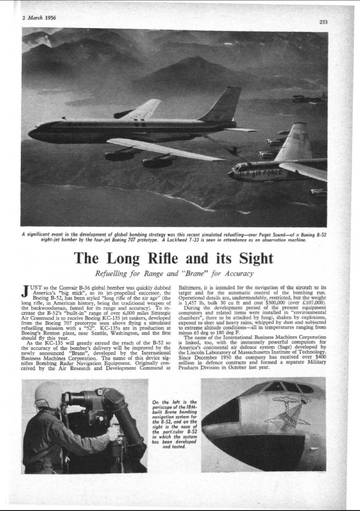 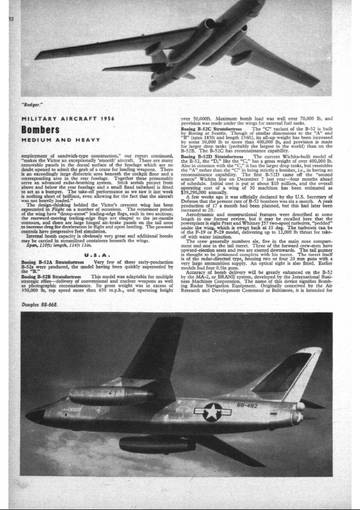 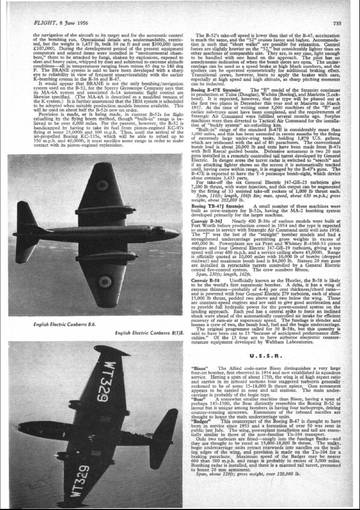 In the middle of 1960s ASB-4 system was modified for low-altitude penetration under the Jolly Well programme and became the ASB-4A; ASQ-38 became the ASQ-38(V)

(http://en.wikipedia.org/wiki/Boeing_B-52_Stratofortress
Ongoing problems with avionics systems were addressed in the Jolly Well program, completed in 1964, which improved components of the AN/ASQ-38 bombing navigational computer and the terrain computer. The MADREC (Malfunction Detection and Recording) upgrade fitted to most aircraft by 1965 could detect failures in avionics and weapons computer systems, and was essential in monitoring the Hound Dog missiles.
http://www.bombnav.org/INFO/B-52/asq-38/b526.htm
The modification invloved complete re-make of the Terrain Avoidance Computer, affected controls and displays, and new automated depot test equipment. The remake consisted of changing design from a calculation of height over terrain, to calculation of angle-of-sight, given a constant input of known height over terrain. All affected vacuum tube circuit assemblies were gutted and replaced with solid state devices.
This was the last major modification to the Q-38 system on B-52 E through H Models, and the duplicated portions for terrain avoidance on B-52 C and D Models that were still flying the mechanical analog Sperry K-System from the late 1940's.)

B-52G - ASQ-38 Weapons System, ASB-9 bombing navigation system which was the same that ASB-4 but without optical bombsight; IMHO this modification was equipped wit APS-64 Improved High speed bombing radar?
By the middle of 1960s ASB-9 system was modified for low-altitude penetration under the Jolly Well programme and became the ASB-9A; ASQ-38 became the ASQ-38(V) 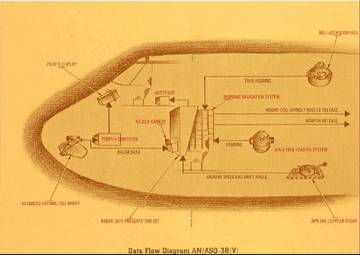 Funny, I caught part of the 1957 movie 'Bombers B-52' yesterday on TV,
-which had as part of the plot the sorting-out of problematic avionics, good production value in-flight footage.

Maybe it is available on youtube?, well, anyhow 'Dr Strangelove' also has some cool B-52 scenes too..

Describe your plan to address anti-tamper/program protection and cybersecurity associated with integrating the radar with the controls, displays, and concurrent modification environment?

Describe your approach to integrate a radar system and obtain necessary data (not available through USG) for that integration.

Describe your approach to integrate the radar with existing military standard interfaces (e.g., 1553 data bus) on the B-52.

What Systems Integration Lab (SIL) capabilities and associated analysis experience do you have to accommodate B-52 Radar integration evaluations?

Describe your capabilities with collateral systems to nuclear harden the radar system and related integrated systems.

Describe your capabilities to integrate a radar system with controls and displays on the B-52.

What experience do you have with Human Systems Integration and systems architectures associated with the multiple aircrew work station environment like the B-52?

Describe how you would apply an Open Systems Architecture (OSA) and/or Open Mission Systems (OMS) approach for integrating the radar with the B-52 aircraft subsystems (if applicable).

Some candidate radar solutions may require modification to the existing B-52 radar radome. Describe your capabilities to perform this modification to include associated integration/testing activities.
Click to expand...

Provide any applicable updates on current efforts to implement improvements to transmit/receive (T/R) module technologies with applicable radar systems to include technology and manufacturing readiness levels for these systems and potential use for B-52 RMP.

How much bandwidth is required to support full functionality of your radar candidate for the B-52, and whether this will be beyond the existing B-52 1553 data bus capabilities?

Describe your approaches to liquid cooling of an AESA array for the B-52.

Describe the ideal set of controls and displays for your radar, including display processors, and indicate whether it will be part of your proposed radar system or be procured separately by the system integrator.

Describe your plan to address anti-tamper/program protection and cyber security for your proposed radar system.

Describe how you would apply an Open Systems Architecture (OSA) and/or Mission Systems (OMS) approach for integrating the radar with aircraft subsystems (if applicable).
Click to expand... 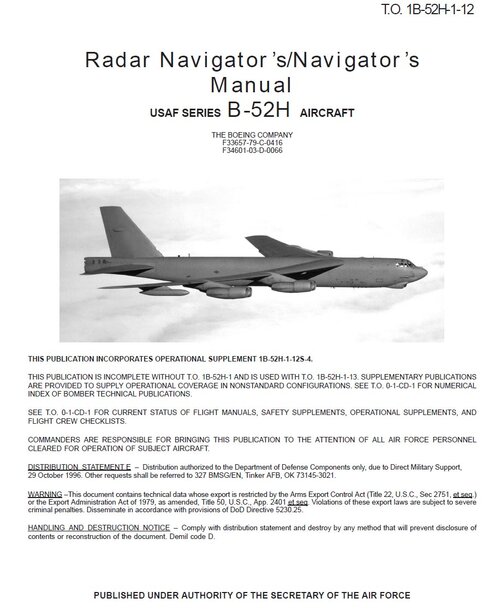