Scratchbuilt 1/72 scale Avro 730. This depicts the earlier 4 engine version that was submitted by Avro against Operational Requirement 330. The fuselage was built using a length of 1 inch conduit as a core, fitted with cross sections taken from drawings obtained directly from the Avro Heritage Foundation. The resulting framework was then filled in with a mixture of scrap plastic and sprue offcuts, then covered with milliput and sanded to the final shape.

Wings, canard and fin were created from laminated blocks of evergreen plastic, sanded to the correct aerofoil cross sections. The nacelles are a mix of 1 inch conduit once again, and dremeled laminated plasticard blanks for the 3 dimensionally curved forward portion around the intakes.

The model was finished of with many careful sanding sessions to refine the quality of the surface finish, then sprayed with Halfords White Primer, which then received further sanding with increasingly fine grades of sandpaper to create a mirror like finish for applying the decals. The decals are Freightdog Anti-Flash for the roundels and serials, Airdecal Valiant decals for the 543 sqdn badge and Airfix Vulcan decals for the various stencils. The display stand is from an Airfix TSR-2 kit.

The full build may be viewed at http://www.whatifmodelers.com/index.php/topic,32962.0.html

Beautiful work. That is a stunning model.
O

SAustin16 said:
Beautiful work. That is a stunning model.
Click to expand...

Impressive build, especially when one looks at how it came into being.

One question though: as a low-viz markings hater, I just wondered whether any kind of low viz scheme actually existed at the time the 730 could have been used operationally. My impression is that there wasn't any, but I could be wrong.

Those are not low vis but antiflash markings and used from the late 50's to mid to late 60's. As the Avro 730 was intended to fly high and fast it wouldn't have adopted the tactical scheme the V-Force fleet started to switch to in the mid 60's.
Nice model Duncan, will look impressive on the stand

Duncan places the operational 730 in 1964. In the real world 1964, TSR.2 was flying around in 'low viz scheme' (antiflash markings, as Thorvic notes), as were Vulcans, Victors and Valiants. Duncan: nice! 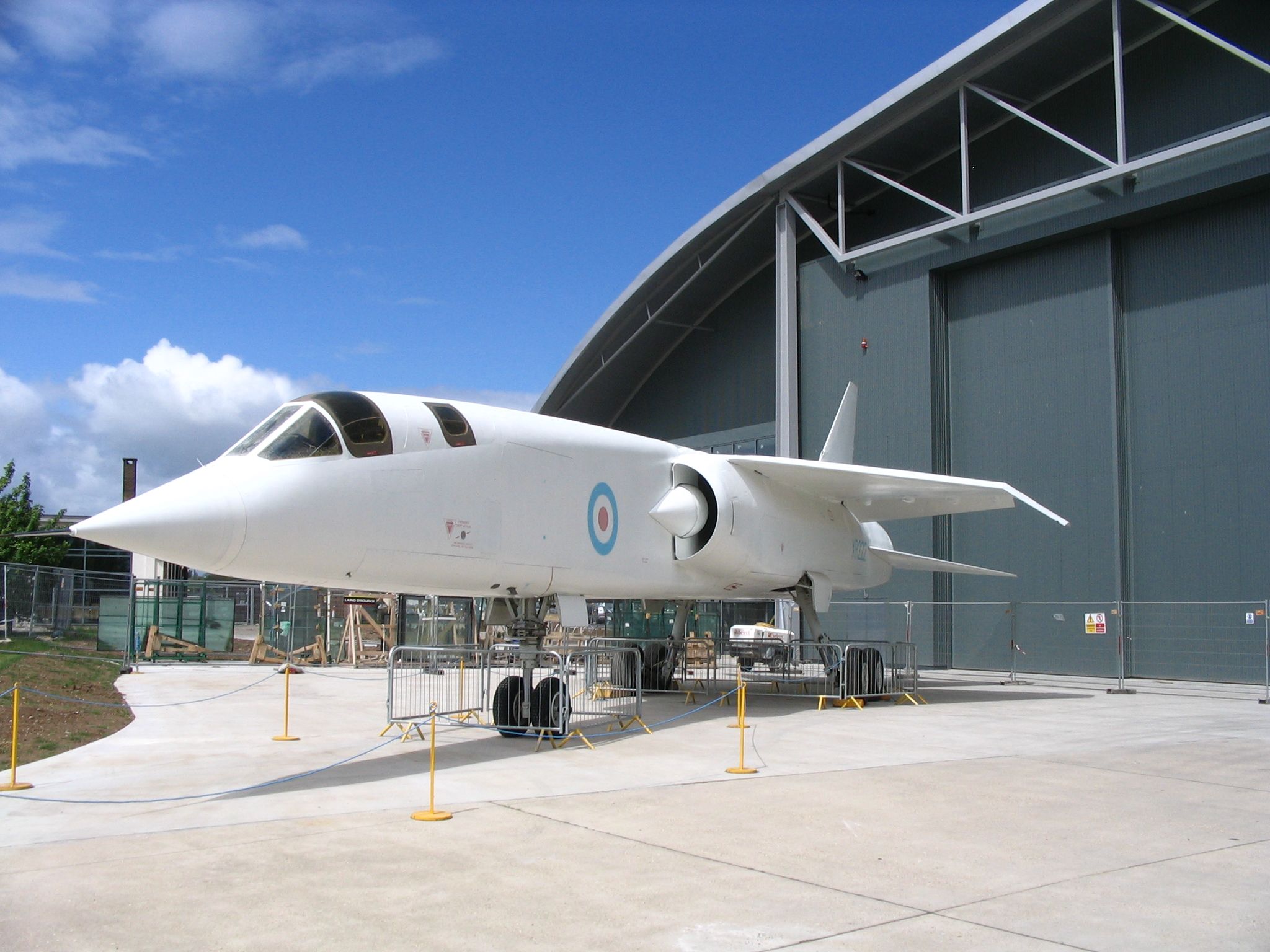 Lovely workmanship and a very interesting subject for it.

But for a lack of wingspan, I've often thought the 730 would be interesting as an R/C subject. Hmmmm.....
S

Arjen said:
Duncan places the operational 730 in 1964. In the real world 1964, TSR.2 was flying around in 'low viz scheme' (antiflash markings, as Thorvic notes), as were Vulcans, Victors and Valiants. Duncan: nice!

If you have a large version of that photo I'd love to have a copy
Click to expand...

I didn't upload anything, just linked to a picture from wikimedia: http://upload.wikimedia.org/wikipedia/commons/f/f5/BAC_TSR-2_at_Duxford.jpg
Back in 1992 I visited Duxford and was astonished to see a TSR-2 sitting pretty on the tarmac. Hard to forget, so when Stéphane nudged me into contemplating antiflash markings, the TSR-2 leapt to mind. I think Duncan's choice for the 730's colour scheme is appropriate - and it looks good.
A

B) That is outstanding - a true labour of love. B)

How many people need to want one before Airfix will consider doing it?
O

pathology_doc said:
B) That is outstanding - a true labour of love. B)
Click to expand...

yes it has rather been a labour of love, I was first introduced to the Avro 730 in the late eighties, when I was given a book on prototypes for Christmas. Since then it has been one of my favourite unbuilt "might have beens".

This model was displayed at Scale Model World in Telford England over the last weekend, where it received much enthusiastic attention. Particularly gratifying was the reaction of visiting members of the Avro Heritage Foundation, they were simply over the moon when they saw the model on the "Project Cancelled" stand, and even happier when I offered to donate the model to the Foundation, just as soon as the future home for the Foundation has been assured.


pathology_doc said:
How many people need to want one before Airfix will consider doing it?
Click to expand...

A number of people made approaches to me over the weekend at SMW, asking if I would consider doing a resin kit of the 730, however I don't think that is a practical idea, the cost of a 1/72 resin kit of this size would be prohibitive.

As for an injection moulded model manufacturer doing a kit of it, I seriously doubt we shall ever see that, there just wouldn't be the market base for it, the TSR-2 was a one off, mainly because the type at least flew a few times...but I suppose we can dream...

Because I have small children and must suffer through Disney's Cars (in which the planes are likewise somewhat anthropomorphised), the very idea of the TSR.2 and the F-111 standing next to each other creates images in my head of the TSR.2 being perpetually rather... annoyed at its stablemate. Every scene would start with the TSR.2 saying "If it weren't for you and your low price tag..."