India has shot down a live satellite in space, says PM Narendra Modi

India has shot down a live satellite in low-Earth orbit as part of a successful test of new missile technology, prime minister Narendra Modi has announced.

The operation, dubbed Mission Shakti, makes India part of a ”super league” of nations to have achieved such a feat, Mr Modi said, alongside the US, Russia and China.
Click to expand...

Hopefully they didn't make a mess of LEO like China did with theirs.
F

Lot more info on the ASAT test in this article. Including addressing the debris question.

India has shot down a low earth orbit satellite with an anti-satellite missile or A-SAT, Prime Minster Narendra Modi announced today in a televised address to the nation. "India can now defend itself in space, and not just on land, water, and air, after the success of Mission Shakti," PM Modi said.

India is the fourth country to have tested such an anti-satellite weapon after the US, Russia and China, he said.

Here is the list of FAQs put out by foreign mission on Mission Shakti:

I. What was the test?

1. On March 27, 2019 India conducted Mission Shakti, an anti-satellite missile test, from the Dr. A P J Abdul Kalam Island launch complex.This was a technological mission carried out by DRDO. The satellite used in the mission was one of India's existing satellites operating in lower orbit. The test was fully successful and achieved all parameters as per plans. The test required an extremely high degree of precision and technical capability.

2. The significance of the test is that India has tested and successfully demonstrated its capability to interdict and intercept a satellite in outer space based on complete indigenous technology.

3. With this test, India joins an exclusive group of space faring nations consisting of USA, Russia and China.

II. Which satellite was used?

The satellite used was an Indian satellite.

III. Which Missile/Interceptor was used?

The DRDO's Ballistic Missile Defence interceptor was used, which is part of the ongoing ballistic missile defence programme.

IV. There are other ways to demonstrate ASAT capabilities such as "fly-by tests" and Jamming. Why has India used the particular technology of Kinetic Kill?

This is a technology where we have developed capability. Space technologies are constantly evolving. We have used the technology that is appropriate to achieve the objectives set out in this mission.

The test was done in the lower atmosphere to ensure that there is no space debris. Whatever debris that is generated will decay and fall back onto the earth within weeks.

VI. Why did we do the test?

1. India has a long standing and rapidly growing space programme. It has expanded rapidly in the last five years. The Mangalyaan Mission to Mars was successfully launched. Thereafter, the government has sanctioned the Gaganyaan Mission which will take Indians to outer space.

3. The test was done to verify that India has the capability to safeguard our space assets. It is the Government of India's responsibility to defend the country's interests in outer space.

VII. Why was the test done now?

The tests were done after we had acquired the required degree ofconfidence to ensure its success, and reflects the intention of the government to enhance India's national security. India has seen an accelerated space development programme since 2014.

VIII. Is India entering into an arms race in outer space?

1. India has no intention of entering into an arms race in outer space. We have always maintained that space must be used only for peaceful purposes. We are against the weaponization of Outer Space and support international efforts to reinforce the safety and security of space based assets.

2. India believes that Outer space is the common heritage of humankind and it is the responsibility of all space-faring nations to preserve and promote the benefits flowing from advances made in space technology and its applications for all.

3. India is a party to all the major international treaties relating to Outer Space. India already implements a number of Transparency and Confidence Building Measures(TCBMs) - including registering space objects with the UN register, prelaunch notifications, measures in harmony with the UN Space Mitigation Guidelines, participation in Inter Agency Space Debris Coordination (IADC) activities with regard to space debris management, undertaking SOPA (Space Object Proximity Awareness and COLA (Collision Avoidance) Analysis and numerous international cooperation activities, including hosting the UN affiliated Centre for Space and Science Technology Education in Asia and Pacific. India has been participating in all sessions of the UN Committee on the Peaceful Uses of Outer Space.

5. India supports the substantive consideration of the issue of Prevention of an Arms Race in Outer Space (PAROS) in the Conference on Disarmament where it has been on the agenda since 1982.

IX. What is the international law on weapons in outer space?

1. The principal international Treaty on space is the 1967 Outer Space Treaty. India is a signatory to this treaty, and ratified it in 1982. The Outer Space Treaty prohibits only weapons of mass destruction in outer space, not ordinary weapons.

3. India is not in violation of any international law or Treaty to which it is a Party or any national obligation.

X. Is the test directed against any country?

2. At the same time, the government is committed to ensuring the country's national security interests and is alert to threats from emerging technologies. The capability achieved through the Anti-Satellite missile test provides credible deterrence against threats to our growing space-based assets from long range missiles, and proliferation in the types and numbers of missiles."
Click to expand...

“I wonder if any commercial space companies are willing to take a stand on this and boycott the PSLV to send a message to India? Corporate social responsibility anyone?” Weeden, Secure World Foundation technical advisor, tweeted March 27.
Click to expand...

That's just silly. If they did indeed bullseye a womprat like they claimed, and I've no reason to suspect they didn't, then that indicates that Indian capabilities in space launch are *improving.* This should be a selling point.
F

• Missile hit with precision at the centre of the satellite with very few centimetres difference
• The missle was tested in 'Hit-to-kill' mode
• A new variant of home-grown BMD interceptor missile used
• The interceptor was a three-stage missile with two solid propellant boosters
• The first two stages were separated at 45 km and 110 km respectively
• The ‘kill vehicle’ , the third stage of the missile, travelled another 200 km roughly before hitting target
• There were no war heads and the satellite was destroyed within 3 minutes after the launch
• The missile is said to have travelled around 300 km before delivering the ‘kinetic kill.’
• Microsat-R was the satellite that was hit by the missile
• Microsat-R was successfully placed in a 274 km circular orbit on 24 January 2019 using PSLV-C44
• The missile hit Microsat-R within three minutes after lifting off at 11:10 am (IST)
• DRDO had to fine tune many algorithms before the test
• DRDO has bigger missions lined up in future
• Test in LEO ensured less space debris, which will decay and fall back on to earth.
• DRDO also has plans to put low-cost micro-satellites with payloads ranging from 40-60 kg for gathering intelligence using its own missiles
F

The Indian ASAT test has seemingly produced a fair amount of debris.

#JFSCC, via #18SPCS, is actively tracking more than 250 pieces of debris associated with Indian ASAT launch that occurred at 0539 UTC Mar 27, and issuing conjunction notifications to satellite operators as needed to support
spaceflight safety.
Click to expand...

So, how many more tests planned, i'm curious.

Indian claims of no threat from ASAT test debris is "nonsense."

One industry representative says that a number of satellite companies are likely to be “watching their conjunction notices closely” over the next several weeks. Conjunction notices are the first-level warnings provided by the 18th Space Control Squadron to operators when the system for space object monitoring shows a possibility of two objects getting too close together, and thus potentially colliding. More urgent collision warnings are provided when there is a greater probability of two objects smashing into each other.

As an example of satellites in the affected orbits, Iridium has 75 Iridium NEXT satellites operating at about 777km. Imagery start-up Planet has 120+ Dove microsatellites at approximately 400km. Planet was one of the few space firms to condemn the Indian ASAT test as irresponsible. While industry officials privately say many companies are unhappy, obviously some worry that publicly complaining might hurt their business prospects with the Indian government. India is a a key player in the small satellite launch market.
Click to expand... 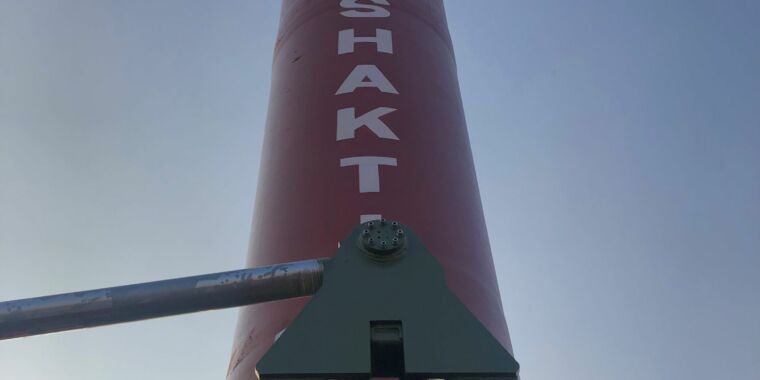