Interesting is that ARCA was accused in 2012 by Romanian media for all kind of wrongdoing.
That include embezzlement fraud also connected wrongly ARCA in failure of cubesat Goliat by ROSA.
ROSA is Romanian State Space Agency while ARCA is privately funded and had nothing to do with Goliat program.

More Interesting is Anova Technologies.
That Communication firm specialized in WIFI technology like Laser or millimeter wave length transmission.
What interest has Anova in ARCA and Dumitru Popescu ?

Oh by the way
next episode Part 3 of Meet the Romanian Team
https://www.youtube.com/watch?v=57VJZjrGmcQ

Newest update in the case:

Former manager form US part of ARCA and Popescu Ex-wife have try to take over ARCA (with help of Anova Technologies.)
By putting Dumitru Popescu under Arrest

Maybe this is fair of me, maybe it ain't: but that guy seems to have an incredibly punchable face. He's got that "worried puppydog" look that seems to come with your average scumbag accused of white collar crimes or general chicanery.

Appropriately for a rocket that hails from Transylvania, it seems to have come back from the dead.

Give me a half year in my garage and i make a beautiful spaceship for you
But do not look in the inside.
The outside is made of composit.
The inside is hollow
I miss electronics and a lot of other stuff

Episode 21 in Saga of building a Prototype.
with good news

I have to say they are tenacious

Eventually you really need to show you can build hardware that does what you say even in small scale. Otherwise, it becomes harder and harder to dismiss suspicions of fraud. Especially if you start proposing things that are technically uncertain.

My impression is similar to Scott Manley's.

Why not make the bell exhaust so that it can absorb microwaves or lasers from the outsite.
Save you a lot of accu weight and your isp with enough power will be far greater.

2021 HAAS 2AC - Two stage Operational Small Satellite Launcher 200 kg payload
2026 HAAS Heavy Two stage Rocket with Payload 27 metric tons.
2029 Go further that ever before (what ever they mean with that)

Flight of the Aerospike: Episode 31 - LAS 25 Test Firing. Next Steps. 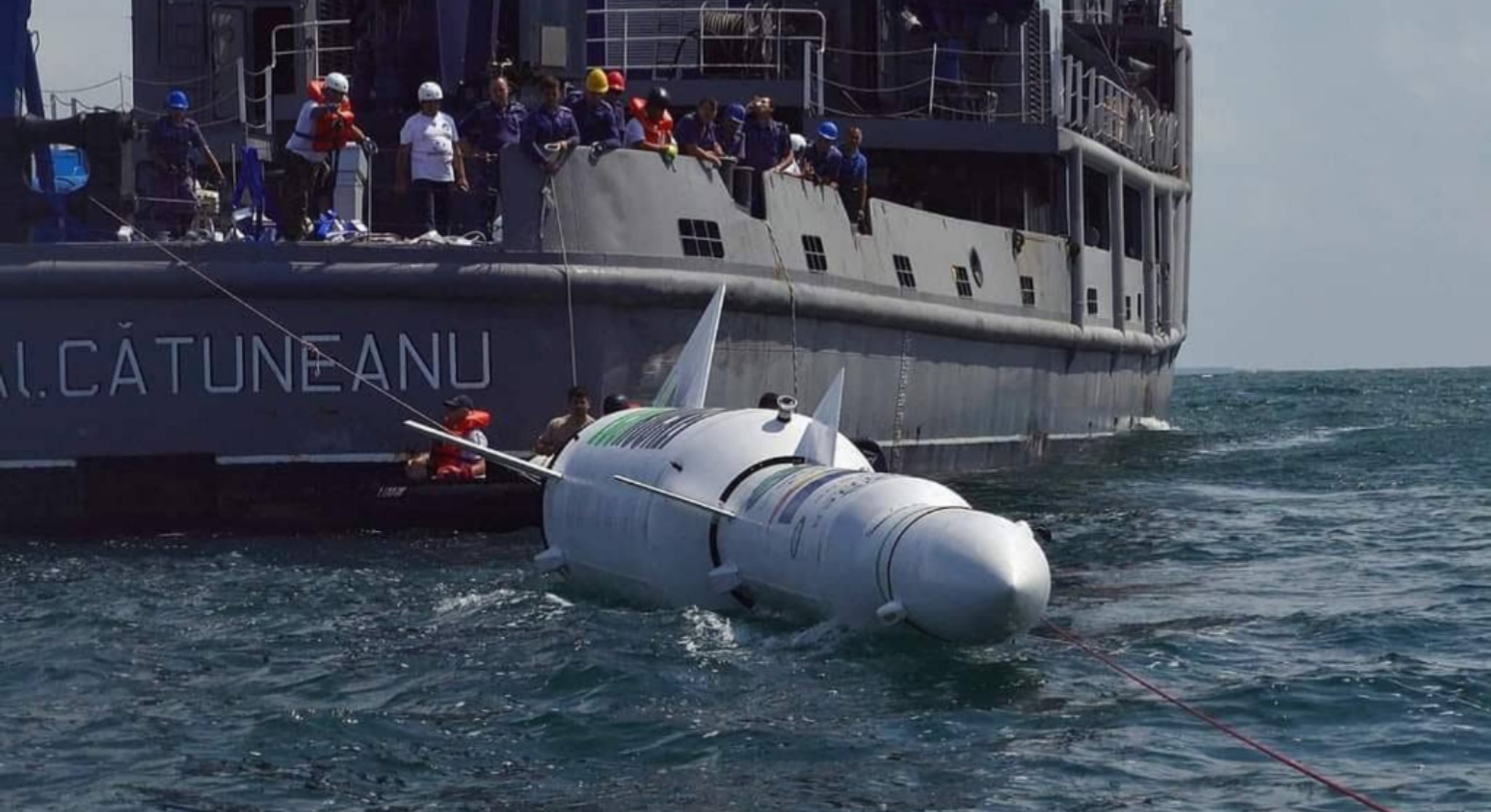 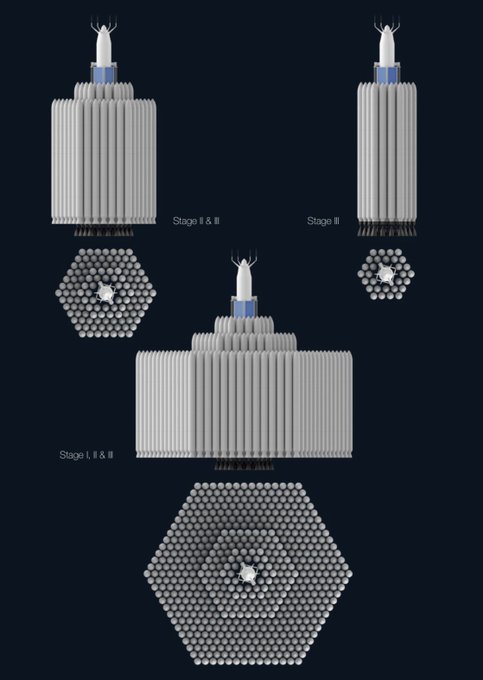 What could possibly go wrong?

martinbayer said:
What could possibly go wrong?
Click to expand...

What could go right?

And they even have a video:
View: https://www.youtube.com/watch?v=z4edxgmumxo&ab_channel=ARCASPACE
M

Palladium! There's Palladium in them thar asteroids!
A

NASAspaceflight is going crazy laughing at the stupid scam (myself included). This is Saul Goodman scam into space, really (scam in a can ? LMAO).

The sure have come quite a ways from their original SSTO notion...

martinbayer said:
The sure have come quite a ways from their original SSTO notion...
Click to expand...

Someone's been drinking an awful lot of Red Bull.
A

My guess would be Kool-aid.

As for eco-rocket... that abuse of the word "ecology" is maddening, but let's correct it. As a frenchman I would suggest it should be named ESCROC-rocket instead. Because "escroc", you see, is french slang for "con man". In passing, it also work in reverse with the word "con" in french - it could be aptly applied to ARCA. Athough "con" while still an insult in french, has an entire differently meaning - two, actually: the original one and the present day, familiar one. None of the two is exactly flattering.

The original OTRAG would have allowed wide payloads. Dishes, maybe lenticular designs? No faith in these guys though.
B

publiusr said:
The original OTRAG would have allowed wide payloads. Dishes, maybe lenticular designs? No faith in these guys though.
Click to expand...

OTRAG was no different, just as crazy and non viable.
A

At least the basic OTRAG element was sane technology that could eventually work (storable press-fed steel tube). They even fired some of them.
Lutz Kayzer, that unrepenting nazi, was scamming such colossal SOBs as Mobutu and Ugly Ghaddaffi.
The OTRAG bunddles were certainly hopeless (an aerodynamic kludge) - but ARCA scheme of steam water rocket is outright ridiculous and a shameful scam.

martinbayer said:
What could possibly go wrong?
Click to expand...

What could go right?

And they even have a video:
View: https://www.youtube.com/watch?v=z4edxgmumxo&ab_channel=ARCASPACE
Click to expand...

I hope I don't end up on a watchlist after playing that video.

I think Scott Manley focusses to much on the wrong aspects, water rockets are indeed cheap to manufacture and can be very safe. Steam boilers heated by fire will have an uneven temperature distribution, suffer from corrosion and have a much more complicated structure, they are not comparable. A steam rocket could be made as a single peace aluminum bottle, which would be extremely cheap and safe. For mechanical reasons, a ball shape or several ball shaped fessels in a line would be better than a cylindrical shape and could safe a lot of weight.

Heating could be done in many ways, with electrical heating being the simplest solution. The whole heating system can be attached to the ground, to keep the Rockets as lightweight and simple as possible.

Air resistance is important for rockets, and a rocket shaped like a flying carpet isn’t very efficient in this regard. I don’t think it makes sense to use so many small rockets instead of fewer bigger ones. With using only few large booster rockets, it might be possible to built an isolating fairing around them which is attached to the ground, not the rocket. The top of the fairing should be open, so that the rocket could leave the fairing during the start.

There was a group of students in Berlin (http://www.aquarius-aerospace.de/) which developed water rockets, one of them wrote an extremely good Diplomarbeit (equivalent for Master thesis) about the potential of hot water rockets which I found somewhere in the internet. He became a professor by the way.

Unfortunately I forgot the theoretical maximum height of a two stage system, but I remember it was quite impressive.
P

Now the idea of rockets AS payloads interests me. Maybe OTRAG type tubes can serve as struts if a few can make like the LM-5 core and get to orbit. Developing an LV that lends itself to wet stage development seems easier than Starship.
M

publiusr said:
Now the idea of rockets AS payloads interests me. Maybe OTRAG type tubes can serve as struts if a few can make like the LM-5 core and get to orbit. Developing an LV that lends itself to wet stage development seems easier than Starship.
Click to expand...

Nothing new here really - in a two stage rocket for example the second stage plus its payload form by definition the payload of the first stage. Just some very basic rocket science .
B

publiusr said:
Now the idea of rockets AS payloads interests me.
Click to expand...

See Agena or Shuttle orbiter
B

publiusr said:
Developing an LV that lends itself to wet stage development seems easier than Starship.
Click to expand...

Guess you never heard of the Convair Atlas station.
B

I listed flown examples. I deal with possibilities and realities. Not ideas from the past that aren't going anywhere
A