The Antoinette 1911 Monobloc (also known as the Latham Type): 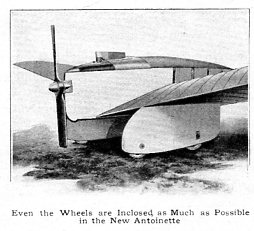 http://longstreet.typepad.com/thesciencebookstore/2013/06/recognizing-the-agony-of-the-absurd-aircraft-1912.html (The Antoinette was used as an example of a good concept.)
(h/t richard)

Of course the most notable feature of the Monobloc, is that it never left the ground, despite the best efforts of the pilot Hubert Latham!! Also the failure of this type also lead to the demise of the company, despite its earlier success. Probably the other notable thing about the Monobloc is that the type, according to a few sources, inspired the design of the US built Tunison Scout series, which are covered on other pages within this site.
Pics and GA drawing taken from http://www.airwar.ru/enc/other1/monobloc.html. 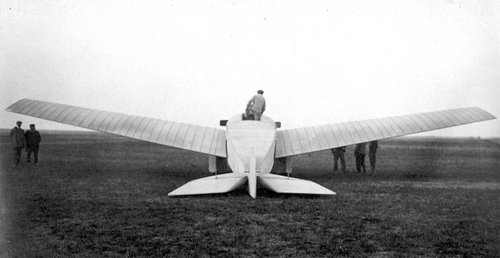