The AM.75 was an interesting twin-seat light monoplane with a distinctive egg-shaped fuselage. The tailplane had a single fin and rudder was carried on twin booms, either side of a pusher engine installation. The cabin doors hinged upwards and to the rear. The undercarriage was a single mainwheel under the fuselage pod, a small tailwheel behind it, and outrigger wheels on the wingtips.

The aircraft not only found favour with civil operators but also with the Aeronautica Militare who operated 10 examples until 1951.

The Baldo was available with two engine options:
- AM.65 with Walter Mikron piston engine
- AM.75 with Praga D engine

I believe the AM designator refers to Adriano Mantelli although I think he set up Alaparma with Livio Agostini, so it is conceivable that it refers to Agostini-Mantelli in later designs.

Does anyone know anything more about the pre-war AM.6 design mentioned in the Aeroplane Monthly clipping?

Hi Cy-27
This is what I got on the (post-war) Mantelli aircraft. From my scratch-book. Sorry, but nothing on the AM-6.
Comments/remarks welcomed!
Am still researching several aircraft built in Argentina and which differ in some major aspects.

Many thanks for the reply Walter, all I have found on the AM.6 is that it appears in the gliders section of Wikipedia - no data apart from the statement "In 1945 Mantelli designed the AM-6 twin boomed pusher aircraft derived from previous glider designs"


the Alaparma AM.6 was a single seat light twin boom aircraft derivatives from previous
glider designs with a single fin and rudder.
W

Most, if not all, Alaparma/Mantelli aircraft had a single fin. However, it seems that in Argentina some examples were built with twin fins.
LV-X7, I believe, may be a derivative of the AM-10 and the second photo reportedly is related to the AM-6 (?).
Anyone cares to tell the whole AM story?

From Wikipedia, the free encyclopedia:
In 1929 Mantelli competed in flying competitions with aircraft that were self designed and built. In 1931 he started designing gliders. In the summer of 1936, Adriano Mantelli was the leading Italian fighter pilot in the Spanish Civil War serving in the Regia Aeronautica. Mantelli shot down a Dewoitine piloted by British pilot Edward Hillman. Flying under the alias "Arrighi", he would later share the title for highest scoring Ace with Mario Bonzano at fifteen victories. In 1945 Mantelli designed the AM-6 twin boomed pusher aircraft derived from previous glider designs. Mantelli co-founded the company Alaparma with Livio Agostini to produce the AM-6, and later the AM-8 and AM-10 aircraft. In 1951 Mantelli designed and built two gliders, the AM-10 and AM-12 "Albatross", in Buenos Aires, Argentina. In 1954, Mantelli set an Italian record for altitude in a glider in a two seat CVV-6 Canguro glider. Mantelli received the FAI Louis Blériot Medal in 1962, and 1964.
Mantelli reached the rank of General. He died in 1995 while waiting for a train at the Florence station.

Found that in the depths of the web. 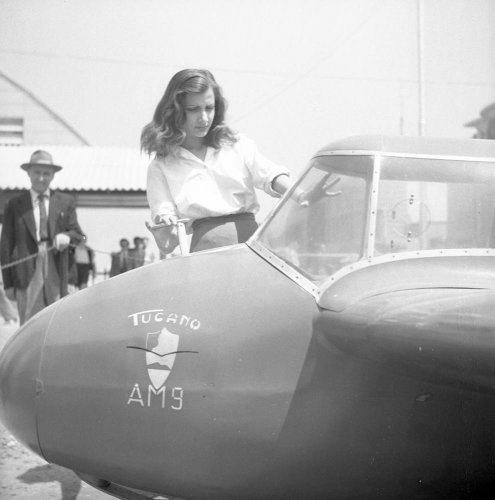 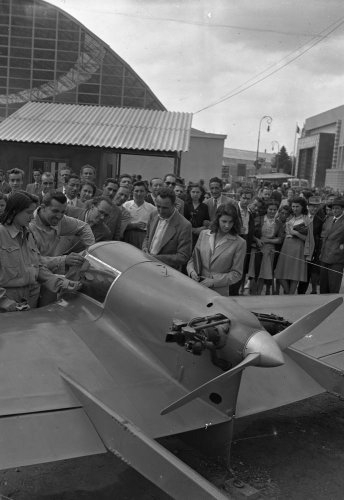