http://airshipsonline.com/airships/index.html - i have found this link where there are some projects and most of these are reffered to english airship

http://digital.library.unt.edu/ark:/67531/metadc277541/m/ - Schutte Lanz airship projects after the war you can download this report ( file is in public domain licence )

I have updated my first post with a report about a project of civil airship of Schutte Lanze after wwi !!!
P

Passenger accommodation on top of the airship.

Not sure about that open air shelter deck.... 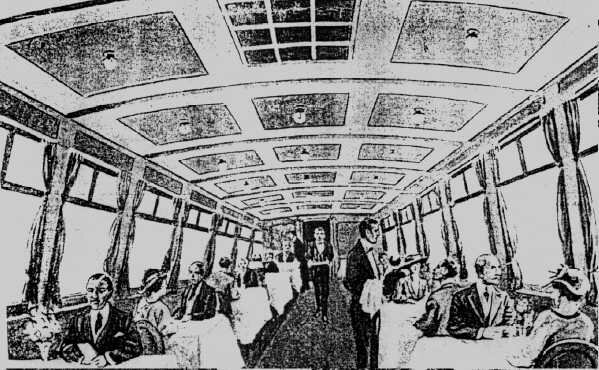 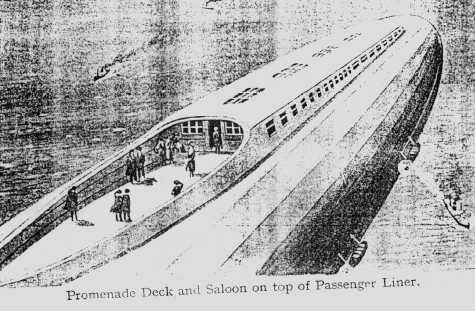 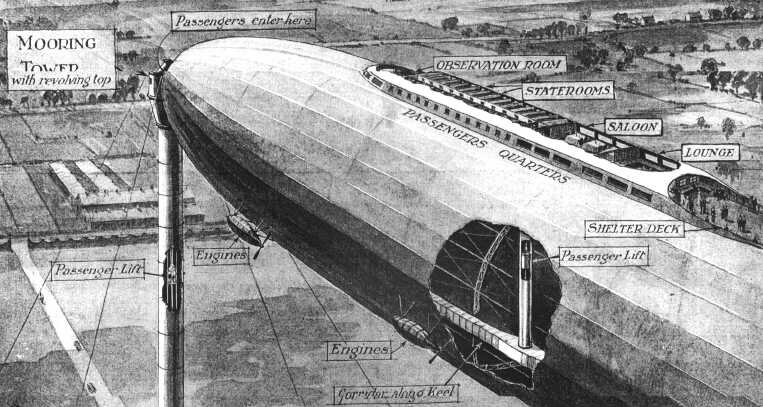 Another interesting thing about this project is the optimism of the lift - 3,500,000 cu ft and 100 passengers.

As per the Smithsonian National Air and Space Museum (NASM), accompanying the photo attached below:

Captain Thomas Slate financed his all-metal dirigible, the City of Glendale, from the money he made in the dry ice / refrigeration business. Construction of the dirigible started in the summer of 1926 and the work was completed in early 1929, The dirigible was made out of duralumin and was filled with hydrogen. It was forecast to have a cruising speed of 80 mph and would accommodate 40 passengers and five crew. The dirigible was to be powered by oil and driven by steam-turbine, using one rotary blower, which would create a vacuum, instead of traditional propellers. Though completed in 1929, the airship never flew, in part to the stock market crash that closed the company.
Click to expand...

A Wikipedia page on Metal-Clad Airships (link), cites to a February 17, 1929 issue of Flight ("The Slate All-Metal Airship") in providing a description for the aircraft:

Slate All-Metal Airship
The 1929 Slate All-Metal Airship, built in Glendale, California, had a hull constructed from corrugated aluminum panels, along with a revolutionary propulsions system consisting of a "blower" at the nose of the airship which would propel the vehicle forward by creating a partial vacuum ahead of the vessel. The centrifugal propulsion was later replaced by a conventional engine and propeller mounted on the tail end of the airship's gondola. The rolled seams intended to hold the panels together subsequently unrolled owing to gas pressure created by superheating during an attempted launch of the airship.
Click to expand...