I have very mixed emotions about this. Were the remarks not said in partial jest?

WASHINGTON — Maj. Gen. James Post raised eyebrows this month when he warned fellow airmen in Nevada that talking to Congress about the embattled A-10 Thunderbolt could qualify as treason.

“If anyone accuses me of saying this, I will deny it … anyone who is passing information to Congress about A-10 capabilities is committing treason,” Post told an audience of officers at Nellis Air Force Base according to the military blog John Q. Public.

The Air Force has brushed off the statement as hyperbole but confirmed Friday the inspector general has opened an investigation. The two-star general’s warning comes at a delicate time for the Warthog — the service is facing an internal backlash from airmen who want to keep the close-air-support aircraft and another uphill budget battle with Congress over the retirement. The blog said it corroborated the quote through senior officials and several other sources who spoke on the condition of anonymity.

Experts said the statement was meant to quash disagreement within the Air Force over phasing out the A-10 and push the plans by leadership. Whether Post’s method was inappropriate or trampled the rights of service members depends on your point of view.

“Just to the lay person who has never been in the military, it would seem to have a chilling effect” on protected speech among troops, said Larry Youngner, who served as an Air Force judge advocate for 20 years and is now a managing partner in the Virginia law firm Tully Rinckey. “Most of the A-10 pilots I’ve known in the past would take it as a challenge … They are so proud of the accomplishments of the A-10 they would take it as an opportunity. It would embolden them to contact Congress.”

Post is the vice commander of the Air Combat Command, which oversees A-10 air wings and close-air-support units. Federal and military law gives all servicemembers the right to communicate with congressional representatives through official and private channels, though they are not to use their service or rank to endorse partisan political causes or campaigns.

“I love that platform. That said, if I’m for it or against it, I have the unfettered right to contact Sen. Lindsey Graham in South Carolina and tell him about my support of that aircraft,” Youngner said.

He said most airmen understand their rights, and concern over Post’s comments is likely overblown.

“It would appear to me he was advocating a policy decision and the way he approached it, frankly, wasn’t the best way to approach it,” Youngner said. “He is a fighter pilot. He is blunt and direct and probably said it in a way that was consistent with his upbringing.

“In his defense, it was so outrageous that he couldn’t have been serious.”

The Air Combat Command put out a statement saying the reference to treason was “hyperbole” meant to underscore an important point.

“While subsequent government debate will continue at the highest levels … our job as airmen is to continue to execute our mission and duties. Certainly our role as individual military members is not to engage in public debate or advocacy for policy,” the written statement said.

But mention of treason should not be taken lightly, especially by a high-ranking military officer talking about servicemembers’ right to contact their representatives, said Eugene R. Fidell, who teaches military justice at Yale University and served as a judge advocate in the Coast Guard.

“Maybe it is being blown out of proportion, but there is a problem there,” Fidell said. “You are playing with fire when you tell members of the services that they better not get in touch with members of the Congress.”

He said the military has a strict hierarchy that means lower-ranking members listen closely to what superiors say and do. Statements like the one made by Post have to be heeded.

“The danger is it can have a chilling effect beyond what is needed for an orderly workforce, and it can deprive Congress of valuable information,” Fidell said.

Maj. Pete Hughes, an Air Force spokesman, said Friday that the service’s independent watchdog is looking into the matter after urging by Sen. John McCain, R-Ariz.

“The Air Force Inspector General’s Office is conducting a thorough, timely, investigation into the allegations against Major General Post and is actively engaged in determining the facts of the matter in the most expeditious manner possible,” he wrote in an email to Stars and Stripes.

Sen. Kelly Ayotte, R-N.H., said she was “disturbed” by the treason comment and said U.S. law protects the right of servicemembers to speak to lawmakers.

“How could members of the armed forces exercising their lawful right to communicate with Congress be providing aid and comfort to our enemies? If the facts are on the Air Force’s side regarding its efforts to prematurely divest the A-10, what does the Air Force fear?” she said in a statement.

The Air Force proposed the retirement of the A-10, known for its belching nose cannon, last year. Powerful lawmakers such as Sen. John McCain, R-Ariz., and retired Rep. Buck McKeon, R-Calif., came out against the move but eventually suffered a minor loss in December when Congress gave the service some leeway to decrease maintenance and flying hours.

The debate is set to come roaring back in the coming weeks as the 2016 defense budget begins to be hammered out. The Air Force, along with the rest of the Defense Department, is hashing out its budget strategy now and hearings on Capitol Hill are expected to begin next month.
Click to expand...

CxxTxx said:
I have very mixed emotions about this. Were the remarks not said in partial jest?

An Air Force general has been removed from his position after warning airmen not to talk to members of Congress about the A-10 “Warthog” attack jet.

Air Force Maj. Gen. James Post III, a two-star vice commander at Air Combat Command, was under investigation by the Air Force’s inspector general for allegedly telling more than 300 airmen at a Nevada conference in January that they were not to talk to members of Congress about the Air Force's attempts to retire the attack jet.

In response to a question about the A-10, Post discussed “the importance of loyalty to senior leader decisions and used the word ‘treason’ in describing his thoughts on communication by Airmen counter to those decisions,” the investigation found.

Post's “choice of words had the effect of attempting to prevent some members from lawfully communicating with Congress, which is a violation of the U.S. Code and [Department of Defense] Directives, whether that was his intention or not,” said Air Combat Command (ACC).
Click to expand...

Communications made to Congress are truthful under pains and penalties of perjury.

CxxTxx said:
I have very mixed emotions about this. Were the remarks not said in partial jest?

I don't think so.

I just hate to see the armed forces becoming a compete, total, zero defect environment. I mean, even more than it already is...

CxxTxx said:
I just hate to see the armed forces becoming a compete and total, zero defect environment...I mean, even more than it already is.
Click to expand...

Defects are allowed and overlooked if you fit into one of the protected classes however.
J 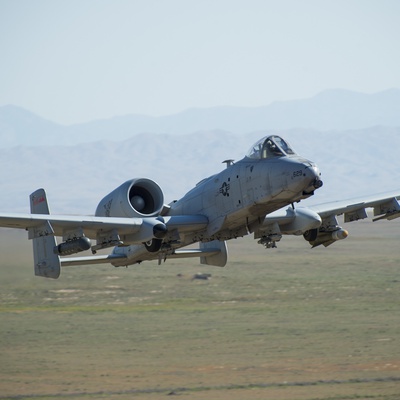 After years of trying to retire the much-in-demand attack jet, the Air Force is putting new wings on 112 more planes.
www.defenseone.com

Well, at least they are off the fence now. I think the confidence of the troops on the ground is worth a bit of money myself and frankly, "Cut them and do they not bleed"?
I

Unless China starts flooding any less-than-peer adversaries with modern equipment, A-10s will be a good resource.

AF IG Report into Post was released under FOIA: