Polish Army ordered 100 tanks of the new design to be delivered before June 1940. In July 1939 the PZInż factory produced two additional prototypes to be extensively tested at tank proving grounds. While tests were generally favourable, it was noted that the new design had much lower speed than had been anticipated. It is unclear how many 9TP tanks were actually produced before the outbreak of World War II on 1 September 1939. It is assumed that the 11 tanks delivered to the Polish Army already after the start of hostilities were of 9TP rather than 7TP design. If this was the case, than the total number of 9TP tanks produced was 13 (two prototypes and 11 production models), with one 7TP with a new engine being an interim design. No documentation has survived however and this is by no means certain. The 11 tanks could have been either standard 7TP or 7TP with some of the modifications included, but not all of them. The tanks of this batch were incorporated in the 2nd Light Tank Company and took part in the fights during the Siege of Warsaw and served with distinction until the capitulation of the city on 27 September 1939.
It is also known as 7TP wzmocniony (7-tonne Polish, reinforced), 7TP wz. 1939 (7-tonne, Polish, mod. 1939), after the names of two prototypes. Some sources claim that 7TP wz. 1939 version entered mass production in September 1939.

Protracted designing-construction works of Polish tank prototypes and the lack of ability to furnish army with modern equipment from abroad gave the foundation for a huge 7TP development in 1938. This programme was mainly aimed at increasing tank’s military value throughout strengthening its armour and (due to envisaged weight increase) using much more reliable powertrain which was supposed to maintain good manoeuvrability and traction performance. In the mid-1930’s, a large experience had been collected, and significant achievements in the field of producing armour plates were reported. Employees of Laboratorium Mechaniczno-Chemiczne BBT Br. Panc. (Mechanical-Chemical Laboratory of Armoured Weapons Technical Research Bureau) in cooperation with Komisja Badania Blach i Płyt Pancernych Instytutu Metalurgii i Metaloznawstwa (Commission for Research of Armour Plates and Sheet Metals from the Institute of Metallurgy and Metal Science) and metallurgical industry representatives had carried a lot of arduous studies followed by endurance tests of homogeneous and cemented (case-hardened) armour. Owing to the fact that Polish industry had short tradition in manufacturing modern plates, such issue was considered as a top priority. These researches led to work out and master mass production of 3-50 mm thick homogeneous armour plates, and also 8-20 mm thick cemented ones.

What was crucial for tanks’ mass production was that metallurgical achievements had made it possible to devise new methods of welding such huge components as hull. In 1937, on the basis of tests results, Maj. Eng. Tadeusz Biemacki, the manager of metallurgy department in Labolatorium BBT Br. Panc., designed and accomplished 7TP’s experimental hull, made of 5-17 mm thick welded armour plates. It weighted around 1700 kilograms — significantly less than hulls built with the previous method, i.e. through superposing plates on a grit formed frame, and, later on, merging them by rivets or screws.

By 1939, several prototypes of this engine had been built; although they were factory-tested, it was impossible to gain some experience from long term exploitation. Accordingly, at the beginning of 1938, the State Engineering Works received the brand new Saurer CT1D diesel engine, and its bulk production was about to be launched under the designation PzInż. 155. Data sheet of PzInż. 155: 600 kg, 6-cylinder inline vertical, cylinder bore x stroke: 100 x 110 mm, capacity: 7980 cm³, 100 HP at 1800 rpm, compression ratio: 16. The Saurer Company provided complete documentation and several model engines. The production start-up was foreseen for 1939.

In April 1938, the Armoured Weapons Command ordered in the State Engineering Works a prototype 7TP tank with such power plant. One month later, it was finally built and delivered to Armoured Weapons Technical Research Bureau (the sample was probably made of iron plate). The tested vehicle (loaded with extra weight in order to simulate heavier armour) was considered as better than the one with PzInż. 725 engine. Its only disadvantage was that the newer motor showed less abilities to overcome rough terrain capabilities, which were caused by weight increase, while keeping the same chassis.

The proposals for further 7TP modernization were presented in two projects:
– the first, proposed by Armoured Weapons Technical Research Bureau (7TP reinforced): this modification provided newly developed Polish PzInż. 725 petrol engine (95 HP), which was smaller than the diesel one, and welded hull, of a lower profile, with a slanted front plate of the combat compartment. The brand new power plant was mounted on a right side of engine compartment (a drive shaft was also moved to right side, so it would be less an obstacle for the turret's crew). What is more, the cooling system had been significantly changed: its cooling grates were removed from an engine deck, and replaced with slots in sides. The motor's mass had an influence on reducing overall tank weight. All these qualities weighted in favour of PzInż. 725. On the other hand, the use of petrol increased the risk of fire, and tank would be ignited by direct hit. The armour, while maintaining the 7TP's weight and traction performance, was to be up to 30 mm in front and rear (vertical plates), 25 mm on a front slanted plate and the driver's hatch, and 20 mm on sides and turret. The driver was to be equipped with two G wz. 34 reversible periscopes.

– the second, proposed by Studies Bureau of the State Engineering Works, worked by Edward Habich (7TP mod. 1939): in this variant, the PzInż. 155 engine was used. The tank hull shape was slightly different, in comparison with the 7TP; only armour thickness increased from 17 mm to 40 mm in hull front, from 17, 13 and 9 mm to 25, 20 and 13 mm respectively in sides, and from 15 to 20 mm in turret's sides and to 40 mm in turret's front. Weight also increased to 10 594 kg, so strengthened suspension (320 mm wider tracks, road wheels with replaceable rubber), and C7P tractor's transmission were proposed.

Both project were submitted for consideration in May 1939. Despite the fact that the State Engineering Works draw heavy criticism from Col. Patryk O'Brien de Lacy (the head of AWTRS), its solutions gained Armoured Weapons Command's approval. Two prototype light tanks named 7TP mod. 1939 were ordered. In July, these vehicles (with some different adjustments — the one had standard transmission, the other adopted from C7P tractor) were finally built and received by Military Technical Inspection. Since 28 July, in the Kampinos Forest, tanks had been investigated and subjected to comparative trials with the third vehicle (it was to be experimental 7TP with CT1D engine, or another prototype tank called PzInż. 725).

During the first drives, the prototype with C7P's transmission obtained the best results and performance, so it was supposed to be launched in mass production. Unfortunately, the outbreak of the Second World War foiled these plans.

At the beginning of September, two or three experimental 7TPs mod. 1939, along with several different prototypes, were assembled in the WD BBT Br. Panc. (the Experimental Workshop of AWTRS), and in the SEW in Ursus (former Czechowice) near Warsaw. There is no information whether they were evacuated or stranded (damaged or concealed). 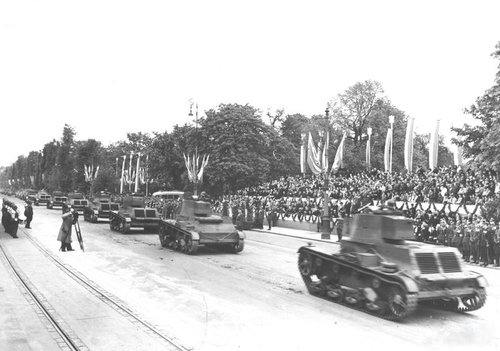 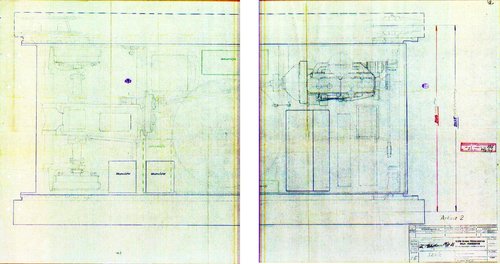 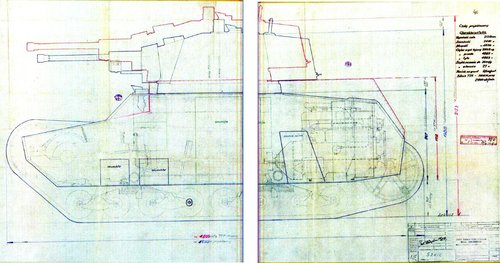 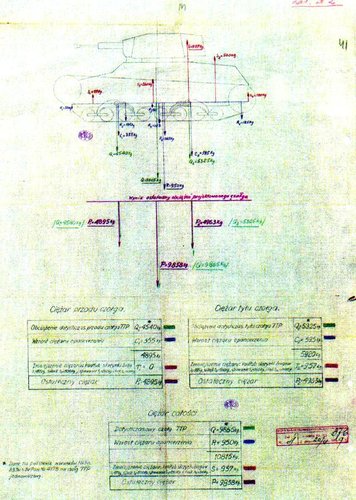 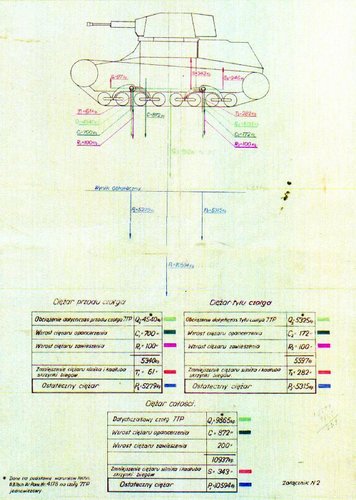 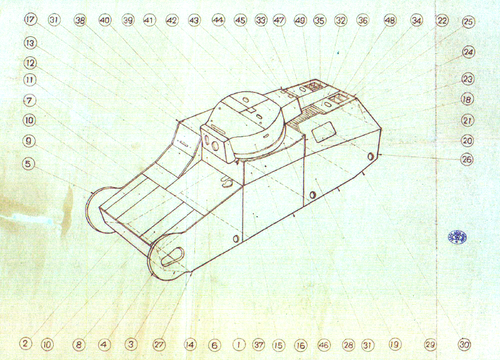 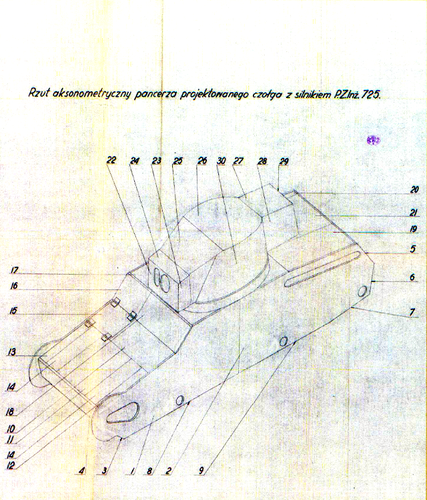 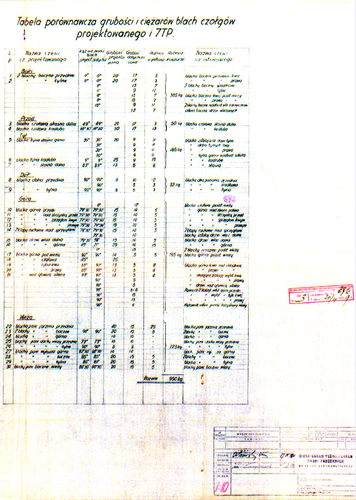