It always puzzled me, the number of extremely advanced aircraft prototypes and projects that fell victims to the late 50's advent of SAMs and ICBMs. I've decided just for the fun of it to make a list of all these lost wonders, by country. It is an evoluting job.
I could have called the thread "50's aircraft pornwank" but it might have shocked sensitive ears and eyes.
Obviously the list is arbitry and probably has some ommissions.

What I have in mind is a comic akin to this > https://www.bedetheque.com/BD-Dan-Cooper-Les-aventures-de-Tome-3-Le-mur-du-silence-27937.html
Except much updated / revamped /reworked.
Basically the same plot - at the height of Cold War circa 1958, an extremely advanced, mysterious aircraft plays havoc with world air forces, air spaces, ATC, and the like. Facing such a threat, all the flying wonders below are brought into alert to fight the menace.
Of course that threat is merely a pretext to draw all those lost flying wonders. Plus types already in service of course - Crusader, F-106, Mirage III, Drakens...
A simple plot device would be the classic "surviving nazi mad scientist" trope, involving either the manned A4b, or Saenger antipodal bomber, or A9/10. Also the Keldysh variant. Hmmm...

And many, many more.
A

Just a few more off the top of my head.
A

Excellent. I had forgotten a lot of Soviets and British beauties. The type 545 I remind this one from Tony Butler books, it looked so good.
And yeess, Kurt Tank designs, Pulqui II & Marut, particularly useful if I want nazi supervillains. Also Messerchmidt (goddam german name, never wrote it properly)

Basically Hitler is a little more crippled on July 20, 1944, as such he becomes less of a "control freak" on the back of its generals late in the war; they manage to get the Battle of the bulge cancelled, keeping these troops for defense or a more limited offensive, same for Bodenplatte, canned for Galland "big offensive".
Whatever, this delay the defeat only by some days or weeks, of course. Just enough time to start exfiltration of advanced tech to Norway for another "last stand"by the troops there, after what they are evacuated by a handful of I-400 submarines (thanks Japan for that, another convenient POD from 1943-44) to a base in the Arctic (ze nazi zecret base, achtung). The base is gradually build thanks to I-400 subs shuttling between the arctic and South America, where more nazis re-create a discrete, underground wunderwaffen industry.
During ten years the nazis use the I-400s to gradually build V-2s and other weapons they conceal into watertight contenairs at the bottom of the sea. The I-400s are improved with Walter AIP LOX/H2O2 systems for more duration. No nuclear subs of course, but AIP can do wonders (just ask the Swedish SSKs).
And hence, a day of May 1955, missiles start raining from seemingly nowhere: the I-400s lobs a couple of V-2s here and there, just to spread terror and raise Cold War tensions.
As such, Air Forces of the world are put in alert to face the threat...
Last edited: Sep 23, 2019
M

The XP-65 looks like the living incarnation of the Batplane

Sorry for some of these entries but I will only keep post-1954 advanced designs...

Archibald
As an enthusiast for the giant French and Belgian Graphic Novels as well as the UK's own Jeff Hawke strip I can only applaud your suggestion for a graphicerotic novel featuring our favourite 50s aircraft.
My own Urchronie/alternate universe has the Germans giving up on rocketry after the RAF and Polish partisans erase Peenemunde and Von Braun's team. The B29 becomes the wunderwaffen of the 40s and rocketry in the US and Russia as well as Britain hobbles along as eccentric space dreams and small sounding rockets. Similarly German anti aircraft rockets are dismissed postwar and radar guided AA like Green Mace serve instead. The monstrous 280mm atomic cannons become the main cold war tactical system
In this world the battle is between powerful long range interceptors with cumbersome aa missiles and high flying supersonic bombers
A

It just ocurred to me: with some invisible threat from the sea, maybe Convair Sea Dart and Martin SeaMaster could be saved and pressed into service. Oh gezz, so many coolness potential !
Last edited: Sep 29, 2019

The series Blake and Mortimer which features a 50s setting and a more recent BDalbum involving resurrectes nNazis and a Hilter lookalike show that there are settings for the kit. The long running Jour J series also
A

Hell yes, Blake and Mortimer. Pretty nightmarish and dystopian at times.
A

It is a combination of the huge I400 submarines with the Walter and Kreislauf AIP systems. I was wondering if such a ship could rally Norway to Japan passing under the pole, as did nuclear subs later on ?
The trick is to settle ze nazi wunderwaffen base somewhere in the Artic, probably there. 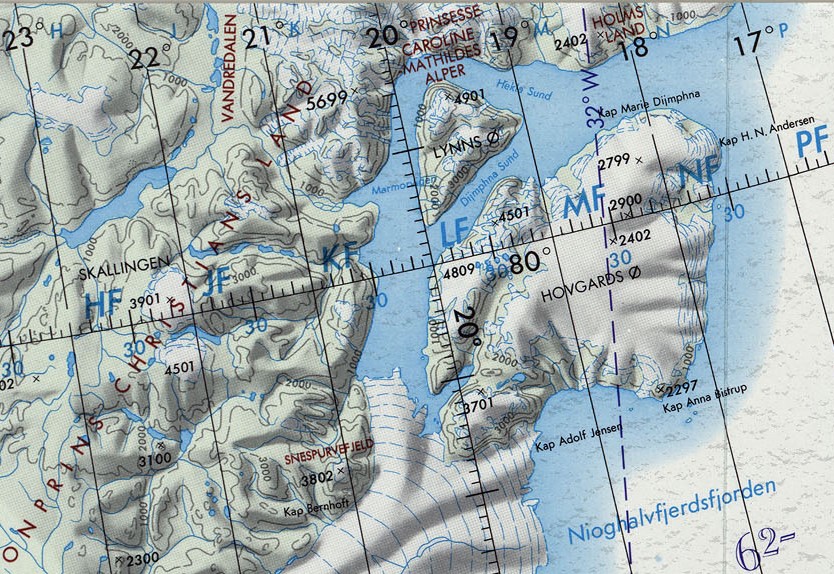 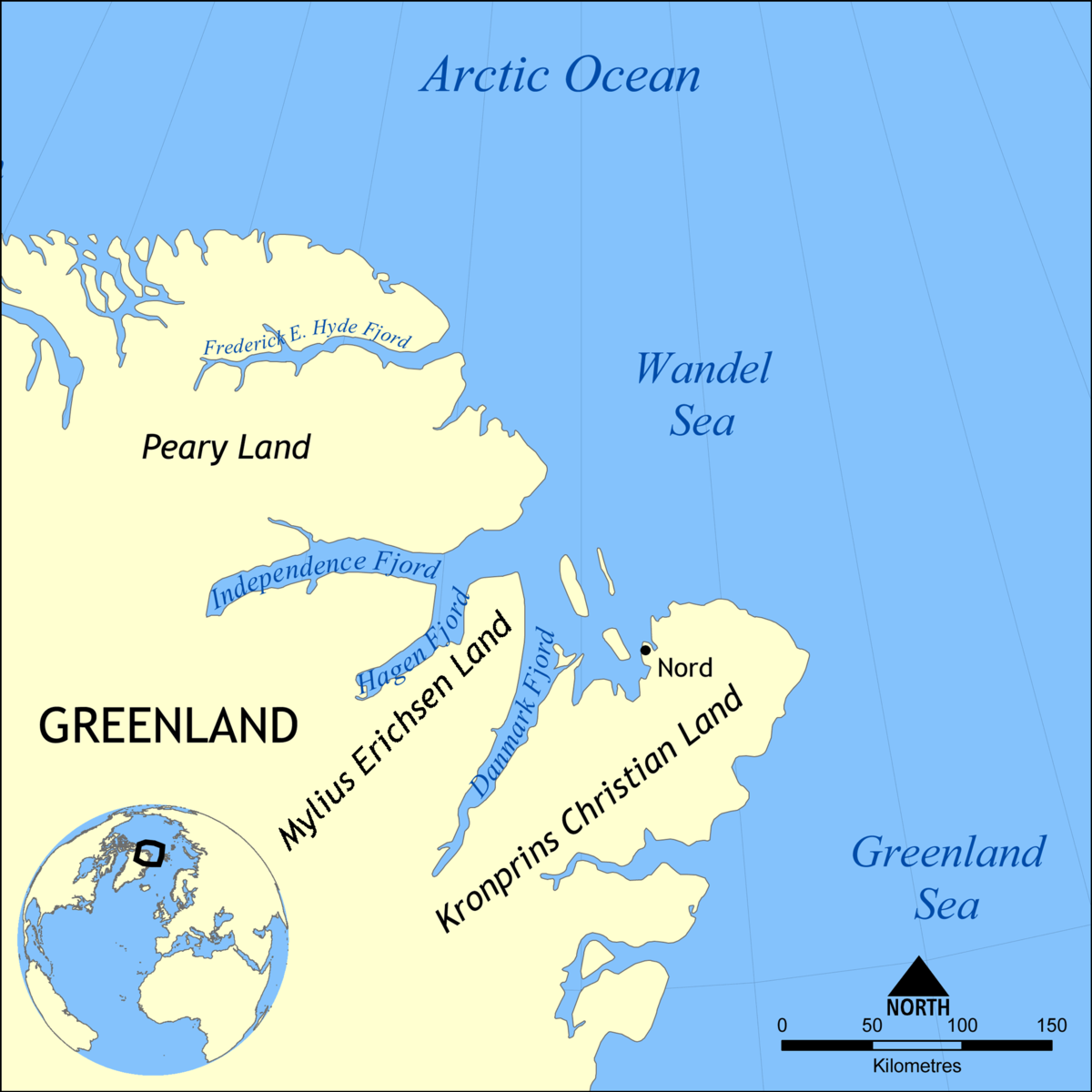 Then it is expanded by I400-AIP runs to South America. Where small, clandestine workshops are discretely manufacturing V-2 parts thanks to former nazis hidding the workshops. The V-2 parts are then placed in watertight contenairs that are carried off the Chili coast by fishing trawlers and discretely recovered by the modified I400s. They also recover natural resources.
Also Heseinberg reactor that nerly went critical with all the uranium cubes. They are recovered and the reactor is used to melt the artic ice and create ze nazi base under thick ice, rock, and underwater.
The former nazis use the 1945-53 priod when Uncle Sam demobilized and was then very busy in Korea.
They drop dozens of watertight contenairs filled with mines on the ocean floor,in front of every important port, to be reactivated by a zecret zignal from a passing I400.

AIP I400 subs start lobing R-5 and A-4b medium range missiles on the coasts, with anthrax, VX, radiological warheads. The mines ravage civilian and military maritime traffic. This is only phase 1. Phase 2 unleash EMW A6s hypersonic aircraft ZELL-launched from the subs and bouncing off the atmosphere, Sanger style. This ravage civilian aviation.
https://www.nevingtonwarmuseum.com/germany-emw-a6.html
Improved subs with AIP proves nearly unvincible to ASW systems as were the early nuke subs (Nautilus and others). After losing ASW hunting forces and aircraft, the USN is forced to introduce the P6M Seamaster with an escort of Sea Darts.
Meanwhile air forces of the world proves impotent against the EMW A6.
And this start the "aircraft porn" aspect of the story. It accelerates the late 50's "fighter race", plus BOMARC missiles systems for NATO, and Typhon for the USN.
Meanwhile a combined subsonic bomber force of Vulcan, Valiants, Victors, B-47s and Tu-16s is massacred by ze advanzed nazi air defenze zyztem over the Artic.
As such, it is decided the next wave will feature Blue Steels, Navaho, Burya, Skybolts, Regulus II to clear the path ahead of a more advanced bomber force - Avro 730, XB-70, and M-52 Bounders.
Reconnaissance also pays a heavy tribute, at least the U-2s, so more advanced systems are pressed into service.
Last edited: Oct 8, 2019
R

Archibald said:
I was wondering if a Sparrow III SARH missile from a Phantom could shoot down a V-2 at terminal velocity (around 1500 mph).
Click to expand...

Can a Sparrow III shoot down anything really? (Like a 40% hit ratio IIRC and often that didn't count the fact they launched all 4 missiles, two unguided to 'constrain' the target manuvering and then two with guidance to try and kill the target) Assuming OTL like performance you could probably lock on and try for a hit but how effecive would an anti-aircraft warhead, (at the time, again IIRC, an HE fragmentation warhead) be against an incoming missile warhead? Even OTL Patriot's didn't do much actual damage to the warhead but simply pushed it off course by causing it to tumble.

It just ocurred to me: with some invisible threat from the sea, maybe Convair Sea Dart and Martin SeaMaster could be saved and pressed into service. Oh gezz, so many coolness potential !
Click to expand...

Maybe but being sea-based may make them more, not less, vulnerable. Another thing to note is while OTL helicopters replaced blimps as airborne ASW forces because they had a rougher time picking up and prosecuting AIP, (in this case nuclear) targets. They were in fact very much quiter and found it easier to sneak up submarine. And given a more important and critical role as Airborne Early Warning radar carriers they could see more use.

Or I could go the full fantasy way and put some fairy dust on the Sparrow II and Typhon to get AEGIS and AMRAAM some decades in advance.
R

Archibald said:
Or I could go the full fantasy way and put some fairy dust on the Sparrow II and Typhon to get AEGIS and AMRAAM some decades in advance.
Click to expand...

Well Typhon was supposed to be a proto-AEGIS and it wouldn't take much to push Sparrow up a few marks if it was "really" needed. (Look what Vietnam did for them and guided weapons in general)

Although the artwork was not up to the qualityof the big French books, there was a long running comic book series in the mid 90s called Tigers of Terra which had some stuff like this.Although it was mainly the usual Nazi kit there was one good strip about B70s raiding Moscow leading to a duel between an F108 Rapier and Mig 25. It was only in black and white but the planes were quite well drawn.
Will see ifanyone has posted the images online
R

uk 75 said:
Although the artwork was not up to the qualityof the big French books, there was a long running comic book series in the mid 90s called Tigers of Terra which had some stuff like this.Although it was mainly the usual Nazi kit there was one good strip about B70s raiding Moscow leading to a duel between an F108 Rapier and Mig 25. It was only in black and white but the planes were quite well drawn.
Will see ifanyone has posted the images online
Click to expand...

TofT is a classic so no badmouting Ted!

Probably known to you but I have just got my paws on the Buck Danny volume Alerte Rouge which gives the Tsybin R 020 the Firefox treatment with some Migs and F104s as well.
A

Heck no, never heard about these new Buck Danny ! Tsybin RSR, what's not to like ? 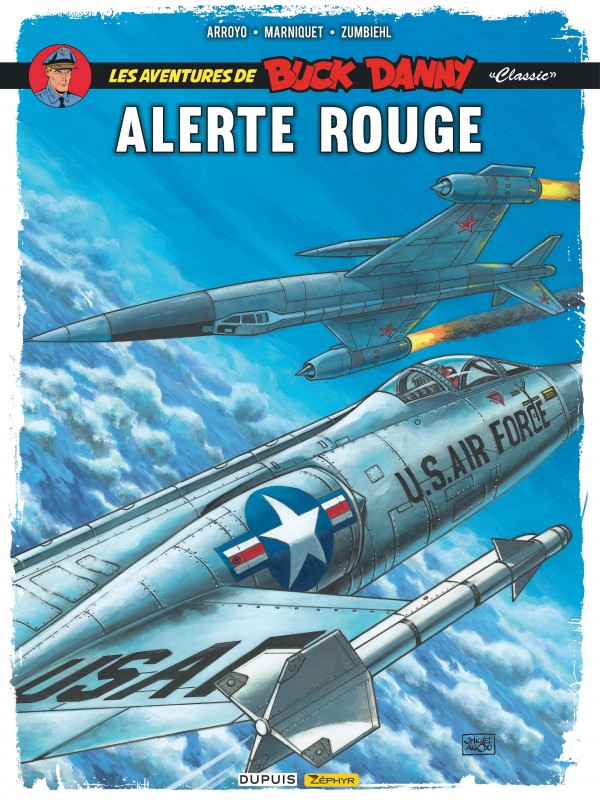 www.dupuis.com
to wet your appetite